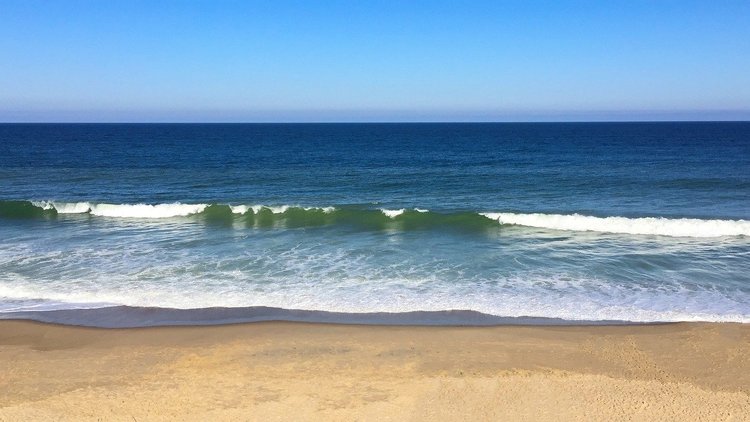 Earlier this week, I received an e-mail from my friend Rob Sanchez that sent me into a tailspin.

As the story goes, 700 Cape and islands summer businesses that "rely" on H-2B visas to fill 5,000 hotel and restaurant worker jobs will be hurting because, according to the United States Citizen and Immigration Service, the annual quota of 66,000 visas has been filled. No more cheap labor will be available to the Cape's tourist industry.

Cape Cod Chamber of Commerce  Executive Director Wendy Norcross (e-mail: wendy@capecodchamber.org), acting on the advice of immigration lawyer Matthew Lee (e-mail: matthew@mersonleelaw.com), has urged chamber members to contact Congress to lobby for an increase in the numbers of H-2B visas. Lee is distressed because unless the cap is lifted, several of his clients won't get their cheap labor, and will be forced to hire Americans. And, of course, nothing is more painful to an immigration lawyer that losing out on fees.

My blood pressure soared because, as someone who owned and operated restaurants and bars, I know that jobs in resort areas as lifeguards, busboys, dishwashers and fry cooks are coveted by college kids—and for good reason. You can make decent money. Even those lower skill jobs in restaurants where tips are shared can be lucrative. And they are the first step toward the better jobs of table waiting and bartending. Best of all for the kids, when you're not working, you're at the beach or on the tennis courts.

How hard can Cape Cod be trying? A search for dishwashers and fry cooks the very same Cape Cod Times job link showed no postings.

New England is home to thousands of universities well stocked with potential employees.

At the Smith College website, a summer job link leads students to "jobs at resorts, beaches, cruises, and other fun places." Job openings were posted for Santa Cruz, CA. and Amelia Island Plantation, FL but nothing on Cape Cod.

At the Harvard website, employers are encouraged to post job opportunities.  Apparently it never occurred to Cape Cod to try Harvard. Again, nothing is posted.

Casting light on the local labor surplus, Professor Andrew Sum of Boston's Northeastern University reported in his new study "Youth Shut Out of Labor Market" that the job market for 16-to-19 year- olds is as low as it has been since the government started tracking statistics in 1948.  Some of those teenagers could most certainly fill the Cape Cod jobs.

Sum had a dead-on accurate analysis of how trickle down works in the employment market. According to his research, in 2000, at the peak of the last economic boom, 45 percent 16-to-19 year olds worked. Today less than 37 percent are employed. In Massachusetts (for the geographically challenged, the state where Cape Cod is located!) the percentage of employed teenagers has dropped from 48 percent to 39 percent. Sum found similar steep declines across the country.

"Competition for jobs always gets more intense in difficult times. College graduates take jobs that in better periods would go to high school graduates. Full-time workers trade down into part-time positions. The past three years have been especially hard on job-seekers. The US economy has shed 2.3 million jobs since the beginning of 2001. Job growth resumed in the past six months, but the gains have been modest by historical standards."

He also found that:

"There were 3.139 million 20- to 24-year-olds during 2001 who were both jobless and out-of-school, representing more than 60 percent of the 16- to 24-year-olds who were neither at work nor in school. Given that these formative years are critical ones for educational, human capital, labor market, and social development, keeping young people actively involved in school and work activities is crucial to their long-term labor market success."

Sum concluded that today's tight job market is different from earlier ones because of the competitive element introduced by immigrants. Nationwide, according to Sum, 2.5 million immigrants found work between 2000 and 2003.

In Sum's report, he wrote:

"There is clear evidence of displacement of native-born, young adults by these new immigrants, a majority of whom are young, male, and poorly educated."

In summary: despite being surrounded by teenagers desperately looking for summer or full-time work, Cape Cod employers are demanding relief from Congress in the form of more H-2B visas.

And although Professor Sum's latest data proves that recent immigrants have displaced native-born, young adults, Cape Cod sees fit to fill its positions with applicants from around the world.

How much more cynical can anyone get than the Cape Cod crowd? In his newsletter, Sanchez pointed out "The vacation industry prefers H-2B visa holders but also hires foreign students on J-1 visas for temporary help (the H-2Bs are typically full-time permanent positions). Employers prefer H-2B and J-1 workers over American students because the foreign workers are willing to live on-site in an arrangement similar to labor camps."

But kids are willing to trade "labor camp" conditions for jobs at resorts. I have spoken to friends who worked summers at Glacier National Park and lived in the bunkhouse. They remember it as the happiest time of their lives.

The answer for the Cape Cod tourist industry is simple. Hire American and, if you must, charge more for the lodging and food. And at the bottom of your brochure, in big bold type, print "SERVICE PROVIDED BY All-AMERICAN KIDS WORKING TO EARN MONEY TO BUILD FOR THEIR FUTURE."