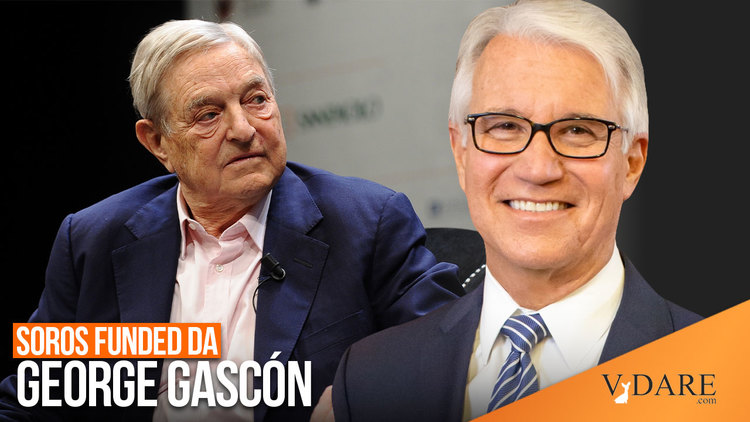 Earlier by Ann Coulter: Citizens Who Want To Live In Safe Neighborhoods—Black People The Media Hate (And Rand Paul Isn't Wild About) 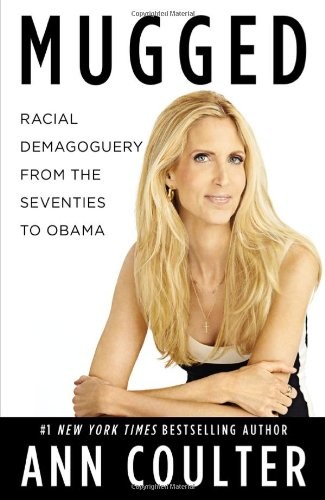 Hey, whatever happened to that story about Sandra Shells? She was the 70-year-old nurse killed by one of Los Angeles’ many “unhoused” individuals (drug-addicted psychopaths) while she waited for a bus at 5:15 in the morning in January, on her way to her job at the Los Angeles County-USC Medical Center.

A homeless guy, Kerry Bell, walked up to Shells and punched her in the face, knocking her to the ground and fracturing her skull. She died of her injuries three days later.

Her life mattered more even than, say, George Floyd’s—and I can prove it.

1) Shells was a hardworking nurse, remembered as “kind, compassionate and giving” and a favorite of patients.

2) There is no evidence that she’d ever committed a home invasion robbery on a woman in Texas, pistol-whipped the woman and put a gun to her abdomen.

4) She did not have a long rap sheet, including selling cocaine, selling crack and theft.

5) She was merely standing at a bus stop—not, for example, resisting arrest after passing a counterfeit bill and having the police called on her.

But no one even knows her name, much less runs around erecting sacramental altars to her. To the contrary, news about this vicious assault on a kindly nurse was purged from all media outlets approximately 10 minutes after it happened. The police haven’t even released her assailant’s mug shot. Only after extensive searching online can you find the arrest report for Bell. “Race: B.”

It doesn’t matter to me, but it does to some of you, so I’ll mention that the victim’s race was also “B.”

If you can’t remember Shells’ name, then please remember this name: George Gascon, the district attorney entirely responsible for the explosion of murders, stabbings and smash-and-grab robberies in Los Angeles. So many, in fact, that the sickening murder of an elderly nurse isn’t considered especially newsworthy.

Which happens to be the official policy of the Democratic Party. Pay no attention to the windbaggery of President Biden’s recent Oh My God, Midterms Are Coming speech—I mean, State of the Union address—where he said, “The answer is not to defund the police. The answer is to fund the police!” Has he met his vice president? Kamala Harris endorsed Gascon.

Gascon’s response to the bloodbath he’s unleashed on the City of Angels is to announce: “In many ways, we cannot prosecute our way out of social inequalities, income inequalities, the unhoused, the desperation that we have.”

Nor, come to think of it, the rest of the sentence. Is it a prosecutor’s job to reduce “social” and “income” inequalities? How about inequalities in work ethic, mathematical skills, good looks, athletic ability, comedic talent and empathetic understanding?

While it’s nice that the Los Angeles D.A. has made the amazing discovery that people are different, if he thinks it’s his duty to make all people the same, he may have a misunderstood the job description of a D.A.

As for Gascon’s apparent goal of eliminating “the desperation that we have,” the main cause of “desperation” among Los Angelinos right now is George Gascon. If he really wants to do something about “the desperation,” he should resign.

Gascon is either very, very stupid or thinks the public is stupid, and his incomprehensible verbiage will persuade them that the last thing he should be doing is prosecuting criminals.

How’s this for desperation? The fabulously wealthy Clarence and Jacqueline Avant, a legendary music producer and his ex-model wife, felt they had to hire a private security guard for their $7 million Beverly Hills home. Late last year, they’d also voted with their neighbors to hire guards to patrol their pricey Trousdale Estates neighborhood.

Days before the neighborhood patrol began, Aariel Maynor, a felon on parole despite a long list of priors (assault, robbery and grand theft) snuck past the Avants’ private guard at the front door, smashed a sliding glass door in the back, and burst in on the very much awake Mrs. Avant, a night owl, as her husband slept in their bedroom.

Maynor promptly blew her away with an AR-15 rifle. Hearing the gunfire, the private guard rushed in and Maynor shot at him, too, missing. He fled, but was captured about an hour later, after accidentally shooting himself in the foot while burglarizing a house seven miles away.

Mrs. Avant’s life mattered—even more than some other celebrated lives you may have heard of.

2) She was a generous donor to local causes, such as the Neighbors of Watts and the South Central Community Child Care Center.

3) She was not a meth addict or violent ex-con who’d put a gun to a woman’s stomach, or passed a counterfeit bill in Minneapolis, then resisted arrest.

4) For my liberal readers: Mrs. Avant was an African-American.

But far from a national rending of garments, as we saw in tribute to Saint George, the response to Mrs. Avant’s murder was this: The D.A. promptly sent out a fundraising letter, making a heartfelt plea on behalf of armed criminals like the sociopath who killed her.

It’s bad enough to have dangerous psychos out on the street, threatening our lives because there’s something wrong with their brains. The least we can expect is that they aren’t D.A.s.