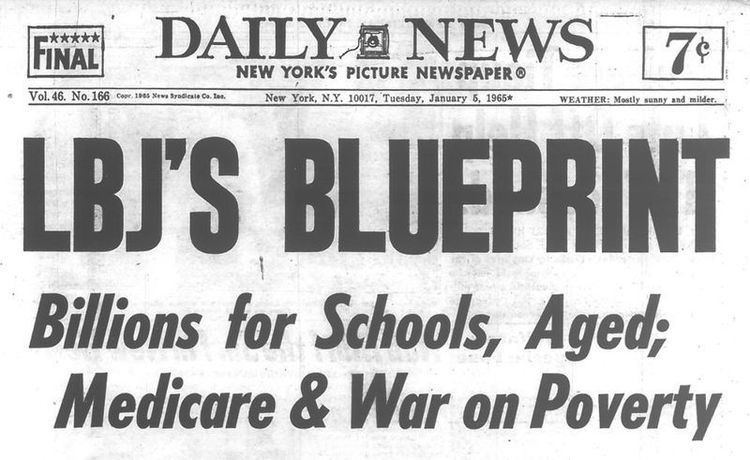 Did `The Great Society` Ruin Society?

"I'm not concerned about the very poor. We have a safety net there. If it needs a repair, I'll fix it."

Thus did Mitt Romney supposedly commit the gaffe of the month—for we are not to speak of the poor without unctuous empathy.

Yet, as Robert Rector of the Heritage Foundation reports in "Understanding Poverty in the United States: Surprising Facts About America's Poor," Mitt was more right about America's magnanimity than those who bewail her alleged indifference.

First, who are the poor?

And in what squalor were America's poor forced to live?

Well, 99 percent had a refrigerator and stove, two-thirds had a plasma TV, a DVD player and access to cable or satellite, 43 percent were on the Internet, half had a video game system like PlayStation or Xbox.

America's poor enjoy amenities almost no one had in the 1950s, when John K. Galbraith described us as "The Affluent Society."

What about homelessness? Are not millions of America's poor on the street at night, or shivering in shelters or crowded tenements?

Forty-one percent of poor families own their own home.

But are they not packed in like sardines, one on top of another?

Not exactly. The average poor person's home in America has 1,400 square feet—more living space than do Europeans in 23 of the 25 wealthiest countries on the continent.

Two-thirds of America's poor have two rooms per person, while 94 percent have at least one room per person in the family dwelling.

Only one in 25 poor persons in America uses a homeless shelter, and only briefly, sometime during the year.

What about food? Do not America's poor suffer chronically from malnutrition and hunger?

Not so. The daily consumption of proteins, vitamins and minerals of poor children is roughly the same as that of the middle class, and the poor consume more meat than the upper middle class.

Only 2.6 percent of poor children report stunted growth. Poor kids in America are, on average, an inch taller and 10 pounds heavier than the youth of the Greatest Generation that won World War II.

In fiscal year 2011, the U.S. government spent $910 billion on 70 means-tested programs, which comes to an average of $9,000 per year on every lower-income person in the United States.

Children of the poor are educated free, K-12, and eligible for preschool Head Start, and Perkins Grants, Pell Grants and student loans for college.

Lyndon Johnson told us this was the way to build a Great Society.

Did we? Federal and state spending on social welfare is approaching $1 trillion a year, $17 trillion since the Great Society was launched, not to mention private charity. But we have witnessed a headlong descent into social decomposition.

Half of all children born to women under 30 in America now are illegitimate. Three in 10 white children are born out of wedlock, as are 53 percent of Hispanic babies and 73 percent of black babies.

Rising right along with the illegitimacy rate is the drug-use rate, the dropout rate, the crime rate and the incarceration rate.

The family, cinder block of society, is disintegrating, and along with it, society itself. Writes Rector, "The welfare system is more like a 'safety bog' than a safety net."

"Today ... 67.3 million Americans—from college students to retirees to welfare beneficiaries—depend on the federal government for housing, food, income, student aid or other assistance. ... The United States reached another milestone in 2010. For the first time in history, half the population pays no federal income taxes."

The 19th century statesman John C. Calhoun warned against allowing government to divide us into "tax-payers and tax-consumers." This, he said, would "give rise to two parties and to violent conflicts and struggles between them, to obtain the control of the government."

Patrick J. Buchanan needs no introduction to VDARE.COM readers; his book State of Emergency: The Third World Invasion and Conquest of America, can be ordered from Amazon.com. His new book – Suicide Of A Superpower: Will America Survive to 2025? was released in October 2011. His previous  book,  Churchill, Hitler, and "The Unnecessary War": How Britain Lost Its Empire and the West Lost the World,  was reviewed here by Paul Craig Roberts