As sex was a taboo subject with the Victorians, so with us is the subject of group differences in IQ.

Daniel T. Seligman is distracted. He is frequently distracted. His small, slim figure can often be seen moving distractedly through Fortune magazine's corridors like a shy, slightly austere version of Alice in Wonderland's White Rabbit, preoccupied by his popular "Keeping Up" column.

But today, secure in his Upper East Side Manhattan apartment burrow where he works, Seligman's distraction has a surprisingly unscholarly cause: gambling. He is banker for a syndicate that is attempting to "pick six"—select six winners in a row—at New York's Belmont Racetrack.

Gambling, in many forms, is a passion with Seligman. The 210-megabyte computer in his home office contains a meticulous cumulative record of his winnings and losses over several years. Chiefly losses at the moment, despite reasonable winnings on the presidential election. "It's been a bad year," he says wryly.

Now Seligman is making a different sort of gamble, potentially career-wrecking for anyone without his professional status and seniority. (At 68, in his forty-third year with Time Warner and his seventeenth year of "Keeping Up," he's technically retired and on contract.) In A Question of Intelligence: The IQ Debate in America(Birch Lane Press, $16.95), Seligman defies one of the most powerful contemporary taboos. He reports, clearly and calmly, the mounting scientific evidence that human intelligence:

Seligman says the modern taboo against discussing intelligence and race can be compared only with the Victorians' repressiveness about sex. He's nearly been repressed already. Whittle Communications originally commissioned his book but backed off, although paying the full fee, apparently because it feared repercussions in the school market. Seven major publishers declined the manuscript thereafter.

And this taboo has led to an extraordinary paradox. Seligman points to an exhaustive survey by Mark Snyderman and Smith College's Stanley Rothman, published in 1988 as The IQ Controversy, that documented how all the above points are regularly denied in the popular media but simultaneously quietly accepted by the majority of experts, such as behavioral geneticists and cognitive scientists.

The conventional objection to IQ tests: They are inevitably "culturally biased." But Seligman reports that during the 1980s scientists decisively refuted this claim in several ways. For example, the University of Minnesota's massive survey of separately reared identical twins has found uncanny similarity in their IQs, and many other characteristics, despite extreme and even bizarre variations in their environments. (In one case, the twins were raised respectively as a Hitler Youth member and as an observant Jew.) Similarly, the work of Berkeley's Arthur Jensen suggests that IQ is directly correlated with objective material realities, such as fast reaction time and various physical processes within the brain itself.

There is, of course, no mystery in the widespread denial about IQ. It has offensive implications in a society based on the commendable proposition that all men are created equal so far as their rights are concerned. IQ, however, is not about rights; it is about ability.

Forbes: You report that, on average, identical twins are 5 points lower in IQ than single births, and this may be why there have been relatively few prominent identical twins. Well, I'm an identical twin. If I tell you I find this offensive, your answer would be (a) it's true on average, not for every individual and (b) too bad?

Twins are not a political issue (yet). But blacks and other minorities emphatically are. Seligman's figures show that American blacks have consistently tested, on average, about 15 to 18 points below American whites, who average 102.

Seligman does not argue that this means any white you stop in the street will be necessarily smarter than any black. Group averages tell nothing about individuals. Blacks score at all ability levels, including the very highest. Individual black scores as high as 200 have been recorded. There are about 5 million American blacks who score above the white average.

And for those who still believe in white supremacy, Seligman has bad news: On average whites score lower in IQ tests than East Asians.

So why drag all this into the open at a time when reasonable people want better race relations? Seligman's answer: Since IQ is a good measure of potential job performance, it cannot be ignored in hiring and promotion, as affirmative action quota policies dictate. He suggests that, in attempting to ensure equal representation at every level, public policy may be on a collision course with reality.

Intelligence in a population, Seligman points out, is distributed in a "normal" or bell-shaped curve around the average, or median, score. The further from the median, the more dramatically the number of individuals in that range shrinks.

Thus an IQ level of 115 is considered the threshold for top managerial and professional jobs. Only about 16% of whites, or about 30 million, score at or above it. There are many individual blacks in that range. But their proportion of the total black population is smaller, because the 115 threshold is further from the black median IQ.

Seligman cites University of Delaware sociologist Linda Gottfredson's work: "It suggests that the distribution of income and occupations may already be about what the IQ numbers would predict."

"The black-white IQ gap is only one chapter out of 15 in the book," Seligman says. But, he adds resignedly, "It's what people really want to talk about."

Among the issues discussed in those other 14 chapters: the potential productivity gains if testing were more widely used (enormous, perhaps as much as 1% to 2.5% of GNP); the slippage of IQ with advancing years perhaps more than 20 points from age 25 to age 60); and, unexpectedly, that love is not blind (the IQs of husbands and wives correlate as closely as the IQs of siblings).

Then there's the case of East Asians and Jews. Both score significantly above the white average. But in quite different ways - East Asians are more spatial, Jews more verbal.

Seligman has this fact handy if (and when) he is accused of Nazism."I'm not aware that the Nazis were interested in IQ testing. It would have shown that what they called an inferior race was actually superior."

Even more unexpected, Seligman says, twin studies seem to show a strong genetic component in political attitudes. He normally ascribes his own politics to the philosopher Sidney Hook, with whom he studied at New York University. But this finding has made him think anew about his father, son of a Jewish immigrant from Lithuania, who he says was "the only Republican in the fur business."

Seligman's mother was an Irish Catholic in the days when mixed marriages were rare. He himself has been a discreetly devout atheist since the age of 9. Seligman and his wife of 39 years have two children and four grandchildren, the most recent two adopted Guatemalan boys.

Gambling at Belmont is one thing. Isn't gambling by taking on this forbidden subject something else?

As a battle-scarred columnist, Seligman laughs grimly. "You get worse mail when you attack the feminists," he says.

Letter
A Southern Maryland Reader Learns, From The DAILY MAIL, What The American MSM Never Told Him About The Washington Snipers 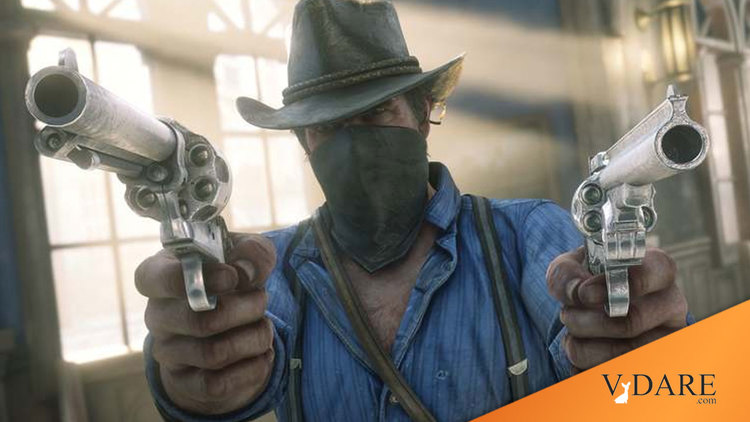