President Joe Biden issued a stark order to Big Tech this week: “I make a special appeal to social media companies and media outlets. Please deal with the misinformation and disinformation that's on your shows. It has to stop” [Remarks by President Biden at Virtual Meeting on Military Deployments Supporting Hospitals for the COVID-⁠19 Response, WhiteHouse.gov, January 13, 2022]. It’s not the first time the Biden Regime has demanded more censorship from Big Tech—and it won’t be the last. Big Tech is already suppressing the Right. Twitter banned Rep. Marjorie Taylor Greene, the George Republican, for “spreading disinformation.” Also recently banned was mRNA vaccine pioneer Robert Malone. As the 2022 midterms approach, expect more. The Left’s end game, though, is abolishing Section 230 of the Communications Decency Act. Happily, GOP leaders don’t seem to favor the idea. It’s a bad one that would cement Leftist control of speech online.

After the Mostly Peaceful Unite the Right protest in Charlottesville, the loudest voices calling for tech censorship were journalists and politicians. Big Tech complied and suppressed the Alt-Right. The same thing happened after the Christchurch mosque shooting. Democrats hauled Big Tech execs before Congress to berate them and demand more censorship. Execs complied, but didn’t do enough.

Big Tech has since followed the dictates from Democrats and Journofa on the 2020 election, China Virus, and other topics. But Biden wants the platforms to censor more. Banning POTUS 45 after the media-spun “insurrection” at the U.S. Capitol on January 6, 2020 wasn’t enough.

For the radical Left and Democrat Party, that means deep-sixing Section 230, which protects social media platforms from defamation and liability claims that publishers face. They receive that protection because they are supposed to be neutral. Anyone can post anything. They’re supposed to be public bulletin boards.

Of course, we all know they are no such thing. So why get rid of something that Big Tech doesn’t follow anyway? Because Leftists think Section 230 allows “hate speech” and “misinformation” without consequences. Democrats want it so social media platforms become liable for all their published content. And that would lead to more censorship.

Yet even without the change, tech censorship has already intensified. Big Tech had no problem banning a sitting president from social media. Now they include lawmakers like Greene and other prominent people who challenge Leftist narratives. Expect more conservative, pro-Trump political candidates to be banned in the run-up to November 8, 2022.

And it won’t just be the “racists” or conservatives who suffer. The popular podcaster Joe Rogan is in the censors’ crosshairs for challenging the China Virus narrative. Hundreds of Leftist “doctors” and “scientists” want Spotify, which hosts his podcast, to boot him [Group of ‘Experts’ Pressures Spotify to Censor Joe Rogan, by Allum Bokhari, Breitbart, January 14, 2022].

Fortunately, Republicans are now more serious about the threat than two or three years ago. In 2017, hardly any elected Republican cared about it. Any who noticed the problem would have said that the solution lies in the free market. We all know how that’s turned out.

With Trump banned, though, the GOP finally sees an issue that requires government action. But unlike Democrats, most Republicans don’t want to abolish Section 230 outright.

“Don’t fall for the Section 230 narrative. It’s a distraction. There are plenty of other things that can be done to stop Big Tech tyranny,” he said in October [The “Repeal Section 230” Narrative is Being Pushed by Silicon Valley, Don’t Fall For It, Gab.com, October 16, 2020].

“Section 230 helps the little guy,” he continued in an open letter to President Trump published the same day:

We seek to protect free speech on the Internet, and Section 230 is the only thing that stands between us and an avalanche of lawsuits from activist groups and foreign governments who don’t like what our millions of users and readers have to say. Without Section 230, we couldn’t stand up to these oppressive forces that want to eliminate free speech online. With Section 230, we can.

In an interview with VDARE founder Peter Brimelow almost exactly a year ago, Torba elaborated: “The kabuki theater of going after it is a massive mistake.”

Section 230 only protects Big Tech from what users say on their platforms; it does not protect users for what they say, nor does it protect what Big Tech itself says. That can only help start-ups who, again, could be wiped out by Leftist lawfare.

As well, Torba believes the GOP should stop going after Section 230 by requiring “neutrality,” because the government should not decide what is neutral:

Section 230 says nothing about political neutrality … who enforces that neutrality? Are you going to have the government, or some government agency, come into Gab? Come into Twitter? Come into Facebook? And like, look over our shoulder and say, “Oh, this is wrong,” or, “You did this wrong”? Who's gonna police neutrality? And what does neutrality look like? Right?

And as a practical matter, fighting Big Tech over Section 230 is a loser because “Big Tech has poured half a billion dollars in lobbying over the past decade”:

They have funneled money and contributed to both sides of the aisle. More or less, they own Congress. So, if anything is going to happen to Section 230, it's going to be pro-Big Tech, and it's going to solidify their monopoly power over certain verticals.

The key to protecting patriots like Torba is ensuring that the law cannot be used against alternative platforms.

Haggerty’s bill would update common-carrier laws to include large social media platforms, as well require the tech giants to publicize their moderation policies. This would offer greater protections to patriots and their free expression.

Texas recently passed a bill that says “social media platforms function as common carriers, are affected with a public interest, are central public forums for public debate, and have enjoyed governmental support in the United States.” It also states that “social media platforms with the largest number of users are common carriers by virtue of their market dominance.” The bill just needs to be tested out in court [Texas Governor Greg Abbott Signs Bill Fighting Social Media Censorship, by Allum Bokhari, Breitbart, September 10, 2021].

The Texas effort is superior to Florida Governor Ron DeSantis’s largely toothless anti-censorship bill that was shot down in court. It didn’t designate the platforms as common carriers, and simply banned Big Tech’s censorship in Florida. It was bound to fail. A federal court said it violated the First Amendment. DeSantis has ignored it since [Federal Judge Blocks Florida Tech Censorship Law, by Allum Bokhari, Breitbart, July 1, 2021].

Republicans can do more on tech censorship if they get the majority in Congress. They can browbeat tech execs in hearings and force sensible legislation through Capitol Hill. But they mustn’t inadvertently crush free speech, or give Democrats the power to do so.

Joe Biden knows exactly what more censorship will do: cripple political opposition to remaking the United States of America with openly Totalitarian public policies and, of course, The Great Replacement. That’s why Republicans must protect the liability protections that allow free speech platforms to exist and thrive, while curbing the abuses that make free speech impossible—and the First Amendment inoperative—as a practical matter.

The Historic American Nation must be permitted to defend itself on the main platforms that provide news and information. Republicans had better legislate wisely when they get the chance. 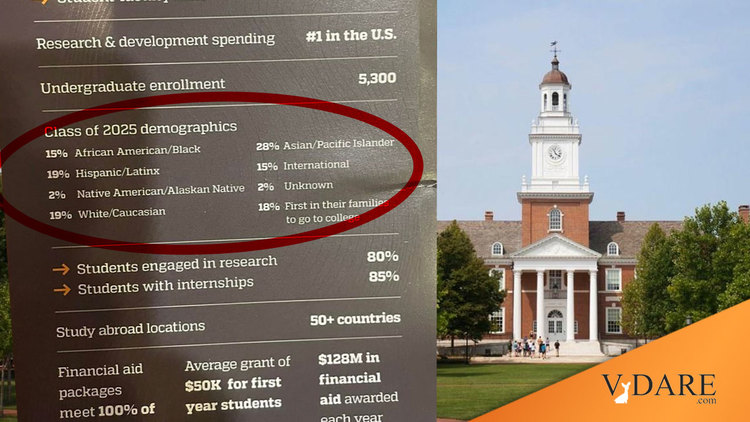