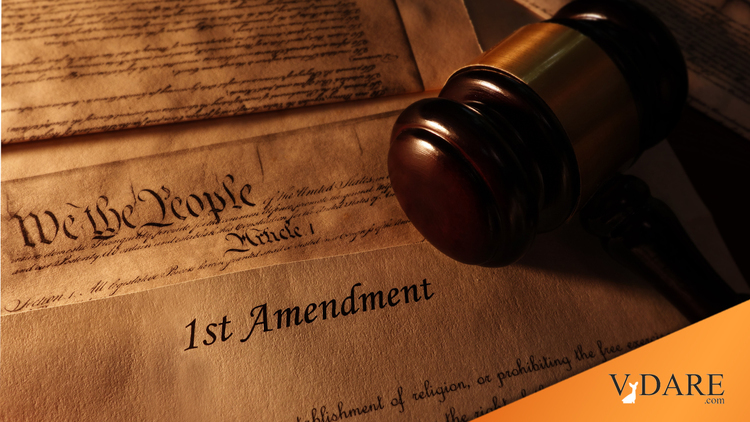 The blogger who goes by the nickname "Tunnel Rat" has the status of a folk hero for American computer/IT and engineering professionals. He is celebrated for his acerbic commentaries on his website, ITGrunt. At least a portion of Tunnel Rat's mystique derives from his persona as a geeky Lucha libre-type masked hero. The internet has been rife with speculation by both by his fans and detractors as to his identity and whether his writings represent reality or fantasy. All of that buzz adds to his legendary status.

"Tunnel Rat" expresses the popular rage of American high-tech professionals as they are dispossessed by immigration and outsourcing. His blogs are hard-hitting, profane and politically incorrect, especially in regards to corporate politics, stupid managers, and unqualified H-1B visa-holders from India hired as programmers and engineers by high-tech companies. VDARE.COM's Patrick Cleburne has described ITGrunt as "the go-to source for H-1B/ American Worker Displacement atrocities".

But don't bother going to ITGrunt's website now, because it and several other websites have been removed from the internet. (Remnants of the site are still in Google's cache but they are disappearing fast). This happened on December 23rd because of litigation by the Indian-owned bodyshop APEX Technology Group. Apex is run by Sarvesh Kumar Dharayan [email him]. APEX has been demanding that various websites—some apparently run by desis from India!—remove all mention of its name.

Judge James P. Hurley of The Superior Court of New Jersey ordered the internet service provider Godaddy.com to cancel the domain addresses associated with ITGrunt.com and endh1b.com . In addition, discountASP.NET was ordered to remove the pages from its web servers. Although Judge Hurley's order was issued right before Christmas, these companies were required to act within 3 calendar days.

Godaddy even went one step further: it confiscated the domain name ITGrunt, and so far has refused to release the domain back to its owner, "Tunnel Rat".

Godaddy's action prevents "Tunnel Rat" from moving his website to a different web server. "Tunnel Rat" once moved his website to Panama to avoid censorship in the United States. It could be argued that Godaddy has no right to keep the domain address because it would normally be considered property of ITGrunt.

The judge issued a similar order to NetworkSolutions to shut down guestworkerfraud.com. But at this time of writing, it remains live.

Judge Hurley has also embarked on a search to discover who is behind ITGrunt is. He has ordered Comcast and Yahoo to reveal the identity of one emailer, although it is not clear that the email address belongs to "Tunnel Rat". Whoever owns that email address could be sucked into this conflict without even knowing what hit him for no other reason than he posted information on ITGrunt. In addition Judge Hurley ordered Facebook, where "Tunnel Rat" has a page, to divulge his identity by Monday, December 28.

Unmasking "Tunnel Rat" could expose him to reprisals such as blacklisting so he can't get jobs. Or worse—he has even received death threats.

The judge is in New Jersey, but the defendants and the websites are in other states. Attorney John Miano, former President of the Programmer's Guild, practices in New Jersey but was unable to stop the court from in effect claiming jurisdiction over the entire Internet.

So what, you may ask, did ITGrunt do to deserve this? In a "Certification of Notice", a law firm representing APEX claimed that blog posts on the ITGrunt website damaged the bodyshop's reputation and therefore makes it more difficult to recruit H-1Bs.

Ironically, the statements Apex complains of were not made by Americans but, apparently, by an H-1B worker who's complaining that APEX was ripping him off. The reputation of APEX in the desi community was established way before ITGrunt came along. You can still read some of the posts here.

The APEX rampage against "Tunnel Rat" began when an anonymous Indian poster who claims to work for APEX posted a copy of an APEX employment agreement that he asserted imposed penalties of up to $35,000 for quitting. He wrote:

"If you join a company (including any level between you and APEX) then pay $35,000 or face a law suit, $9,000 for legal, training and guest services when you quit. $35,000 if you quit in between a contract…etc. The legalities of the agreement are convoluted, abstract and can/will be used against you if you displease APEX Technology Group Inc. So once you sign that document you are at the mercy of the employer and much worse than a bonded laborer in India."

APEX hasn't denied the authenticity of this agreement, but it asserts its copyright has been violated.

Suing websites for postings made by third parties is problematic. The Electronic Freedom Foundation describes Section 230 of Title 47 of the United States Code (47 USC § 230) as follows:

"No provider or user of an interactive computer service shall be treated as the publisher or speaker of any information provided by another information content provider." This federal law preempts any state laws to the contrary: "[n]o cause of action may be brought and no liability may be imposed under any State or local law that is inconsistent with this section."

So why APEX is taking such drastic actions against ITGrunt and other web sites?

The explanation could be as simple as corporate self-interest. Or there could be something deeper going on.

Perhaps we are seeing a clash of cultures between Americans who believe in values such as free speech in the First Amendment of the Constitution, and foreign cultures that don't share the same enthusiasm.

Immigrants of this type won't hesitate to subvert our Anglo-Saxon heritage when it suits their needs.

My question: why we are allowing people into this country who are antithetical to our value system and heritage?

Rob Sanchez (email him) is a Senior Writing Fellow for Californians for Population Stabilization and author of the "Job Destruction Newsletter" (sign up for it here) at www.JobDestruction.com. To make a tax-deductible donation to Rob Sanchez, click here.