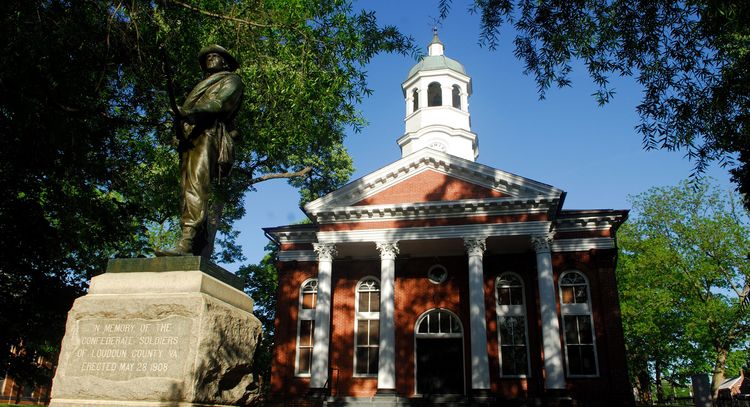 In Loudoun County, Whites Aren’t Voting Republican—Because The GOP Won't Address ANY Issues That Matter To Them

I am a VDARE.com reader who resides in one of the major swing counties in the United States—Loudoun County, Virginia. Loudoun is the most affluent and one of the fastest growing counties in the U.S. About a 45 minute drive to Washington D.C. (which takes about 2 hours or more during rush hour), Loudoun was mostly farmland 25-30 years ago. Today it is a slice of stereotypical suburbia.

New, sprawling housing developments and strip malls have long crowded out the old farms and family businesses that used to mark the area. Where I live you can go from strip malls to century-old farm houses (some still inhabited) on dirt roads in a matter of two minutes. But it is clear that the old farm houses will not last much longer.

During the recent election, I—along with my neighbors—was was bombarded with campaign literature and robo-calls. Every single Romney piece focused solely on economic issues. My wife was particularly targeted with invitations to attend “Women for Romney” events with Ann Romney. Loudoun was clearly a major target for the Republicans.

They didn’t hit that target.

Obama received 81,900 votes (51.52 percent) in Loudoun County to Mitt Romney’s 74,793 votes (47.05 percent). This was unquestionably a stunning defeat in an affluent, mostly white county that had just elected an all-Republican Board of Supervisors.

Republican strategists don’t likely read VDARE.com. But I can give them an insider’s view as to why they are not winning in Loudoun.

Rapid demographic change is certainly part of the reason for Loudoun turning blue. The county voted Republican in every presidential election since 1964. But in 2008 it went Democrat for the first time since Lyndon Johnson.

As of 2011, the demographics of Loudoun are as follows:

There are no stats for the racial breakdown of the Loudoun 2012 vote, but here is how the presidential vote in Virginia broke down by race:

The GOP did marginally better among Asians and Hispanics in Virginia than they did nationally (25 % and 27% respectively). But the fact remains that only whites will vote for Republicans in great numbers.

And the GOP white share in Virginia was only slightly above the national average (59%). VDARE.com has argued that the GOP (or GAP) must nationalize Southern voting patterns i.e. the GOP gets 73% of the white vote in Texas—and 88% in Mississippi. But in this putatively Southern state, the reverse seems to be happening.

Most of the Loudoun Hispanics are recent arrivals. They are settling in the town of Sterling, which has an older, blue-collar feel to it. Sterling has seen its population of whites drop from 70 percent to 42 percent in the past 10 years, while the percentage of Hispanics has risen from 11 percent to 33 percent during that same period.

In contrast, the town where I live is almost entirely white and Asian (including numerous Indian tech workers).

Whites comprised 78 percent of Loudoun students in 2000 but fell to 61 percent in 2010. The same demographic trends impacting the country are being felt in Loudoun at an even faster rate. This is not good news for Republicans.

But just as alarming for the GOP should be the attitudes of my white neighbors and co-workers in Loudoun. Much like owning an SUV, mocking Republicans seems to now be a status symbol for affluent white professionals to show they have the proper views and opinions for entry into polite society.

Here are just a few examples of what I have heard from my white neighbors and co-workers—SWPL types to a man—in the last year or so.

In October, I was waiting for copies at a Kinko’s. The place was crowded so I waited patiently in the lobby. A 50-something man struck up a conversation with me. Turns out he was an independent consultant who works in the Middle East. We spoke about political developments over there and his view was that democracy will simply not take in the Middle East due to Islamic fundamentalism. “But I never expected to see the same thing over here,” he added.

When I asked what he meant he simply replied, “You know, with the Republicans and the Tea Party.”

On Halloween night, I accompanied my young son and one of his friends around the neighborhood. The friend’s father came with us. He let on that he was voting for a Republican Congressman, since the representative had done a personal favor for him. Very quickly he laughingly added: “But this will be the only time I ever vote for someone with an ‘R’ next to his name.”

I am Facebook friends with most of my co-workers. So during the election season, I was treated to their rantings about Republicans. The fact that Mitt Romney was (supposedly) against “marriage equality” seemed to matter a great deal to them. Romney’s refusal to support the Chick-Fil-A “buycott” for free speech simply did not earn him any points among this crowd.

A young colleague who started work with my company recently let on that she had done some high level design work with the McCain campaign in 2008, her first job out of college. I was about to compliment her when she quickly added, “But I’m really glad he lost or the country would have paid a high price.”

My colleagues smiled and nodded their heads sagely in agreement.

At one company function, they found great amusement at the “fact” that Sarah Palin supposedly thought Saddam Hussein was responsible for 9/11.

Outside of gay marriage, these amateur pundits almost never point to a specific reason for their hostility to Republicans. They are probably never questioned on their views over lattes at Starbucks. I do wonder how they would respond to a simple challenge about how the Tea Party equates to the Taliban or why Romney did not campaign on any social issues.

So why don’t I challenge them?

One reason: I despise the GOP much more than my trendy neighbors. Unlike them, I know that “conservative” Newt Gingrich saved Affirmative Action in the mid-90s when Republicans actually had the votes to end quotas. I also know that Republican elite types like George Bush, Karl Rove, John McCain and Marco Rubio are busily pushing for amnesty and increased legal immigration.

Romney wasn’t quite as bad as McCain or Bush, but he pandered before the NAACP and Hispanic groups, at one point saying, “One million immigrants legally enter America every year—the largest number of any country in the world. I like that." And, apparently unnoticed, he promised to get “comprehensive immigration reform a.k.a. amnesty done “in the first year.”

Republicans don’t speak for me. So I don’t vote for them or feel compelled to defend them.

But the Republican bashing of my status-seeking neighbors and co-workers is in very bad taste. How do they know I am not a Republican? I am a married, middle-aged white man with kids and a mortgage. Why would they assume I am a Democrat?

There are plenty of Republicans in Loudoun. But I have never had one of my neighbors or co-workers bash Democrats or make stupid jokes about them to me. This oafish domineering behavior is unique to liberals.

So is there any way for the GOP to reach the whites of Loudoun County?

I believe there is at least one way—but it would involve actually addressing the concerns of these people.

Chief among the issues my fellow-workers complain about are traffic, sprawl, school quality, the cost of higher education and the related issue of getting their kids into affordable (often state) colleges.

There is an immigration dimension to every one of these issues. More people means more building, more traffic and more sprawl. It also means more crowded schools and more resources drained away via taxes for bilingual teachers, cops and administrators.

A related issue: Affirmative Action. As college costs go up, state universities offer an affordable higher education without going into massive debt. Every one of these Loudoun white students (and Asian students too, for that matter) is a potential victim of quotas. And these quotas will only increase as the state becomes more “diverse” and more Democrat.

But wouldn’t taking these positions open up the GOP to charges that they are “racist” and “xenophobic”—among people already inclined to think the worst about them?

Well, not one of my Loudoun neighbors has ever mentioned immigration or quotas as a reason for why they despise the Republicans. Again, outside of gay marriage, GOPhobia really seems to be a status-driven thing among Loudoun whites. The GOP should at least try to address concerns on these issues if it wants their votes.

Reducing immigration would help Republicans address issues like traffic, sprawl and school overcrowding, while also drawing a clear dividing line with the Democrats. And, coincidentally, it would also slow down the demographic change that is turning Loudoun into yet another blue county.

The GOP needs to speak to Loudoun whites before it is too late—for the county and for the nation.

Or Republicans can just keep being losers and the object of tasteless jokes among SWPL types.

GOP Share Of The White Vote
<< Previous
Next >>
LATEST