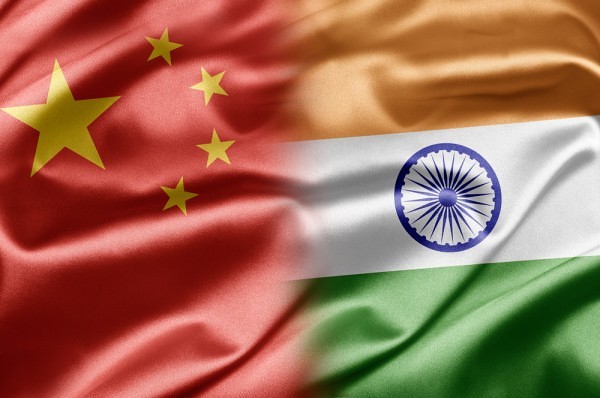 India has just had a remarkable election. An Italian lady led India's left-of-center Congress Party to an upset triumph over the Hindu nationalist BJP, which, in a curious echo of the GOP's failure to adopt the Sailer Strategy, had apparently been neglecting its base. [See Steve Sailer's blog: Scroll down.] This has reminded Americans of two things:

With the help of my many South Asian readers, I've been trying to brush up on India for the last five years, so let me share a few perspectives that you might not hear elsewhere.

It's helpful to compare India to the other giga-country, China, which is India's opposite in so many ways. China isn't as simple as it looks, but it's far less convoluted than India.

China's ancient history is superbly documented and fairly simple, in its repetitive dynastic cycles of consolidation, decline, and chaos. But don't bother trying to learn India's history. It would be insanely complicated … if anyone had bothered to write it down while it was happening.

The Chinese have seen themselves as one nation, with one rightful ruler, going all the way back to the first emperor 2200 years ago. But no Indian ever thought of India as a "nation" until Gandhi visited South Africa at the end of the nineteenth century and found himself classified as an Indian.

Before then, India seemed to Indians not like a country or even a subcontinent, but like a world. The opening pages of Kipling's Kim spectacularly depict India's kaleidoscopic variety.

Ethnically, around 94 percent of the population of China is plain Han Chinese. Racially, China's a little more complex, with northern and southern Chinese being somewhat different. L.L. Cavalli-Sforza, Stanford's great population geneticist, has hypothesized that the north was settled by early modern humans coming out-of-Africa who took the northern route around the great mountains of central Asia. The ancestors of southern Chinese took the southern route along the Indian Ocean, and the two groups met up around what's now Shanghai.

In any case, the two Chinese populations remained fairly similar in looks. Moreover, the civilization invented by the northerners proved highly attractive to the southerners, who often peacefully assimilated.

India and its satellite countries share a long border with China. But the Himalayas are second only to the Sahara as a forbidding land barrier. Thus the sharpest racial divide on earth is found along the southern edge of the Himalayas. Mongoloid Tibetan Buddhists, such as the famous Sherpas of the Everest region, are found at high altitudes. Caucasoid Indo-European Hindus are found directly below them, in the warm lowlands where the East Asians won't venture for fear of malaria, for which they lack resistance.

Indian immigrant businessmen successfully petitioned the Reagan Administration back in 1982 to be lumped in with East Asians so they could get minority business development loans. But in fact India is more or less Caucasian. Genetically, Cavalli-Sforza found that Indians are about three times closer to West Europeans than to East Asians.

Still, making racial or ethnic generalizations about South Asia can be a mug's game. It is the most anthropologically complex region on earth. Arguably, its democratic stability rests in part on its infinite divisions. Indians couldn't arrange to hold a civil war because they couldn't coalesce into just two sides.

There appear to have been three major waves populating India.

The Aryan conquests are still clearly visible in skin color, in two dimensions: geographically and socially. Northerners and the upper castes tend to be fairer. And despite the impressive economic growth among some of the darker southerners, the northerners remain the social ideal. Bollywood movie stars are about as fair and tall as Greeks. Indian marriage ads are very choosy about how dark a prospective mate can be.

Although nominally outlawed a half century ago, the continuing oppression of the Untouchables in rural India may be the most brutal case of racial discrimination in today's world, outside the Sudan. The Indian government runs a massive affirmative action program for Untouchables and is accordingly roundly criticized by Thomas Sowell in his new book Affirmative Action Around the World. The program was originally supposed to be limited to 20 years duration and only to the lowest castes. But it has since become—surprise!—permanent and open to many higher up the social scale.

On the other hand, it's not clear what else could be done to deal with diversity so severe.

The average IQ of India and China is crucial to the future of the world. But the question is far from settled. Richard Lynn and Tatu Vanhanen's IQ and the Wealth of Nations found three IQ studies of China, which averaged out to 100 on a scale where the U.S. average is 98. As I've tried to emphasize, single-country averages from that important book should be taken with a grain of salt, but regional averages are more reliable. The more advanced and better-documented countries bordering China feature even higher average IQs. So the future looks bright for China.

In contrast, Lynn and Vanhanen found four studies of Indian IQ that average out to only 81.

However, putting together a nationally-representative sample is harder in India than anywhere else on Earth. The caste system, by discouraging intermarriage, has in effect subdivided the Indian people into an incredible number of micro-races. In India, according to Cavalli-Sforza, "The total number of endogamous communities today is around 43,000…"

So I would keep an open mind on just what the IQ of India is. And, of course, better nutrition, health care, education, and more outbreeding could all work to raise it.

China focuses on giving the masses a solid basic education that prepares them for manufacturing jobs. The Chinese are building superb infrastructure to support their manufacturing economy. Indeed, the Chinese are building factories so fast, that more than a few observers have joked and/or warned that the Chinese intend in the future to manufacture everything in the world. They won't ever quite get there, but the trend is remarkable … and alarming.

This could have dire consequences for America's current political and military hegemony. But the cult of free trade, combined with the fact that nobody in the American media cares about factory work, means that the long-term Chinese challenge is seldom discussed. You might think that if America had to shed manufacturing jobs, we would prefer they go to Mexico to keep down the illegal immigration rate rather than to China, America's strategic competitor. But no one seems to care enough to discuss this either.

India, outside of cyberspace, remains chaotic and impoverished. India focuses more on giving outstanding university educations to the meritocratic elite.

The top Indian colleges are by now probably the most selective in the world. And because they teach in English, their graduates are more of a competitive threat to American journalists and their spouses and friends than are the Chinese, who are merely hammering blue collar Americans. And who cares about them?

Accordingly, over the last year, the press has devoted far more coverage to outsourcing white collar jobs to India than the loss of blue collar jobs to China—or, of course, the insourcing of jobs in America to immigrants, legal and illegal.

Apparently, reporters instinctively sense that Indians in Bombay could do their jobs of rewriting press releases into news articles.

At the elite end of the journalism racket, I have more than a few Indian readers who could step in and write this column for me (Peter, please forget I said that!). But fewer Chinese readers could do the same. The language barrier is a big factor. But Indians also seem more interested in the human biodiversity topics that I specialize in. Further, Indians tend to be of a more speculative and discursive turn of mind than the hard-headed, practical-minded Chinese.

Indian development has been held back until recently by their overly metaphysical focus. Fortunately for them, recent demands in the business world for extremely abstruse and abstract reasoning power have finally played into the Brahmins' traditional strength.

Still, in the long run, homogenous China looks more formidable a competitor for American than diverse India. One of my Indian correspondents wrote me:

"China has an enormous advantage over India: relative homogeneity. In China there is no significant difference in racial appearance between the rich and the poor. They come from the same people. In India, you can see a colour line dividing classes every inch of the way. Sure these lines aren't cut and dry like black and white, and there are overlaps, but the trends are easy to follow for anyone willing to observe. The fact that the Chinese don't have 4000 year old caste hatreds gives them an enormous advantage over India."

As late as 1960, the U.S. looked like China— it was nearly 90 percent white. But now whites are down to some 75 percent—because, since the 1965 Immigration Act, public policy has been bent on making us interesting, like India.