Is An Age Of Neeras And Humas Upon Us?

The late poet Dylan Thomas had a habit of urinating on the rugs of those unwise enough to invite him to their country homes. Naturally, this brings to mind Neera Tanden. [Email her]

For those not already enjoying the WikiLeaks view into the catty hell that is the Clinton campaign, Tanden is the advisor who laments the presence of “White Boys” on team Clinton. But let’s let her speak for herself via WikiLeaks.

"I'm not the diversity police but there is grumbling on the 4 white boys running next presidential cycle. So I recommend rolling out some people who look like the rest of America soon!" she urges Podesta [ Email him] on Jan. 14, 2015. [WikiLeaks Podesta Emails 6144, January 17, 2014]

"Really, don't you think I know that?" he responds.

"Yeah I know you know it. But in case people feel intimidated in making direct comments to Hillaryland, I thought I'd let you know of the grumbling I'm hearing directly. But maybe that was my mistake," Tanden replies. [John Podesta Asked Hillary Clinton to Court 'Needy Latinos' in WikiLeaks, By David Catanese, USNews.com, October 12, 2016]

Ms. Tanden Isn’t fond of white men but she has been connected to one white woman since 1996—Hilary Clinton. Why all the antipathy?

Neera Tanden was born to an Indian immigrant couple settled in Bedford, Massachusetts. Her father abandoned her mother and the five-year-old Neera to return to India.  Left without resources, they were supported by the American taxpayer with welfare, Section 8 housing and food stamps [Neera Tanden likely to get key position in Hillary administration, AmericanBazaar, July 29, 2016]

So, like many others who benefit from public support, Tanden finds it difficult to forgive our kindness. Having to stand in line with poor Americans for stuff set her on a crusade to remake our society. If that isn’t peeing on our carpet for letting her in, what is it?

She has been on a rampage ever since against bad men who don’t do right by women. Too bad she concentrates on we American bad men. Surely it is Indian bad men she should be after. But in fact, like a lot of Indian-Americans, she relishes the approval of her homeland. [ Hillary is a role model & a friend', by Nikhila Pant, Times Of India, March 11, 2007]

Since 1996, right out of Yale Law School, Tanden has devoted her life to the cause of Clinton. Perhaps it’s the woman wronged by the bad man that drew them together? When opportunity knocked, she did work for the Obama Administration, and did a lot of damage to the rest of us as an architect of ObamaCare.  But that only led to service as Hilary’s advisor as Secretary of State.

In the claustrophobic world of distaff-rulers of the universe, the marketplace has no place. Indeed, Tanden bridles at the very idea of doing anything beyond finding ways to separate taxpayers from their money:

“I never worked in the private sector for very long, I worked on childcare, afterschool, health care for people, increasing the minimum wage, increasing taxes on the wealthy and a whole host of policies that are pretty progressive.”

A “whole host of policies,” I might add, all the rest of us have to pay for.

In the same article, she is quoted making the amazing claim that progressives don’t focus enough on issues of race. Can it be that she is the only Lefty who doesn’t watch CNN? She appears on it often enough.

Tanden obsesses about race a lot. In a gushing Washington Post piece, we learn that:

Tanden and her backers like to frame her job as reflecting a generational change, a shift from white male management to a younger face with color. She peppers her high-speed commentary with second-generation references, including how, because of the “Indian thing” she named her 9-year-old daughter Ilina, a Sanskrit word meaning “possessing high intelligence,” and nearly called her 6-year-old son Jadvana, meaning ‘victory and strength,” before settling on Jaden. (“A name that ends in a vowel is not a gift you want to give your son in America,” she said.)

Apparently Tanden’s racial victimhood forces her to get by with a house in Chevy Chase, oversight of over a $40 million a year think tank (The Center For American Progress—CAP) and a stay-at-home artist hubby (who is white).

Tanden has been playing this phony race obsession from the beginning. According to WaPo’s Horowitz, she was a “nerdy girl” high school debater with a “dream of practicing civil rights law.” But her early dreams of righting the wrongs of America were

…dashed by the 1990 early retirement of liberal Justice William Brennan from the Supreme Court. Tanden’s logic, as she explained through tears at the time of her future husband, artist Benjamin Edwards, was that a conservative-tilting court would never side with her arguments. Implicit in the thinking was that Tanden envisioned herself arguing before the Supreme Court.

This is actually an insight into both the Indian and progressive mind. Why argue before a court you don’t already control? That type of thinking goes a long way in explaining Tanden’s desire to advance through connections within the executive branch. There, you can just make people do what you want.

Tanden went on to be the vice president of the UCLA student body on a “slate of students of color.” Surprise, surprise! 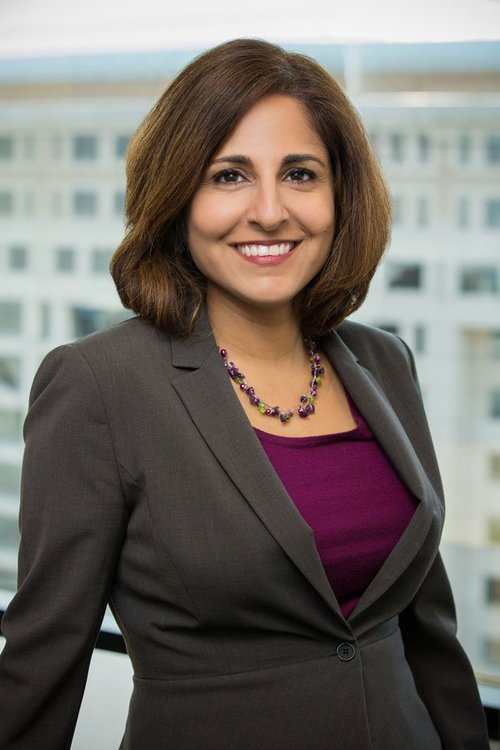 As readers can see, Tanden is no more dark-skinned than many white Americans. And as readers of VDARE.com know, Indians were classified as white a generation ago. They got all racial on us when it paid to be non-white. The first few times this writer saw her on cable I assumed she was an Arab or some other Mediterranean. She looks a bit like the princess in a Disney version of the Arabian Nights.

This racial chip on the shoulder coupled with that certain racial ambiguity fits perfectly with Obama and the mulatto elite that he ushered in. That is, leaders who look and sound white but with the power to up the ante by virtue of their faux victimization. It’s like magic, only without anything being hidden. They pull their tricks and we are supposed to clap anyway, or else.

My interest in this Indian mentality isn’t academic. WikiLeaks emails between Tanden and John Podesta reveal that as the Washington Post put it

Podesta, who stepped aside to pursue projects including helping out Secretary of State Clinton, noted that the president’s new confrontational posture reflects the advice of CAP, and that his jobs bill bears a lot of CAP ideas. Obama’s sudden preference for executive orders is also out of its playbook. [Link in original]

I.E. Podesta and Tanden’s policy papers before and after they switched seats.

The model of a permanent shadow government peopled by dyspeptic drones with foreign angles is already upon us.

Get ready for the age of Neera and Huma and all their brothers and sisters.

Thomas O. Meehan (email him) is a free-lance writer and former government Senior Research Analyst and Inspector. A refugee from the People’s Republic of New Jersey, he now lives in Bucks County PA. He blogs from Odysseus On The Rocks.