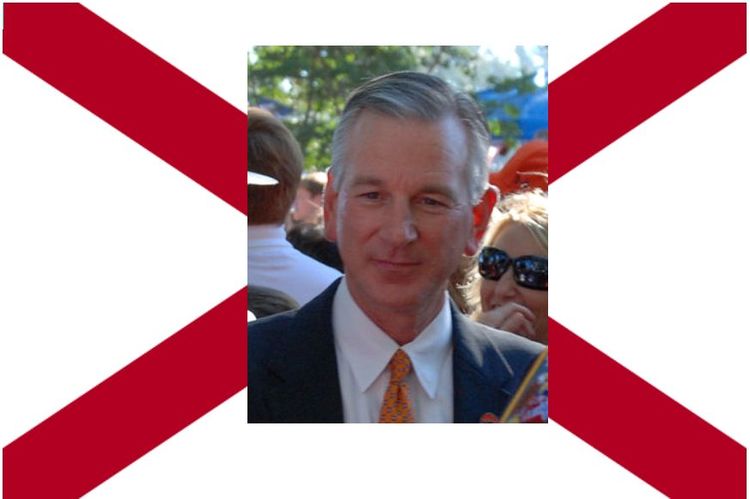 Is Immigration Wimp Tommy Tuberville REALLY The Best Alabama Can Get To Succeed Jeff Sessions?

The Alabama U.S. Senate seat of immigration patriot hero Jeff Sessions, who was tragically caught in the crossfire of the Russian Collusion Hoax, is up in 2020. It’s currently held by Democrat Doug Jones only because the cowardly GOP Establishment ran away, as usual, when the Democrat/MSM complex had a hysterical tantrum about GOP primary victor Judge Roy Moore. But, incredibly, the same GOP Establishment forces are now plotting to impose an immigration wimp candidate: Auburn University head football coach Tommy Tuberville.

Tuberville is currently the frontrunner in the November 3 primary, polling at 29 percent [Survey of Likely 2020 GOP Primary Voters Alabama Statewide, Cygn.al, June 26, 2019]. It’s easy to see why: Tuberville was a Division 1 college football head coach at Auburn University from 1999 to 2008—and he says he supports President Donald Trump. (Like CPAC’s Matt Schlapp?)

At first, Tuberville seemed promising on immigration. He said he was in favor of a border wall and spoke about the threat of Islamic terrorism coming from the southern border [Tuberville doubles down on Islamic terror threat crossing southern border: ‘An outsider does not have to be politically correct, and I’m not going to be,’ by Jeff Poor, Yellowhammer News, June, 2019]. But more recently he has shown he is little better than the Republican Establishment on the issue.

Also, ominously, Tuberville has hired consultant Rob Jesmer, who served as Facebook founder Mark Zuckerberg’s chief GOP aide for FWD.us—the group that advocates for Amnesty for illegal aliens and for an endless supply of H1-B visa workers to undercut the American labor base.

And Tuberville just  it clear he values illegals for their cheap labor while giving a speech at the Shoals Republican Club:

There are people coming across the border that need jobs, okay, and we want them to come over here, we just need to know who’s here, okay. Put the wall up, then we let them come in, and become citizens like we all became citizens.

“I think we should back off of it right now,” Tuberville said. “You know, we’re all immigrants but we’ve just got to get a handle on it and I would like to see us slow it all down–bring it to a point where we can control it, get all this stuff under control, get our education system under control because I’ve talked to people in this state, superintendents that have said, ‘Hey listen: They are dropping off these young kids here that are here illegally, and they want us to educate them, and they can’t read or write.

[Tuberville on legal immigration: ‘I think we should back off it right now’, by Jeff Poor, Yellowhammer News, August 20, 2019]

The most hopeful thing that can be said about this is that Tuberville is extremely confused. In the same interview, he acknowledged that immigration impacts wage growth: “I don’t think there’s any doubt about that.” But he added: “The problem is we’re getting to a point where we don’t need just workers. We need smarter workers—people that can come here that have skills.”

And Tuberville’s campaign website says “we must first secure our border as we attempt real immigration reforms that will impact our nation for decades to come.” But it is the flood of people entering the country legally who will turn Texas and Arizona blue in the next decade, dooming the GOP to permanent minority status.

And from an economic standpoint, consider how even legal skilled immigration would adversely impact the state Tuberville is running to represent. Only 25 percent of Alabama’s 25 and older population has a college degree, six points lower than the national average [Alabama Education Data, TownCharts.com]. On top of that, Alabama’s high school graduation rate is two points lower than the national average (85 percent to 87 percent), an indication that there is a large swath of unskilled labor in the state.

These Alabamians are the people who are hurt most by the influx of immigrant labor into the U.S. Remember, the idea that there are jobs American workers won’t do is a lie. Only six of 474 civilian occupations surveyed last year were majority-immigrant industries [There Are No Jobs Americans Won’t Do, by Steven A. Camarota, Jason Richwine, and Karen Zeigler, Center for Immigration Studies, August 26, 2018]. In those six immigrant-majority industries, the native-born unemployment rate averages out to 12.2 percent.

These low-skill Alabama workers are the people Tuberville should want to help get jobs—not foreigners.

Another issue Alabamians need to worry about: Tuberville’s background. Tuberville made his living off the backs of athletes who bring in millions of dollars for their respective schools while not receiving direct compensation. He got rich as talented football players won his games while not receiving seven-figure checks. But he did [Cincinnati sets $1.6M salary for new football coach Tuberville, by Evan Weese, Columbus Business First, January 3, 2013]. That in itself should raise questions about how much he values American labor.

Consider what college sports teams do to universities. Players are selected based on their ability on the playing field, not what they can achieve in the classroom. It amounts to Affirmative Action for Division 1 college football players. And this decade, the majority of them have been nonwhite [Blacks now a majority on football teams, Associated Press, December 9, 2010].

In other words, college sports effectively exacerbate Affirmative Action’s impact on white students because schools save spots for their nonwhite, academically-weak football players [How athletes end up in easy majors and fake classes, by John Infante, Sporting News, June 11, 2014].

Furthermore, during Tuberville’s tenure as University of Mississippi football coach, he supported banning the Confederate Battle Flag, the supreme symbol of Southern heritage, at games [Ole Miss Coach to Fans: Lose the Rebel Flag, by Tribune News Service, Chicago Tribune, September 26, 1997]. Thus he revealed he would rather cave to the Leftist outrage mob than stand up for Southern identity. Tuberville has no excuse for this: He is a Southerner, born in Arkansas in 1954. In other words, he is a scalawag.

This Alabama Senate race is the perfect opportunity for Republicans to send another great immigration patriot to Washington, D.C. But to the dismay of immigration patriots, Rep. Mo Brooks  is not running, reportedly because of health problems.

Judge Roy Moore, the Republican nominee last time around, is running again. Perhaps immigration patriots should give him a second look, if only to annoy the Left. With higher turnout in a presidential election and Democrat Doug Jones not supporting U.S. border wall funding, Moore should be able to pull it off.

And there are other candidates, for example U.S. Rep. Bradley Byrne (NumbersUSA Career Grade A), who actually came second to Tuberville in the June 26 cygn.al poll, with 21.4%.

Regardless of who Alabamians choose, they can surely do better than Tuberville.

Hank Johnson [Email him] is a student of New England politics and popular culture. But he cares about the South—and America.