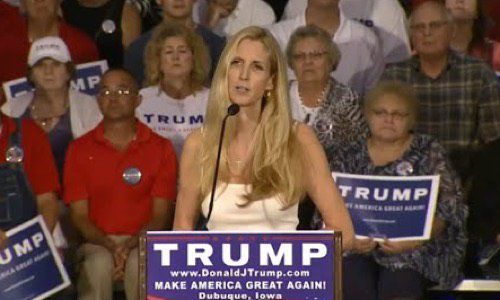 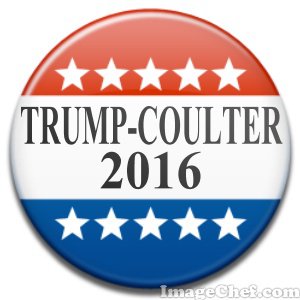 At the American Renaissance conference this spring we had a formal debate on the question: “Can the American political system solve the race problem?”

Arguing for the affirmative, I said the following thing:

Nothing grows to the sky. Public attitudes ebb and flow; the pendulum swings. The English puritans banned Christmas and hanged adulterers; twenty years later came the license and gaiety of the Restoration. A century and a half later, Regency gave way to Victorian primness.

How much further can we go in the direction of reality-denial and ethnomasochism? The nation has twice voted for Barack Obama as President: an affirmative-action hire whose previous executive experience was running a playgroup in Chicago. What next—President Dwayne Elizondo Mountain Dew Herbert Camacho?

The events of the past month have left that looking a tad optimistic. In the Cold Civil War between goodwhite progressives and us badwhite traditionalists, the enemy has won a rapid succession of victories and is bursting with triumphalist zeal.

In this case, “The court decided it did not matter if the state housing department did not explicitly set out to discriminate based on race, color, religion, sex or national origin—the effect was enough to violate the law.” [Supreme Court: Texas Reinforced Segregated Housing by Liz Crampton, The Texas Tribune, June 25, 2015.]

Chief Justice Roberts ruled with the majority, brushing aside the petitioners’ appeals to federalism.

Chief Justice Roberts posted a vigorous dissent, arguing that the ruling violated the principle of federalism.

In the atmosphere of Left triumphalism and jurisprudential confusion generated by these victories, what was previously unthinkable now seems all too possible.

The zealots have, for example, seized on a decision by the U.S. Treasury earlier this year to make the portraits on U.S. money bills more “inclusive.” Their call for all streets, schools, landmarks, and institutions named for Confederate generals and statesmen to be renamed is now fast expanding into demands to de-legitimize the very Founders themselves, or at least those of them that owned slaves.

CNN’s Don Lemon suggested on air last week that: “There may come a day when we may want to rethink Jefferson.” How long before activists, amply fed and equipped with funds from George Soros and cheered on by the $PLC and the New York Mexican Times, demands the renaming of our nation’s capital? Washington? District of Columbia?

In the spirit of my AmRen address, commentators have been arguing that we must now be at, or close to, Peak Leftism or Peak Liberalism. In the nature of things, by a sort of Newtonian principle, they say, surely a reaction is overdue—a counter-revolution?

It would be nice to think so, but this latest round of defeats leave me wondering whether, perhaps, things can indeed grow to the sky. Polygamy and polyandry? Legalized incest? Amnesty and instant citizenship for illegal aliens? Federal outlawing of separate Men’s and Women’s lavatories? The return of forced busing? Compulsory integration of housing? Anything seems possible—anything Leftists can dream of.

What can we do about this? Well, we can bellyache on the internet. That is personally satisfying, but not very effectual—mere guerilla harassment of a mighty, well-equipped occupying army. The entire readership of all Dissident Right websites doesn’t add up to the population of an average provincial city.

(An amusing feature of the current situation is that some of the less intelligent foot-soldiers in that army still believe themselves to be the counter-culture, Speaking Truth to Power. As Ramzpaul told the unkempt, neck-bearded little gaggle of antifa demonstrators outside the 2014 AmRen conference: “Do you really imagine you’re sticking it to the Man? You are the Man!”)

Meanwhile the Left consolidates its hold on all the commanding heights of our society: the Main Stream Media, the schools and universities, the big corporations, the courts, the churches, the political party bosses.

We webizens can bloviate to our hearts’ content; the rulers don’t really care. They have perfected the art of running a “beggars’ democracy.”

This refers to the more relaxed sort of despotism in which the lower orders—the beggars—are permitted some modest freedoms of expression, so long as they do not challenge the basic assumptions of the state ideology too boldly.

Occasional eruptions of citizen resistance to the ruling power are easily smacked down. When supporters of the Confederate flag were set upon by an antifa mob in Columbia, South Carolina on Monday this week, there was only one arrest… of a flag supporter.

Things look bad all over for traditional values and the historic American nation.

I’m here to cheer you up, though. There have been some rays of light through the gloom these past few days.

Two rays of light, to be precise: Donald Trump and Ann Coulter.

On June 16 Trump announced that he is a candidate for the Republican Party’s Presidential candidate in the 2016 election. He marked the occasion with a rambunctious speech, reminding supporters that, quote, “I’m really rich” and promising, among other things, that:

I would build a great wall, and nobody builds walls better than me believe me, and I’ll build them very inexpensively. I will build a great, great wall on our southern border, and I will have Mexico pay for that wall.

Sure, it’s a vanity candidacy; and sure, Trump is all over the shop on National Question issues.

In a follow-up TV, for example, he suggested black supremacist Oprah Winfrey as a possible running mate.

None of that matters. What matters is that Trump is a patriot with a genius for self-promotion, who speaks his mind and can pay his own way. Up on stage with the timid, Donor-whipped other GOP hopefuls he will be free to bring forth hatefacts and ask questions the Establishment does not want asked.

He will, in other words, be free to speak truth to Donor Power!

Trump’s candidacy terrifies the GOP managers. They remember a previous vanity candidate who cost them the Presidency. Perot took 19 percent of the vote, mainly from disgruntled Republicans. Eeek!

And then, Ann Coulter. Ann does get invited on Fox News. Her books are bought by millions. Her latest, exposing the sick, nation-killing hoax that is U.S. immigration policy, is a bestseller.

Efforts by the Department of Culture and Propaganda to silence her by mockery are falling flat. Until they can gin up some kind of Hate Crime lawsuit against her, perhaps in a foreign jurisdiction, Ann is out there Speaking Truth to Power along with The Donald.

There has in fact been some cognitive cross-fertilization. Ann has tweeted that Trump got an advance copy of ¡Adios America! These two could make quite a team.

That was the thought behind my proposal, in the June 20 Radio Derb, for a Trump-Coulter GOP ticket.

I meant it facetiously at the time; but the more I think about the idea, the more I like it.

Whether Trump-Coulter be an electable ticket, I leave to the reader’s judgment. That ticket would stir up the Presidential race wonderfully, though. Power would be having more Truth spoken to it on the campaign trail than has been the case for many a long year.

TRUMP-COULTER 2016! The more I look at that slogan, the more I like it.

Can we get some buttons made up?

John Derbyshire [email him] writes an incredible amount on all sorts of subjects for all kinds of outlets. (This no longer includes National Review, whose editors had some kind of tantrum and fired him. ) He is the author of We Are Doomed: Reclaiming Conservative Pessimism and several other books. His most recent book, published by VDARE.com com is FROM THE DISSIDENT RIGHT (also available in Kindle).His writings are archived at JohnDerbyshire.com.