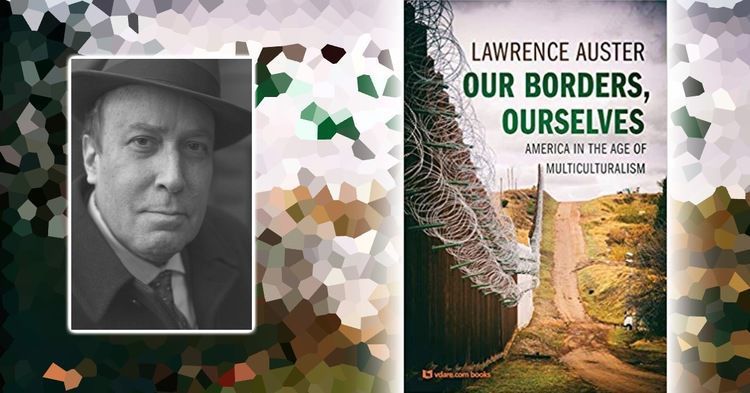 [Lawrence Auster, proprietor of the great immigration patriot blog View From The Right, died of pancreatic cancer seven years ago today, March 29 2013. The following is adapted from recent remarks that Laura Wood gave at a dinner to honor his memory, and to celebrate the posthumous publication of his magnum opus, Our Borders, Ourselves: America in the Age of Multiculturalism, which she edited. Copies may be purchased here]. 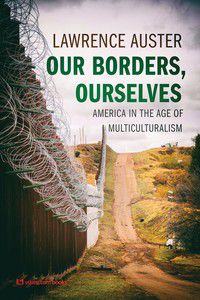 In October 1997, Lawrence Auster spent a night at the movies.

An excoriating letter to the film critic who had recommended the movie followed soon after. Auster was prone to excoriating criticism and he was very good at it. It’s worth quoting his letter to reviewer Michael Medved at length:

On a Saturday night a few weeks ago, a friend and I were looking for a movie to see. She had noticed that you had given three and a half stars to “In and Out,” the comedy about a high school teacher who is “outed” by a former student. We weren’t particularly eager to see a movie about homosexuality, but this movie, at least as the tv ads portrayed it, seemed to be about someone who is falsely thought to be homosexual; it didn’t seem to be gay agitprop but a comedy that might take an unpredictable angle on the subject of people’s attitudes toward homosexuality. That, combined with your strong recommendation of the film, and your reputation as an upholder of “traditional values,” persuaded us to see it.

Well, we were in for a surprise. Not only was ‘In and Out’ an insultingly stupid, vulgar and dishonest movie in innumerable ways, it also turned out to be a blatant piece of homosexual propaganda…. The subliminal message here is that anyone who has not signed on to the gay agenda is sexually fearful and repressed. (In the same way, the sexual liberationists of the 1960s mocked as sexually inadequate anyone who defended traditional sexual norms—a most effective technique of intimidation and mind-control.)

As we were talking about the movie afterwards, it occurred to us why you had recommended it. As a movie critic, you are not a moral traditionalist in any serious way. For you, traditionalism simply means that you like movies that are “sweet” and “wholesome” and “family-oriented,” that are not nasty and ugly and nihilistic. On the basis of this litmus test, if a movie seems sweet and positive, you will approve of it, no matter what its actual content.

…By this standard, Mr. Medved, if Hollywood made a movie about, say, Middle American teenagers practicing vampirism (which is actually happening today), and if the movie avoided the graphic reality of vampirism and presented the subject in a funny, wholesome way, then you would say: “What distinguishes this movie isn’t its ‘vampirism,’ but its all-embracing, warm-hearted humanity.”

After more denunciation, the letter concluded:

Mr. Medved, I have written this letter because we are in the midst of a horrifying cultural devolution in this country, and it is occurring on the Right as well as the Left. Every day the utter collapse and fraudulence of conservatism, its increasingly nihilist culture, and its constant betrayals of the political principles and moral values it claims to stand for, is manifested in new ways. I hope you are not becoming a party to the betrayal.

The writer and social critic who died of cancer seven  years ago today and whose book, Our Borders, Ourselves: America in the Age of Multiculturalism, was published by VDARE.com last fall, wrote many dozens of similar letters to editors, book reviewers, journalists, clergy, relatives and friends during his 64 years. One can only imagine the dismay with which many of these people perused these painstakingly detailed critiques and their stricken silence in response.

Rich in eloquence, Auster believed cultural warfare was his duty.

By the standards of the world, he was a failure. He had devoted readers at his blog View from the Right for the last 11 years of his life, but he died as he had lived, in poverty and unknown to the general public—with the disgrace of writing about the most shameful of all topics, race and immigration.

The roots of his motivation and perseverance despite few rewards can be found, I believe, in a formal recommendation by an assistant English professor at the University of Colorado where he had earned a bachelor of arts degree in his late twenties (he dropped out of Columbia years before because, he said, he was too immature to understand the books he was reading). The professor wrote:

Larry Auster is without doubt one of the finest students I have taught at this university—he partakes in none of the mediocrity that so many other students seem bogged down in. I had him in an upper level-level American literature class, and the quality of his presence in that experience was simply remarkable. It got to the point where I would each day look forward to hearing what Auster had to say—and what came from him was always articulate, and most frequently, right on target. His range of knowledge is impressive— in three years of teaching there I have not had an undergraduate who could range around world literature like he can.

The recommendation continued with more praise, but it was never used for what it was intended: admission to a graduate program. Auster was devoted to literature so much that he did not become an English professor, after considering it. He said that to make that passion a career would destroy his independent, non-utilitarian attachment to it.

His great love of literature and Western art explains, I believe, why he became a critic of multiculturalism. The conversation the great canon represents is rooted in national attachments and loyalties.

Auster strongly believed America was finished. However, this was not cause for surrender. There was no reason to stop loving this country or to give up hope for the ongoing conversation. The crisis that is unfolding before us today with the COVID-19 virus would not surprise him. But it also would not demoralize him.

Not only was Auster an impassioned letter writer, he frequently jotted down his observations of the cultural scene in notes. On August 30, 1999, he wrote down some reflections on “Seeing and Living the Truth about America.”  What he said is especially relevant, particularly to those who may be struggling with discouragement.

Around August 27, 1999, after another conversation in which we seemed to be so upset about the latest outrage, as though this had never happened before …, I said to [my friend] that we have to recognize that the Left has truly taken over, and so not be upset or feel threatened by each new bad thing that occurs. That we need to stand apart from America. That we need to understand that our country, the land to which we owe our loyalty and our concern, is no longer America, but the Remnant. That our concern in contemporary events is not to save America, because America is already lost, but rather to help preserve the Remnant from the evil force that America has become.

When [my friend] said something to the effect that it’s bad to see other people as evil, I wrote the following e-mail:

It doesn’t mean hating people or regarding people as evil. It means really trying to follow Jesus, who “did not commit himself to them, because he himself knew what was in man.” Jesus saw everyone’s true nature as being of God, so he didn’t feel himself separate or divided in hatred from anyone; but he also saw with no illusions people’s sinful or evil nature that covered up their true Godlike nature in this life, and he only personally committed himself to people who were seeking God or were open to God. Thus he saw people as they truly were.

Our attachment to America, our solicitude for the fate of America, our fear of the evil that is destroying America, is a film that distorts our vision of this truth. It prevents us from being masters of our own consciousness, because we are constantly losing our equipoise, our true self, our true focus in God, by becoming anguished about whatever evil is manifesting today and threatening America.

Auster’s friend replied that this would entail “giving up the belief that America is good, uniquely good and special.” He responded:

I feel what you’re saying. Maybe that part of myself has gone, so it’s not there to hold onto. Maybe that part of ourselves. Which seems so true, is not true but something that keeps us from truth. There is a large element of idolatry in Americanness, and maybe the spiritual purpose of the rising evil all around us is to shock us out of that idolatry.

There is a fine line between idolatry and patriotism.

Laura Wood (email her) is the Editor of The Thinking Housewife.