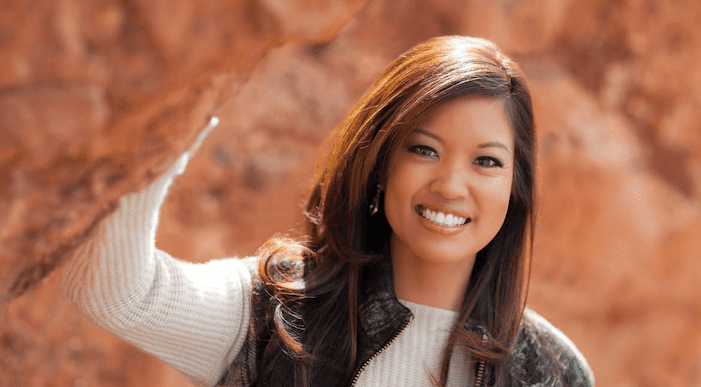 Michelle Malkin’s OPEN BORDERS INC.—Americans Financing Own Dispossession, Banned For Talking About It

Adapted from The Social Contract Magazine

to knowingly bring or attempt to bring aliens across the border illegally; to knowingly conceal, harbor, or shield them from detection in reckless disregard for the law; and to engage in any conspiracy or to aid and abet such acts. (Title 8 U.S. Code Section 1324)

But this is easy to forget not merely because of the impunity enjoyed by countless individuals and private groups pushing for Open Borders--it is above all the US government’s active disregard for its own laws. If you pay taxes, your money is making this lawlessness possible.

One example: The Federal Reserve runs a remittance service called Directo a México (“Direct to Mexico”) and promotes it in collaboration with the Institute for Mexicans Abroad, an agency of Mexico’s Foreign Ministry. By 2010, more than four hundred banks and credit unions had signed up for Directo a México. Any illegal worker in the US can get an account at such a bank by means of an “Individual Taxpayer Identification Number" issued by the Internal Revenue Service itself. Both the Fed and the IRS are thus openly in violation of the law against aiding illegal aliens.

Another example: The detention facilities for illegal entrant minors recently the center of so much controversy are also overwhelmingly taxpayer-funded. They grew out of Flores v. Reno, a 1997 class-action settlement between Open Borders groups and the Clinton administration. Under the settlement, the government agreed to provide child illegal entrants with

food, clothing, personal grooming items, medical and dental care, academic classes, appropriate reading material in languages other than English, at least one hour a day of large muscle activity, structured leisure time activities, social work, group counseling, access to religious services of the minor’s choice, legal services information regarding the availability of free legal assistance, the right to be represented by council, the right to a deportation or exclusion hearing and the right to apply for political asylum.

It is such full-service taxpayer-sponsored shelters for young invaders that are now being likened to “concentration camps.” A network of some 100 of them spread across 17 states has provided care for over 34,000 children at an average daily cost to the taxpayer of about $700 per child.

Needless to say, these “concentration camps” have proven a magnet for illegals, who see them as a way of obtaining free care and schooling for their children with little risk of deportation. As Acting DHS secretary Kevin McAleenan notes, the Flores settlement “has been the essential driver… for the increase in family units” entering the country illegally.

Humanitarianism is a two-edged sword. The “concern for children” that inspired Flores has provided incentives for thousands of Latin Americans to endanger their own and others’ children by transporting them—or, worse, having them transported by professional smugglers—through hundreds of miles of unforgiving desert terrain. The drug cartels which control these areas charge $1000-1500 per person for passage, and failure to pay can mean death for both smuggler and migrant.

US authorities sometimes find these children in an appalling state. Although they provide what emergency medical assistance they can, the frequent end result is another “child death in ICE custody,” so publicized to create the impression our agents are akin to Nazi thugs.

The recent Central American Exodus is commonly credited to the marchers’ need to “escape violence,” but a survey of 3200 Guatemalans found only 0.3 % citing violence at home as the reason for coming. 91% admit their primary motives are economic. [91.1% of Guatemalans Migrate to the U.S. for Economic Reasons, by Kausha Luna, Center for Immigration Studies, August 7, 2017] Portrayed by journalists as a spontaneous movement, the “Caravan” of 2018 was in fact organized by a group called Pueblo Sin Fronteras run by Irineo Mujica, a Mexican-American dual-national ingrate Amnestied in 1986. A press release issued in the group’s name absurdly stated:

We demand of Mexico and the United States that they open the borders to us because we are as much citizens as the people of the countries where we are and/or travel. 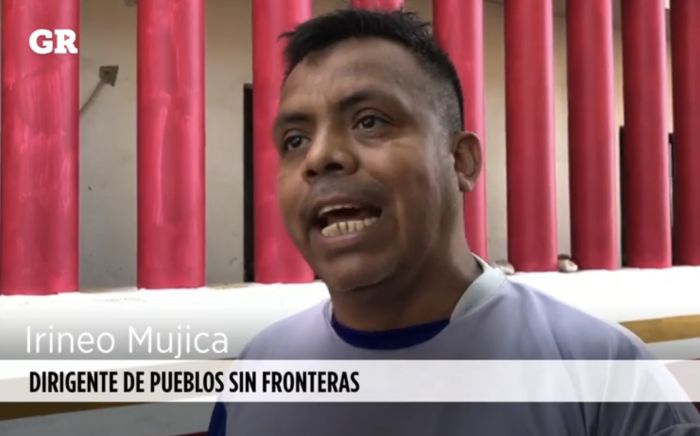 Not only your taxes, but also the money you may have put in the church collection plate is being used to fund your dispossession. For example, the Catholic Church has been a major funder of the recent Central American caravans, financing shelters all along the route in Mexico. America’s 72 million Catholics collectively contribute $11.9 billion per year to their parishes. Yet, as Malkin (who is herself a Catholic) writes, they are generally “left in the dark about how their donations are enabling human trafficking, violent crime, and exploitation of cheap, illegal alien labor in America.”

The activities of the Catholic Legal Immigration Network Inc. (CLINIC) cover every possible aspect of resistance to immigration enforcement, from political advocacy to grant-making, to training activist lawyers, to filing “upward of 250,000 applications, petitions, motions, and waivers on behalf of aliens.” They have teamed up with the Southern Poverty Law Center to sue the Trump administration over its detention policies involving minors. Last March they joined other Catholic organization in filing a friend-of-the-court brief [PDF] with the Supreme Court arguing that all foreign Muslims (!) have First Amendment rights (!!) to emigrate to America and practice their religion.

The Catholic Campaign for Human Development (CCDH) was founded in 1969 as a permanent funding mechanism for the Industrial Areas Foundation, a joint project of Chicago Bishop Bernard J. Shiel and Saul Alinsky to train community organizers for “social change.” CCDH spent $3.5 million on amnesty-promoting efforts in 2013. They also grant money to organizations with names like Latinos United for a New America, Justice Overcoming Boundaries, and Immigrant Workers’ Project. They funded ACORN before its dissolution in the wake of James O’Keefe’s devastating exposé. Barack Obama once ran a CCHD-funded outfit in Chicago.

All of this grantmaking is supposedly meant “to put Catholic teaching on immigration into practice.” One wonders how well they enforce the Catechism’s teaching that immigrants “are obliged to respect with gratitude the material and spiritual heritage of the country that receives them, to obey its laws and to assist in carrying civic burdens.”

Six of the nine voluntary agencies resettling “refugees” in America are religious in nature. In order of annual revenue, they are:

The work these agencies do is not charitable; they are paid for everyone they settle. There used to be a program under which the agencies could settle refugees at their own expense, but it was canceled in the mid-1990s for lack of use.

Malkin reports that the UN acknowledges that few “refugees” are in immediate danger. It is difficult to verify their stories, so fraud may be presumed common.

Nearly half of resettlement costs are spent on welfare. Some Muslim preachers encourage their migrant flock to make use of welfare so that they may devote their efforts to destroying their host countries rather than to supporting their families. Malkin lists sixty Muslim “refugees” who have gone on to wage Holy War against America; she calls them “refujihadis.” But after the first four months, settlement agencies bear no legal responsibility for such behavior.

Malkin devotes her longest chapter to the Southern Poverty Law Center, detailing its smear techniques as well as the recent scandal which finally took down founder Morris Dees. Most original is her account of prominent American corporations in bed with this sinister organization. Apple once gave the SPLC a cool million, and Google actually reimburses its own employees for “volunteering” with them.

Google/YouTube has designated the SPLC a “trusted flagger” of impermissible content, and Facebook lists them as one of the “external experts and organizations” they call upon “to inform our hate speech policies.” Twitter calls the SPLC a “safety partner” working to combat “hateful conduct and harassment,” and their “safety partner” has boasted that Twitter’s December 2017 “crackdown on hate groups and extremist rhetoric” came in response to its own pressure. In contrast, Malkin gives many examples of Leftists who have gotten away with advocating violence on the platform.

PayPal CEO Dan Schulman claims his company consults with outside groups on both the “right and the left” before deciding whose accounts to terminate, but the SPLC is the only group he will mention by name. Journalist Luke Rohlfing was suspended from PayPal for exposing how the company had helped Pueblo Sin Fronteras raise money for its caravan (in violation of PayPal’s own rules against using the platform for illegal activities) [Bad Hombres: PayPal Continues To Help Fund Immigrant Caravans, by Luke Rohlfing, Big League Politics, May 4, 2018].

Amazon sponsors a program allowing customers to donate 0.5% of the value of their purchases to a charity of their choice. They rely on the SPLC to tell them which charities to exclude because, in the words of a company spokeswoman, “we don’t want to be biased whatsoever.” And nothing says neutral objectivity like the SPLC’s campaign to destroy all with whom it disagrees. It will surprise no-one that VDARE.com, although recognized by the IRS as a 501((c)(3) charity, is banned from Amazon.

As Malkin notes, none of this censorship and bullying is “about transparency or trust or safety…. It’s all about control.”

Her book is co-dedicated to “my patriotic friends and allies dwelling in the Valley of the Banned.” All of us in that Valley, and the Historic American Nation, owe her a debt.