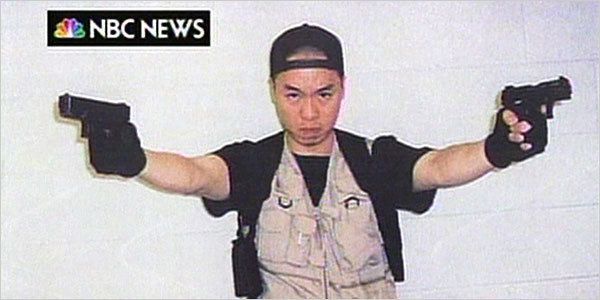 Missing At Virginia Tech: A Culture of Self-Defense

Instead of teaching students to defend their beliefs, American educators shield them from vigorous intellectual debate. Instead of encouraging autonomy, our higher institutions of learning stoke passivity and conflict-avoidance.

Yesterday morning, as news was breaking about the carnage at Virginia Tech, a reader e-mailed me a news story from last January. State legislators in Virginia had attempted to pass a bill that would have eased handgun restrictions on college campuses. Opposed by outspoken, anti-gun activists and Virginia Tech administrators, that bill failed. [Gun bill gets shot down by panel |HB 1572, which would have allowed handguns on college campuses, died in subcommittee, By Greg Esposito, Roanoke Times, Roanoke Times, January 31, 2006]

Is it too early to ask: "What if?" What if that bill had passed? What if just one student in one of those classrooms had been in lawful possession of a concealed weapon for the purpose of self-defense?

If it wasn't too early for Keystone Katie Couric to be jumping all over campus security yesterday for what they woulda/coulda/shoulda done in the immediate aftermath of the shooting, and if it isn't too early for the New York Times editorial board to be publishing its knee-jerk call for more gun control, it darned well isn't too early for me to raise questions about how the unrepentant anti-gun lobbying of college officials may have put students at risk.

The back story: Virginia Tech had punished a student for bringing a handgun to class last spring—despite the fact that the student had a valid concealed handgun permit. The bill would have barred public universities from making "rules or regulations limiting or abridging the ability of a student who possesses a valid concealed handgun permit . . . from lawfully carrying a concealed handgun." After the proposal died in subcommittee, the school's governing board reiterated its ban on students or employees carrying guns and prohibiting visitors from bringing them into campus buildings.

"[I]t is absolutely mind-boggling to see the opinions of Bradford Wiles. . . . The editors of this page must have printed this commentary if for no other reason than malicious compliance. Surely, they scratched their heads saying, 'I can't believe he really wants to say that.' Wiles tells us that he didn't feel safe with the hundreds of highly trained officers armed with high powered rifles encircling the building and protecting him. He even implies that he needed his sidearm to protect himself . . ."

"The writer would have us believe that a university campus, with tens of thousands of young people, is safer with everyone packing heat. Imagine the continual fear of students in that scenario. We've seen that fear here, and we don't want to see it again. . . . Guns don't belong in classrooms. They never will. Virginia Tech has a very sound policy preventing same." [Imagine if students were armed, Roanoke Times, September 05, 2006]

Some high-handed commentators insist it's premature or unseemly to examine the impact of school rules discouraging students from carrying arms on campus.

Pundit Andrew Sullivan complained that it was "creepy" to highlight reader e-mails calling attention to Virginia Tech's restrictions on student self-defense—even as the Brady Campaign to Prevent Gun Violence rushed to capitalize on the massacre to sign up new members and gather e-mail addresses for Million Mom March chapters.

"We are outraged by the increase in gun violence in America, especially the recent shooting at Virginia Tech," reads the online petition. "Add your name to the growing list of people who are saying: 'Enough Is Enough!'"

You want a safer campus? It begins with renewing a culture of self-defense—mind, spirit and body.

It begins with two words: Fight back.