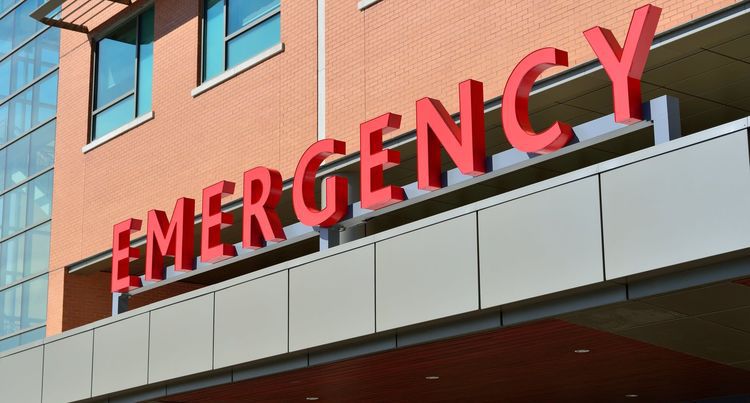 Must Texas Taxpayers Subsidize Their Own Dispossession?

When Hillary Clinton proposed a universal health care system, she only had the comparatively modest goal of providing socialized medicine to all American citizens. Now, public hospitals in Texas' largest counties are outdoing the former First Lady and defying federal law by continuing to deliver unlimited free health care services to illegal immigrants.

The controversy began when Texas Attorney General John Cornyn issued a July 10 opinion (PDF format) finding that the federal Personal Responsibility and Work Opportunity Reconciliation Act (PWORA) of 1996 bars Texas public hospitals from providing most health care services to illegal immigrants. Cornyn's ruling was legally unassailable, because the PWORA specifically and unambiguously states that the only free or discounted services public hospitals can provide to illegal aliens are emergency room care, immunizations and treatment for communicable diseases and child abuse.

Now, some Harris County Hospital District officials are using a 1999 Texas constitutional amendment for cover, citing its provision that county hospitals "take full responsibility for providing medical and hospital care to needy inhabitants of the county." However, even if this language implicitly includes illegal immigrants because they are inhabitants, these officials should return to Law 101 where they will learn that the Supremacy Clause of the U.S. Constitution means that federal law supersedes state law.

Thumbing their collective noses at federal law and the AG, the hospital districts of Harris, Bexar, Dallas, and El Paso counties are nevertheless continuing to provide unlimited free health care to illegal immigrants. Apart from these districts' disturbing willingness to break the law, Cornyn's ruling and the PWORA are sound public policy for several reasons.

First, we must ask whether Texas taxpayers have an obligation to provide free health care to all of the citizens of Mexico, or even for all the world's citizens. This question is relevant because the only difference between an illegal Mexican immigrant who successfully crosses the border and a Mexican citizen who remains in Mexico is that the former has broken our laws. Why shouldn't Texas taxpayers' largesse simply be used to open a public hospital on the other side of the border and save Mexicans the trip?

Second, this question of whether to provide free health care for all Mexican citizens is also critical because unlimited free American health care, which is far superior to the health services available in most parts of Mexico, surely encourages the ongoing flood of illegal immigration into Texas. Still worse, it provides an incentive for the frail and chronically ill to immigrate, whose burden on Texas' health care system will be especially great at the same time they do not provide any countervailing benefit to the state's economy by entering the workforce.

Third, all of this comes at an enormous expense to Texas taxpayers. The Harris County Hospital District alone doled out $330 million in free medical care to illegal immigrants over the last three years. Even more ominously, the flood of illegal immigrants seeking free health care may crowd out U.S. citizens. Many public hospitals in Texas are already overburdened and some such as Brackenridge Hospital in Austin have begun turning patients away.

Finally, the federal law is sufficiently humanitarian because it assures that illegal immigrants will receive emergency services. It also protects the public health by allowing free immunizations.

Of course, those favoring socialized medicine for illegals claim that it actually costs more to deliver only emergency care. But this defies common sense, as emergency care is rarely used while use of the broad spectrum of non-emergency medical services is unlimited. A high-deductible, catastrophic medical insurance policy would not cost far less than a traditional fee-for-service policy were it not true that providing all health care services is more expensive than only emergency care. Immunizations, which were wisely exempted from PWORA, are the only health care service that has been proved to save money in the long run.

Ultimately, if Texans do not want a state income tax and even higher local taxes, we must gain control of public health care expenses, which are approaching a third of the state budget.

A good way to start would be to obey federal law and stop delivering a blank check for a lifetime of free health care to those who illegally enter this state.

(Marc Levin is State Vice Chairman of the Young Conservatives of Texas. Click here for YCT's  official complaint to the Harris County DA's Office about this raid on the Texas taxpayer, and here for the Houston Chronicle story about the criminal investigation started by District Attorney Chuck Rosenthal as a result of this complaint.)