On The Home Front, Bush Caves On Quotas

Nathaniel Parker
A+
|
a-

The Bush Administration has quietly sold out its conservative base in a deluded quest to win minority votes by pandering on "diversity." The only difference between Republicans and Democrats is that Democrats are honest – and effective.

The petitioners are white applicants denied admission to the University of Michigan. Barbara Grutter was turned down by the law school. Jennifer Gratz and Patrick Hamacher were rejected by the college. All alleged, with strong evidence, that they were rejected to make room for less-qualified black and Hispanic applicants who were admitted to meet racial quotas.

This was no surprise. For over 30 years, American universities have routinely preferred non-white over white applicants, as well as women over men and foreigners over Americans, in pursuit of "diversity" and cosmic justice. The University of Michigan's racial quota schemes were pretty explicit, aimed at achieving minority enrollment roughly proportional to their percentages of the general population. Undergraduate admissions officers awarded points for assorted characteristics and achievements, with 100 the usual threshold for automatic admission. A perfect SAT score was worth 12 points. Being black, Hispanic or American Indian was good for 20.

When the U.S. Supreme Court agreed to review the Michigan cases, the Bush Administration was widely expected to file amicus curiae briefs opposing the University's use of quotas. (Amicus curiae briefs are filed by non-parties that have an interest in a case's outcome. The Michigan cases have drawn more than any previous Supreme Court case – most support the University.) But after Trent Lott's maladroit birthday kiss to Strom Thurmond, the Administration waffled. Finally, Solicitor General Theodore Olson did indeed file briefs opposing explicit racial quotas—but no more.

As VDARE.COM's Steve Sailer predicted, the BushRoveans are trying to have it both ways. They hope to dupe the Republican faithful with a rejection of the most blatant form of affirmative action. Simultaneously, they aim to appease the racial lobbies and diversity racketeers by advocating nothing that might actually make admissions race-neutral.

What the Administration is really asking for: a reaffirmation of the affirmative action status quo of the last 25 years – discriminate, don't tell.

The briefs Olson filed [Grutter (Law School) PDF; Gratz (Undergraduate) PDF] are reportedly not what he submitted to the White House. According to Robert Novak and others, Olson's original drafts did argue against any consideration of race, rejecting the current shibboleth that government has a "compelling interest" in the racial composition of student bodies.

But between Olson and Bush stood White House counsel, former Texas Supreme Court Justice and certified Bushbuddy Alberto Gonzales. Gonzales supports affirmative action and quotas. He revised the briefs to laud diversity and emphasize government's compelling interest in achieving it, excising any call to eliminate preferences other than explicit quotas. Olson apparently never got to make his case to the president—who apparently agrees with Gonzales anyway, in as far as he thinks about it at all.

For those who favor race-neutral admissions, the good news ends there.

The briefs, as revised by Gonzales , do no more than ask the Court to reaffirm its confused 1978 Bakke ruling. Bakke is the root of the current muddle. In it, Justice Lewis Powell, in a majority opinion no other Justice joined, said that numerical racial quotas for university admissions were unconstitutional. But Powell also accepted the argument that student racial diversity was so important that government has a compelling interest in achieving it.

Powell's position in essence: racial discrimination in the service of social engineering is acceptable, just don't explicitly quantify it.

Powell obligingly offered the social engineers a blueprint. He quoted extensively from Harvard College's explanation of how in the mid-1970s it was rigging admissions to generate a diverse student body without explicit quotas. According to Powell, race could be a factor; it just couldn't be the "deciding" factor. There is no accurate test, of course, to determine when admissions officials cross that imaginary line.

The Bush Administration briefs do not even ask for one. Its Grutter brief says

"In the final analysis, this case does not require this Court to break any new ground to hold that [the University of Michigan's] race-based admissions policy is unconstitutional."

The Bush Administration is happy with Bakke because it fully accepts the diversity rationale that led Michigan to discriminate in the first place. Its Grutter brief concedes:

"Ensuring that public institutions, especially educational institutions, are open and accessible to a broad and diverse array of individuals, including individuals of all races and ethnicities, is an important and entirely legitimate government objective. Measures that ensure diversity, accessibility and opportunity are important components of government's responsibility to its citizens."

The Bush briefs implicitly assume, typical of affirmative action defenses, that adequate "accessibility" and "opportunity" can only exist when ethnic groups are present in numbers roughly proportional to their percentage of the population. That truly equal accessibility and opportunity might mean lower percentages of black and Hispanic students—or higher percentages of Asians and Jews—are unacceptable. So it is never considered.

The Bush Grutter brief makes clear that the Administration has no objection to race-conscious admissions – as long as they're not honestly race-conscious:

"Nothing in the Constitution prevents public universities from achieving these laudable goals [diversity, accessibility and opportunity] because there are a variety of race-neutral alternatives [but the alternative the Administration advocates is no such thing] to achieve the important goals of openness, educational diversity and ensuring that all students of all races have meaningful access to institutions of higher learning."

But if truly race-neutral measures are not producing the correct proportions, the Bush brief continues -

"Schools may identify and discard facially neutral criteria that, in practice, tend to skew admissions in a manner that detracts from educational diversity. [i.e., that produce student bodies that are unacceptably white] They may also adopt admissions policies that seek to promote experiential, geographical, political or economic diversity [all of which are handy surrogates for race] in the student body, which are entirely appropriate race-neutral governmental objectives."

And the Bush Administration has its own idea about how to skew admissions, which it offers the Court as its surrogate for the Harvard discrimination model that so pleased Justice Powell. After the Fifth Circuit Court of Appeals ruled in Hopwood (1996) the University of Texas law school's quota admissions policy unconstitutional, Texas educrats and politicians cast about for a way to rescue minority preferences. Their solution, signed into law by Governor George W. Bush: to guarantee admission to the state university of his choice to any Texas high school graduate in the top 10% of his class. Similar programs have been enacted in Florida (top 20%, signed by Governor Jeb Bush) and California (top 4%).

The effect: de facto racial preference—10% of the graduates of Texas' worst high schools, often overwhelmingly black and Hispanic, are guaranteed places, while better qualified applicants from more demanding schools are denied. Black and Hispanic numbers at the University of Texas, which fell after the Fifth Circuit's ruling, were largely restored after the 10% Plan became law. The Bush briefs celebrate this result—even though, viewed objectively, it is a clear indication that race is once again trumping merit. The only difference is that the University of Texas can't even discriminate in favor of the best black and Hispanic candidates, who may very well be in demanding schools where they don't make the top 10%.

The New York Times' Supreme Court reporter Linda Greenhouse has gloatingly predicted (March 30) that the Court will not upend the racial preference racket. Greenhouse, revising Mr. Dooley's observation that "the Supreme Court follows th'election returns," argues that the Court will not buck the will of the establishment as expressed in that blizzard of amicus curiae briefs filed in support of the University of Michigan by what she describes as "the alma maters of every member of the court,…dozens of Fortune 500 companies and, most unexpectedly, 21 retired generals and admirals."

Greenhouse quotes the old warhorses' argument: "'At present, the military cannot achieve an officer corps that is both highly qualified and racially diverse' without affirmative action." So race must trump merit to produce the more diverse, but likely less capable, officer corps that they prefer.

It is important to note that these arguments are frankly non-legal. Apparently, Greenhouse believes, and the Establishment hopes, that the Anglo-American ideal of an objective law must buckle under the stress of racial conflict.

If they are right, this is yet another example of diversity's cost to America. And the Bush Administration's failure to provide leadership and argue the case against racial preferences is all the more culpable.

Racial quotas are a zero-sum game. If minorities are guaranteed perquisites, the white majority must lose them. And whites, when we last looked, are the Republican Party's political base.

There is a word for what is emerging in America, with George W. Bush's support. That word is Lebanonization – a government's attempt to suppress communal conflict by ever-increasing intervention in society aimed at reapportioning goodies according to some political formula.

Of course, it ultimately failed in Lebanon, which dissolved into civil war between the different factions of Christians, Muslims and others. And – perhaps a minor point—it's incompatible with freedom. 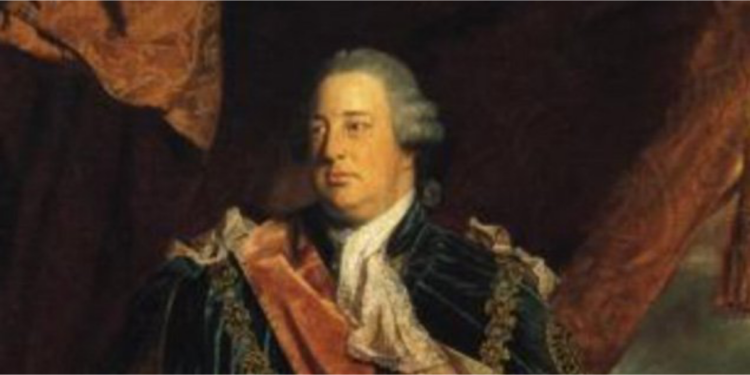