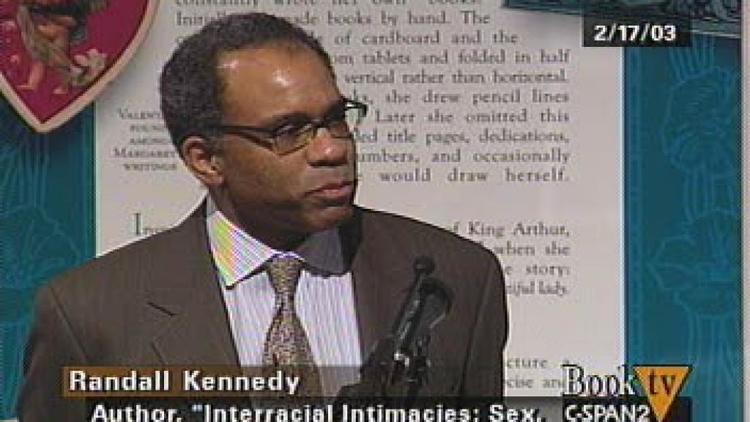 Randall Kennedy is an African-American professor at Harvard Law School who writes generally sensible articles on black-white topics. His latest book, Interracial Intimacies: Sex, Marriage, Identity, and Adoption, is about adoption and romance across black-white race lines - both of which he favors.

You won't forget Kennedy is a law professor. But the human interest of his material is so strong that Interracial Intimacies makes a relatively good read. (Alternatively, you can just read Kennedy's free article introducing his book in The Atlantic.)

However, Interracial Intimacies illustrates a major shortcoming in how American intellectuals think about race. It's by no means a fatal flaw in Kennedy's book, but its presence is typical. The problem: almost every author who writes about African-Americans' social problems appears to know nothing—and doesn't seem to want to learn anything—about Africans.

Let's call it the Blank Slate Theory. Everyone acts as if the social history of black Americans traces to that day in 1619 when the first slaves were herded on to that dock in Virginia - but absolutely no farther back.

In contrast, a musicologist writing on the background of American popular music who ignored African influences would be laughed at - and rightfully so. (For instance, if you're a student facing a deadline, here's a convenient "pre-written" term paper on the "African Roots of Rap and Hip Hop" - only $89.50!)

There's no mention of "Africa" in Kennedy's voluminous index. That's standard practice in writings about American social problems. African marriage and adoption customs are simply assumed to have no bearing on African-Americans.

This seems insulting to blacks, especially during Black History Month. The social structures that developed among black Africans allowed them to expand from a small homeland in West Africa only a few thousand years ago and to ethnically cleanse the original owners of sub-Saharan Africa, the yellow-brown Bushmen/Hottentots, from all but the desolate southwestern corner.

Surely some traces of this continent-conquering way of life must have crossed the Atlantic? 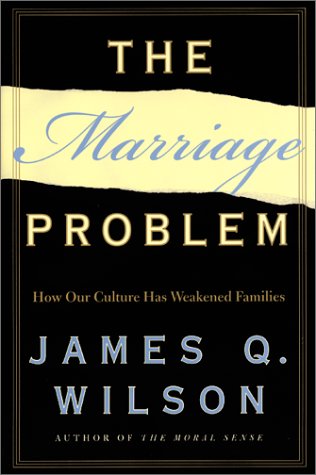 The only book by a famous intellectual that I've come across that addresses the African roots of African-American family mores is "The Marriage Problem: How Our Culture Has Weakened Families" by James Q. Wilson, the distinguished political scientist.

Consider Kennedy's long section on the controversy over foster care vs. adoption for black children. Kennedy rightly denounces the National Association of Black Social Workers (NABSW), which notoriously condemned as "cultural genocide" all laws that allowed whites to adopt black children. As a result of this NABSW edict, from 1970 to 1974 the number of black kids placed in white homes fell by 67 percent. (The policy has now been relaxed, under political pressure.)

I have a certain sympathy with the NABSW. As an adopted child myself, I found it beneficial to look like my (adoptive) parents. We didn't hesitate to tell anybody we liked that I was adopted. But the fact that strangers just assumed I was the biological child of my parents saved me from pestering.

But after 1972, African-American nuclear families collapsed. The number of parentless older black children skyrocketed. With the decline in married black households, the chance for a black child to find a black two-parent adoptive home dropped dramatically. More and more black kids were dumped on the temporary foster care system.

Political pressures have mounted to recruit more black adults to serve as foster (and adoptive) parents. … Local governments have been reaching out to marginal or even high-risk families to care for juvenile wards, whose number has burgeoned …  Child-welfare bureaucracies have been hurting the very youngsters they are attempting to help, by placing them in foster homes that are little better and sometimes worse than their homes of origin.

You can read about the results of these wonderful policies in your major urban newspapers - as they compete to win Pulitzer Prizes with heartbreaking investigative series on the local foster care disasters.

But let's be honest. The number of whites willing to adopt older black children isn't big enough to make a huge dent in the problem.

The root cause of parentless black children is not the NABSW policy, but the sizable numbers of black parents who don't adequately take care of their biological children.

In fact, African-Americans have a long tradition of informally fostering their children out to other blacks. And this isn't unique to Africans in America. James Q. Wilson's book offers a striking example of long-lasting cultural continuities:

Children in West Africa are often raised by people who are not their parents. In some communities, more than half of all of the children spend much of their young lives away from their parents, often living with close kin but sometimes with adults who are not related to them at all. This practice is called fostering. So far as we can tell, fostering in West Africa is a centuries-old tradition… It occurs for many reasons, but mostly because one parent is dead or missing.

Parents often died of disease. Indeed, much of the slow economic progress of Africa over the millennia can be attributed to the extraordinary disease burden Africans endured. John Reader's Africa: A Biography of the Continent emphasizes how hard it was to get things done in pre-colonial Africa because so many workers were sick at any one time. Of course, the U.S. environment is much less pathogen-ridden. But cultural assumptions change slowly.

If the husband is dead, the mother may find it difficult to remarry, especially if she brings another man's child into the new household… Whatever the motives, many West Africans regard fosterage as a perfectly acceptable means of raising children. Families there approve of delegating parental roles to other people, often beginning at a quite early age, especially if the mother is unmarried or is part of a polygamous family. But even when they remain at home, children in much of Africa, especially south of the Sahara, grow up pretty much on their own… The father is usually absent."

Wilson then explains the economic reasons why families in tropical farming cultures tend to be organized like this. It's fascinating stuff. I urge you to read the book because it's crucial to understanding American society today. Yet you can go years without hearing anything about it.

This ignorance is costly. Four decades ago, America imported a policy that had worked reasonably well in Scandinavia for a generation: paying generous welfare benefits to single mothers. Yet, within two or three years, illegitimacy and crime rates among African-Americans were soaring - because they didn't respond to the new incentives like Swedes.

Clearly, we need more understanding of the different cultures that make up the American population. For a start.