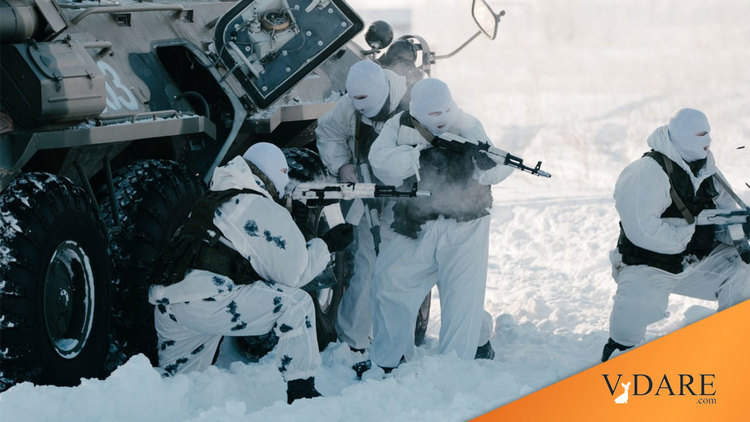 Winter has often proven an indispensable ally of Mother Russia.

The impending winter of 1812-13 forced Napoleon’s withdrawal from Moscow, a retreat from which his Grande Armee never recovered.

The winter of 1941-42 sealed the ultimate fate of the invading armies of Adolf Hitler’s Third Reich.

Vladimir Putin’s new strategy in the war he launched on Ukraine in February is to conscript the coming winter of 2022-23 as an ally of his failing army.

For weeks, there have been reports of Russian air, missile and drone strikes on power plants in every major Ukrainian city.

The false report that a Russian-fired rocket had landed in Poland, killing two civilians, came on a day when 100 Russian bombs, rockets, missiles and drones hit ”infrastructure” targets across Ukraine.

It was the heaviest Russian barrage to date in the nine-month war.

Putin’s goal: As the Ukrainian army battles the Russian army in the Donbas and Kherson, the power grid upon which the Ukrainian nation and people depend is to be systematically attacked, shut down, destroyed.

Without power, light and heat, Putin’s expectation is that the Ukrainian people, who have patriotically supported their army, will, in the tens of thousands this winter, be at risk of freezing to death in the dark.

Winter, from mid-December to mid-March, is the coldest and darkest of the seasons, and it begins in four weeks.

On Friday, CNN reported that, after the latest wave of Russian strikes, 10 million Ukrainians, a fourth of the nation, were without power.

”Russia is turning winter into a weapon, even as its soldiers flail on the battlefield,” wrote the New York Times on Sunday. ”In a relentless and intensifying barrage of missiles fired from ships at sea, batteries on land and planes in the sky, Moscow is destroying Ukraine’s critical infrastructure, depriving millions of heat, light and clean water.”

Ukraine’s state energy company adds: ”Due to a dramatic drop in temperature, electricity consumption is increasing daily in those regions of Ukraine where power supply has already been restored after massive missile strikes on November 15 on the energy infrastructure.”

But Americans, whose support for Ukraine has been indispensable in this war, also need to have a voice in when the war ends.

For us, the greatest stake in this Russia-Ukraine war is not who ends up in control of Luhansk, Donetsk or Kherson, but that we not be drawn into a military conflict that would put us on the escalator to a war with Russia, a world war and perhaps a nuclear war.

Nothing in Eastern or Central Europe is worth a major U.S. war with Russia that could go nuclear and cost millions of American lives.

The Donbas and Crimea may be of great importance to Kyiv and Moscow, but nothing in these lands would justify a U.S. war with a nuclear-armed Russia, the kind of war we managed to avoid through the Cold War from 1949-1989.

The recent incident of the S-300 surface-to-air missile misfired by Ukrainian forces, which landed several kilometers inside Poland, killing two Polish citizens, is a case in point.

Hawkish cries for NATO retaliation against Russia, under Article 5 of the NATO treaty, revealed that America’s War Party is still very much with us and eager for the next confrontation with Putin’s Russia.

In the final days of this lame-duck Congress, before control of the House passes to Republicans in January, Democrats are expected to approve Joe Biden’s request for another $38 billion for the Kyiv regime, its army and its war. Passage of this legislation would virtually guarantee that the U.S. continues to finance this war and extend the fighting until spring.

Why would we do this?

The U.S. ought not dictate to Kyiv when it should move to the negotiating track to end this war. But we Americans do have, given our indispensable contributions to the Ukrainian war effort, the right to tell Kyiv when we believe that the risks of further fighting exceed any potential gain for us; and, if Kyiv is determined to fight on, to give notice that Ukraine will be doing so without any more U.S. munitions.

Great powers should never cede to lesser powers, unconnected to their vital interests, the capacity to drag them into unwanted wars.

The Polish missile incident, and the noisy clamor that arose for retaliation against Russia for hitting a NATO country, exposed the risks inherent in our many treaty commitments, where we are obliged to go to war for scores of nations, most of which are not remotely related to the security or vital interests of the United States.

Patrick J. Buchanan needs no introduction to VDARE.COM readers; his books State of Emergency: The Third World Invasion and Conquest of America, and Suicide of a Superpower: Will America Survive to 2025? are available from Amazon.com. Patrick J. Buchanan is the author of “The Greatest Comeback: How Richard Nixon Rose From Defeat to Create the New Majority.“