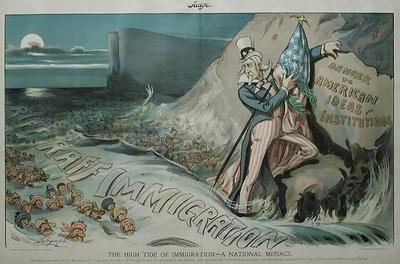 Return of the Nativist?

So Jonah Goldberg thinks Paul Gottfried is a "nativist."  Horrors!

Nativism (click here for a definition) gets a bad rap in North America. (When it doesn't come from Native Americans, that is.) Outside of North America, we hear a lot of good things about national self-determination, indigenous peoples, self-government, and throwing off the shackles of colonialism.

In fact, when U. S. troops were fighting communism, we used to even hear about how we should respect the sovereignty of communist countries, and their right to engage in communism. (Click here for an example).

But nativism in the U. S. is considered by Goldbergists to be an absolute evil, just a step above Nazism. In fact, they seem to have the two confused. Both words start with the same two letters, don't they? What more evidence do you need?

You might ask "Why would they be secret societies?" I don't know for sure, but it may have something to do with the rioting.

"The City of Brotherly Love had seen religious rioting between Protestants and Catholics for several months. Irish Catholics living in the Third Ward of Philadelphia, Kensington, disrupted American Republican Association meetings in Kensington. Members of the Association were enraged that could not meet in Kensington because they felt it was their constitutional right to do so. In one attempt to meet in Kensington, shots were fired, and a 19-year-old, supporting the flag on the speaker's platform to keep it from falling to the ground, was killed. George Schiffler became a martyr for the Association and his picture appears on Native American ribbons. In retaliation, more than a quarter of a million dollars in property damage and violence against Catholics left the Protestants with blood on their hands also."

With that kind of opposition, the nativists may have felt safer meeting in secret, and professing to "know nothing" of such matters.

What's often forgotten about these early nativist crusaders is that they were liberals—part of the "Protestant Crusade" that later fuelled abolitionism and Prohibition. They were dubious about the Roman Catholic Church because it was not liberal. And they were right. The Roman Catholic Church, as a social organization, was not particularly liberal. It's not meant to be liberal.

In the nineteenth century, Pope Pius The Ninth issued the famous "Syllabus of Errors", condemning (according to this modern Protestant website) "all the principles of modern civilization. " Later, priests were asked to sign an oath that they were neither liberals nor Modernists. 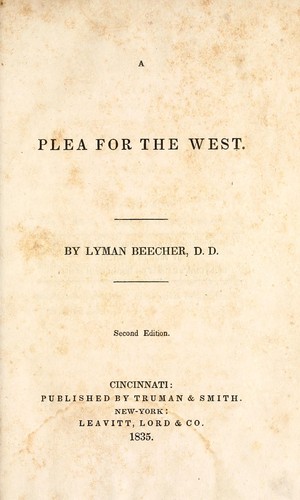 Neither was Europe very liberal in the nineteenth century. Lyman Beecher, (abolitionist father of Harriet Beecher Stowe and Henry Ward Beecher) in his anti-immigration book of the 1830's, asked.

Are not the continental powers alarmed at the march of liberal opinions, and associated to put them down? and are they not, with the sickness of hope deferred, waiting for our downfall? It is the light of our republican prosperity, gleaming in upon their dark prison house, which is inspiring hope, and converting chains into arms.

What he's talking about is the concept of Liberty Enlightening the World.  You may have heard of a well-known statue once associated with that concept.

Beecher's idea is the exact opposite of the modern Proposition Nation idea. The idea is that you export the Proposition, rather than importing the people.

Importing the people means importing their prejudices as well. This is a problem that modern liberals find difficult to understand. They say "Let's overcome our prejudices and let in all these people from China."

Then the people from China turn out to have prejudices of their own.

Remember that nativism has another meaning, though. In anthropology, it means a "social movement that proclaims the return to power of the natives of a colonized area and the resurgence of native culture, along with the decline of the colonizers."

Who would the colonizers be these days? Well, if you've been reading VDARE for any length of time, you might have heard the word reconquista. The Southwest is particularly vulnerable, although during Presidente Fox's recent visit, I was surprised to read that there are more than a million Mexicans living in the Chicago area.

Some of them have started acting like colonizers, too.

The Democrats seem to like this, for electoral reasons. They liked it in the nineteenth century too, when, as the Columbia Encyclopedia puts it, "Roman Catholic immigrants … were welcomed by the Democrats", particularly in the "Eastern cities" where they "especially had concentrated."

I want to repeat, for the benefit of anyone who came in late, that the reason for reading history is that no one ever does anything in politics for the first time. Just about everything that can be done has been done before.

And guess what; if you let them, they'll do it again.

But you can turn back the clock; the last century seems to be largely the story of colonialists being overthrown, by people like Mandela and Gandhi and even by Violetta Chamorro, who threw out the Russian-backed Sandinistas.

That's an American tradition, too. Thomas Paine was agitating against "foreign dependence" in 1776. He didn't think that a state that was "cramped and fettered in its legislative powers", (by the United Kingdom, but check out what the United Nations is up to) would continue to prosper.

Independence is something I mentioned on July 4th. Perhaps we need anti-colonialism as well.