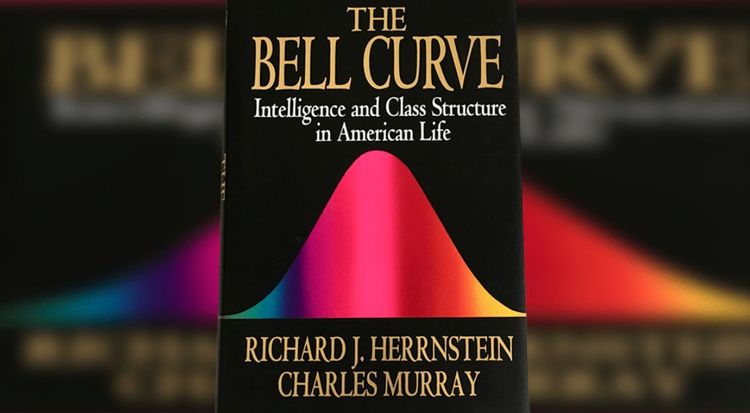 The Bell Curve, Ten Years After: It Tolls For Us

[Also see: "You Have To Tell The Truth"—The Bell Curve After Ten Years, by Steve Sailer]

[Also see: Charles and Catherine Murray's website on the reissue of their book of the Apollo moonshot]

Tomorrow, we are honored to post Steve Sailer's "You Have To Tell The Truth"—The Bell Curve After Ten Years."

Reading Steve's article took me back.

Ten years ago this weekend, the little world of Forbes magazine was in turmoil. In the middle of going to press—which, with typical eccentricity, was a four-workday process beginning Thursday and ending Tuesday—the editor and creator of the modern publication, James W. Michaels, then 73 and well into the fourth decade of his brilliant tenure, had abruptly vanished.

The impact of this was all the more extraordinary because of the peculiar political structure of Forbes. Essentially, it was an antebellum Southern plantation. There was an absentee owner, first Malcolm Forbes and then his son Steve. We never saw them on the editorial floor but periodically heard that they were cavorting in the fleshpots of Charleston (or, in the case of Steve, the flapdoodle pots of Washington). There was the plantation manager, Jim Michaels. And then there were slaves. Some were gangmasters ("Assistant Managing Editors", in Forbes-speak) and some were field hands. But all without exception were subject to Michaels' merciless lash, hanging, branding, evisceration etc. at any moment.

I don't think Michaels had been absent for a magazine closing in living memory. He would regularly arrive back from vacation in the middle of the process to scrap the cover, kill stories, tear apart the layout and generally crush the egos and otherwise entertain the editors who had been left nominally in charge.

His presence was definitely missed.

I was a house slave at Forbes. I had cunningly confined my role to producing a certain type of attention-getting feature story—for example, an exposé of Ralph Nader, written with my beautiful and brilliant co-author Leslie Spencer. But now I had precipitated a crisis by inadvertently pouring hot tea on my owner's ambitions.

For more than a year, I had been preparing for a cover story on The Bell Curve—the epochal book on the role of IQ in society. This was no easy task, because the publisher had embargoed the galleys and was intensely security-conscious. Months earlier, Charles Murray and his co-author, Harvard psychologist Richard J. Herrnstein had met with Michaels and myself in New York.

This was to be a great coup for Forbes. The magazine was immensely profitable—then— but its readership seemed to be 750,000 retired dentists. It never registered on the public policy radar screen. It simply had no place in the elite media food chain. The only reason our Nader story had got any reaction at all was that Nader had foolishly used his contacts to vent his rage and pain in Howard Kurtz's Washington Post media column.

Our cover story would have reached subscribers simultaneously with Jason DeParle's hatchet job cover story in the New York Times magazine—the first stone in what no-one realized would be an unprecedented avalanche of publicity.

But Steve Forbes, breaking the family's long-established concordat with Michaels, had intervened to kill our story.

I didn't witness their confrontation, partly because I'd just moved with my family to the country—one of the privileges, I had been assured, of house slave status. (A lie, as it later turned out, but that's another story.) However, it must have been epic. When it was over, Michaels walked out and spent the weekend calming down by looking at antiques in Pennsylvania, I believe.

I liked Steve Forbes and that time felt grateful to him for various kindnesses, but his behavior was stupid on a number of levels. For one thing, it was apparently too late to kill the huge story entirely—even the Forbes family knows you need text to hold the advertisements apart—so he took the story off the cover, buried it inside, and insisted on removing all references to race.

Ironically, the excision of race did little damage to The Bell Curve's thesis—it really is true that race plays only a minor part in the book. Charles Murray later kindly described what I was able to salvage as "still the best published synopsis of The Bell Curve." [ For Whom the Bell Tolls, October 24, 1994 Forbes]

But it made Forbes look silly—and meant that it was still taking the risk of publication while passing up on the prize of public influence.

Secondly, Steve attempted to justify his actions by trying to debate The Bell Curve's thesis. He was never clever enough to outdebate Jim Michaels, who also in this case had the advantage of knowing something about the subject. So, of course, things rapidly degenerated into unreconstructed allegations of "racism."

This was especially disappointing to me. After an earlier argument about IQ, I had brought John Hopkins University sociologist Robert Gordon by to instruct Steve on this unreported but momentous intellectual development. Steve listened politely in the opaque glassy-eyed way that was later to become famous to his campaign advisers. Apparently, he took nothing in.

Thirdly, it was all unnecessary. If Steve had simply said "Look, I don't want to upset advertisers," we would have instantly complied. Forbes didn't boast of being the "Capitalist Tool" for nothing.

We would have complied even faster if Forbes had said "It's because I want to run for president"—which, it subsequently became clear, was probably his motive—although I might have told him that his political judgment was wrong.

I believe this Bell Curve episode presaged Steve's disastrous, and personally very costly, political career. His failure was one of courage, intellect, imagination, judgment, human relations and common sense. All of these were fatally replayed in his presidential races.

I could have saved him a lot of money, if he'd asked.

But at least because of Forbes I'd gotten to interview the great Richard J. Herrnstein, then 64, while he was mortally ill with cancer earlier that summer. (Before he died, a completed copy of The Bell Curve was placed in his hands.) My profile of him, published a sidebar to the ex-cover story (click here), was, I believe, the only one that appeared amid all the Bell Curve brouhaha.

I was profoundly affected by the interview, during which Herrnstein appeared positively serene. As I was leaving, knowing I'd never see him again, I spontaneously kissed him on the top of his head. He laughed and said something graceful.

But when I'd earlier told him that a prominent Harvard colleague had recently opposed discussing IQ on the grounds that "There's a limit to what you can say in a multicultural society," his eyes had widened in anger.

With great intensity, this son of Hungarian Jewish immigrants said: "That's entirely contrary to everything the Founding Fathers stood for."

Too bad it wasn't Herrnstein who ran for president.

Our cover line was to have been "For whom the bell tolls."  At that early point in the Bell Curve Wars, the echo of John Donne seemed fresh.

Not least because of Steve Forbes' failure, Donne's conclusion—"therefore never send to know for whom the bell tolls; it tolls for thee"— still does.

Peter Brimelow, editor of VDARE.COM and author of the much-denounced Alien Nation: Common Sense About America's Immigration Disaster (Random House - 1995) and The Worm in the Apple (HarperCollins - 2003) 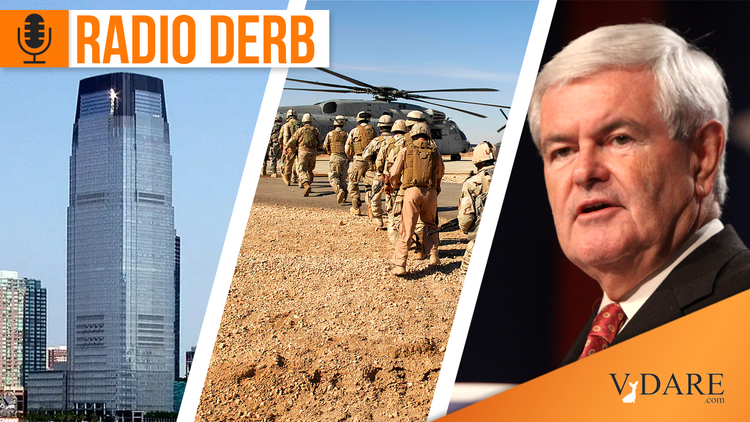