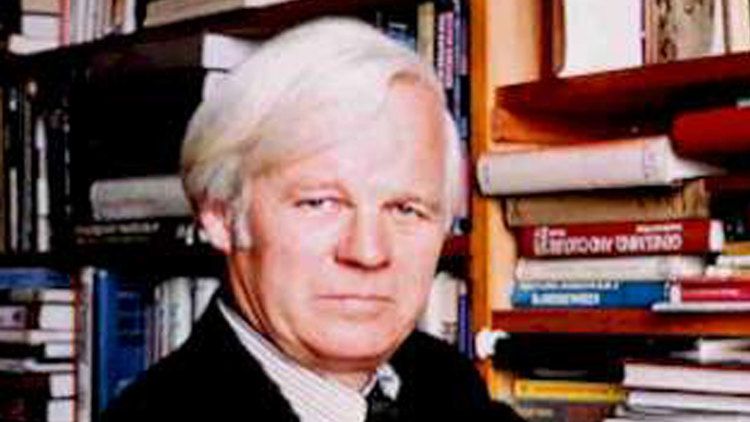 The Fulford File, By James Fulford | Richard Lynn And the People Who Don't Want To Know

Professor Richard Lynn, whose Race Differences, Immigration, And The Twilight of the European Peoples we ran on May 20, is a psychologist specializing in intelligence who has made studies of the differences in average IQ between different races and nations.

Scientists like Lynn come in for a lot of abuse. Here's a recent depressing example—Megan McArdle is an econoblogger at the Atlantic Monthly. She has some interesting and valuable ideas about economics, in which she is trained, but is extremely squishy, not to say pious, on racial issues, about which she knows very little. In a recent post, The Society for Ethical Data, she linked hypothetical research proving that torture works with research showing differences in average racial IQs:

"So what we get in practice on a lot of tough questions is that the people who are willing or able to do objective research on a question bow out, leaving the people who are only interested in finding (or publishing) one of two possible answers. The uncomfortable results don't get discovered . . . by anyone credible.

"The few conversations I've had about the Bell Curve with professionals who work in cognitive sciences indicate that this is why most of the work about race and IQ seems to be written by crypto-racists with an axe to grind. Given what we know about evolution and cognitive science, it is possible that there are real and heritable differences between genetically isolated groups (and just as possible that there aren't.) What reputable scientist wants to risk being the guy who found credible evidence of a persistent, heritable, IQ gap? Moreover, given all the interesting questions there are to study, why on earth would you pick this one unless started out fairly determined to prove either that blacks are genetically handicapped, or that they aren't?"

This is a pretty good example of "don't-tell-me!-don't-tell-me!-I-don't-want-to-knowism" that all scientists who deal with this question have to face.

Leon Kass, one of George W. Bush's pet bioethicists, was the same way. He thought The Bell Curve shouldn't have been published, because it was violating taboos that he thought should be taboo. [Intelligence and the social scientist, Public Interest, Summer, 1995]

Then there's Steve Sailer's blog post Award-Winning Economist: I'm Ignorant About My Purported Specialty And I Intend To Stay That Way, about a man who replied to a question about Richard Lynn's work by saying "I don't know this stuff and don't want to."

There are a large number of people who don't want to know the answer to questions about IQ, and that's why Richard Lynn's work is important. IQ differentials are important for all kinds of public policy questions, involving crime, "disparate impact," immigration policy, education, and all kinds of other things.

Lynn has been studying IQ and publishing the results for years.

Here's a partial list of the pieces that VDARE.com has done about his work:

The point of Richard Lynn's Race Differences, Immigration, And The Twilight of the European Peoples is that IQ has consequences. The immigration of low IQ people into high IQ societies changes those societies for the worse. And what Steve Sailer has been writing about the Minority Mortgage Meltdown is that it was caused by assuming that the minority borrowers were smart enough to decide for themselves that they could pay back those mortgages. Certainly no lender could have put out an internal memo saying that perhaps they weren't.

And the accusation that the only people who study this subject are "crypto-racists with an axe to grind", made by Ms. McArdle, above may be caused by the fact that scientists who study this always come up with the same depressing answer.

If you define as "racist" anyone who believes in differences in average in IQ, then any scientist who studies this will become a "racist", unless he practices a form of self hypnotism, like Stephen Jay Gould.( Steve Sailer:"The late Stephen Jay Gould advised his readers to repeat after him, "Human equality is a contingent fact of history." To help keep their faith up, he advised them to chant his slogan "five times before breakfast.")

Richard Lynn concluded Race Differences, Immigration, And The Twilight of the European Peoples: "This is the first time in the whole of human history that a people has voluntarily engineered in its own destruction".

In contrast, this is not the first time that a people has been urged (and compelled) to bow before a fanatical faith.

In this case, however, the two are clearly connected.