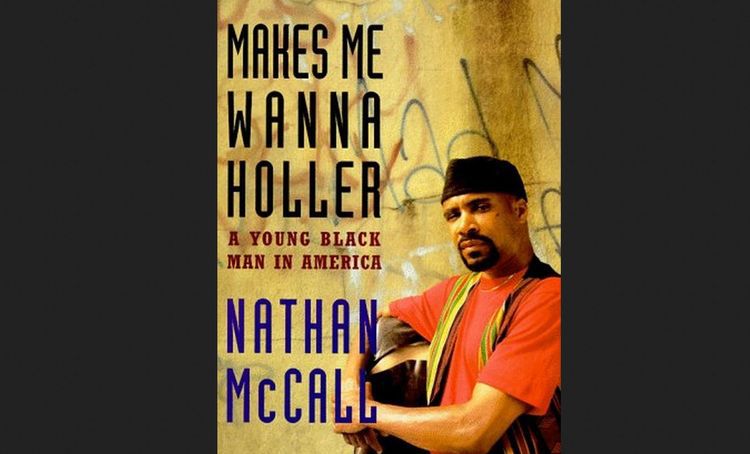 The Fulford File, By James Fulford | "Right Up There With Oxygen"—Why Race Is Important, And Who It's Important To 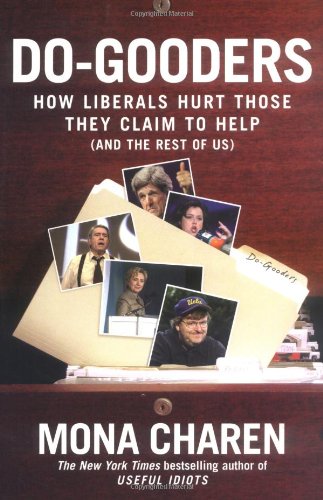 Listening to an audiobook of Mona Charen’s Do-Gooders: How Liberals Hurt Those They Claim to Help (and the Rest of Us), I heard her quote something by John Derbyshire, a memory of the ‘80s:

"Back in the late 1980s, there was a judge in New York City named Bruce Wright, known to all as "Turn ‘Em Loose Bruce" for his lenience towards the criminals who came up before him. This was one of those liberal judges who had an excuse for every felon, even for those too stupid or obstreperous to have prepared an excuse for themselves. Well, one day Judge Wright got mugged in the street near his home. He was off work for a few days. It was a big story in the tabloid newspapers, and a lot of people were making jokes about it. When Judge Wright returned to the bench, he made a point of starting off that day’s session with an announcement: ‘As I’m sure you all know, I was the victim of a criminal assault the other day. I want to make it clear that this experience will in no way change my sentencing policies on this bench!’ As he paused to let this sink in, someone called out from the back of the courtroom: ‘Mug him again!’ "

I’d heard there was a judge called "Turn ‘em Loose Bruce" but I didn’t realize that he wasn’t just a liberal judge, like Harold Baer or Stephen Reinhardt, but a black liberal judge, a factor mentioned by neither Charen or Derbyshire. 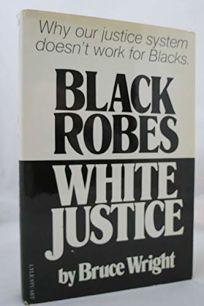 If you mention the race of someone in a news story, people will ask you "Why is that relevant?" The answer is that Judge Wright certainly thought it was relevant—his autobiography is called Black Robes, White Justice, and is all about being a black judge in a world of white police and black criminals.

His obituaries, both in the New York Times and Jet Magazine, make it clear that his "experience of racism" was his motive for turning criminals loose on bail whether they dangerous or not, and whether they could give any security or not.

Here’s an unedited Amazon.com review of his book by an African-American reader in the Bronx:

"A book every American and law student should read, February 2, 2004

"This book is an eye opener. It give you the truth behind the justice system from the perpective of a Sumpreme Court Judge who exposed the racism in the court system in New York. I never heard of Bruce Wright and happen I purchased this book. I have a lot of respect for the author."

So why is important to report the race of both minority criminals in the news, and minority public officials who are either corrupt or soft on crime?

Well, let me quote something I heard a motivational speaker say years ago:

"For years, I heard people saying ‘Money isn’t everything.’ Or ‘Money isn’t important,’ and I had actually managed to convince myself of this. However, I discovered that my creditors had it right up there with oxygen on their list of priorities."

African-American politicians definitely have their own race right up there with oxygen on their list of priorities. It informs everything they do. That’s why Obama checked "black" on his census form—it’s a political statement, and the foundation of his political career. He could have checked "American," on his mother’s side, he’s related to, among others, James Longstreet. 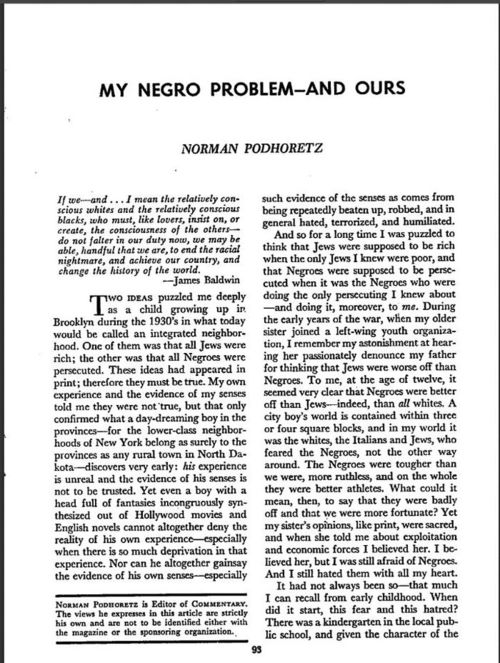 When Norman Podhoretz wrote My Negro Problem—And Ours [PDF] in 1963, he may have been wrongheaded in places, but he was wrong headed in an extremely frank and intelligent way. He was attacked by black kids in school in the 1940s, and wrote

Norman Podhoretz moved out of Brooklyn to the Upper West Side—where his son, John Podhoretz, was mugged four times before he was 14. John Podhoretz writes in this month’s Commentary that

Well, yes, but could he see well enough to know if he was being mugged by white or black "kids"? It’s the first thing the police ask—and the one thing JPod doesn’t mention.

That’s because John Podhoretz is fervent in his anti-racism—see Podhoretz, Junior vs. Steve Sailer, [July 17, 2005] or the tantrums Podhoretz, Jr. threw over immigration in NRO’s Corner blog. Apparently the brand of anti-racism and "color blindness" they teach in Upper West Side schools is so strong that it can survive being repeated beaten and robbed by minorities.

But once again, even if the victims don’t want to make their mugging a racial thing, race is important to the muggers themselves. Hatred of whites, rather than a desire for sneakers and prescription eyeglasses, is their usual motive for their crimes. 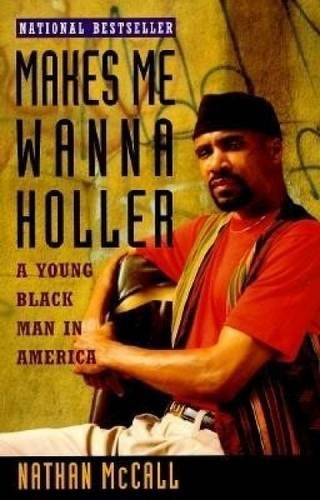 See Nathan McCall’s Makes Me Wanna Holler: A Young Black Man in America, which begins with a description of a beating he and some friends administered to a white boy who had made the mistake of "pedaling a bicycle casually through the neighborhood. " Nathan McCall [email him] is now a "visiting lecturer in the African American Studies Department at Emory University in Atlanta. "He doesn’t think race is irrelevant.

In fact, the only people expected to think or act as if race is irrelevant are white people. Jonah Goldberg, writing in the LA Times, accused us at VDARE.COM of practicing, in a phrase he borrowed from Ramesh Ponnuru, "identity politics for white people." There’s really nothing wrong with that, but what we’re actually practicing here at VDARE.com is journalism.

We do. We report on racial issues that aren’t being reported even in the conservative press. (Please remember that from the MSM point of view, JPod is on the Far Right.) And the importance of what we’re doing is shown by the fervor with which people want to suppress us.

Because if color-blindness is carried too far, it amounts to real blindness. And that’s no way to run a country.

not reporting race
<< Previous
Next >>
LATEST