THE HAVES AND HAVE NOTS: Winning The Culture War Requires A Culture Of Our Own

I’ve been told that I’m the only one in the world who hates spring in New England. But having grown up in Texas, I find the slowness of it all is just torture. I can only imagine how it is for the local natives – that is, the deer, squirrels, birds and other animals that have somehow survived out interminable winter. 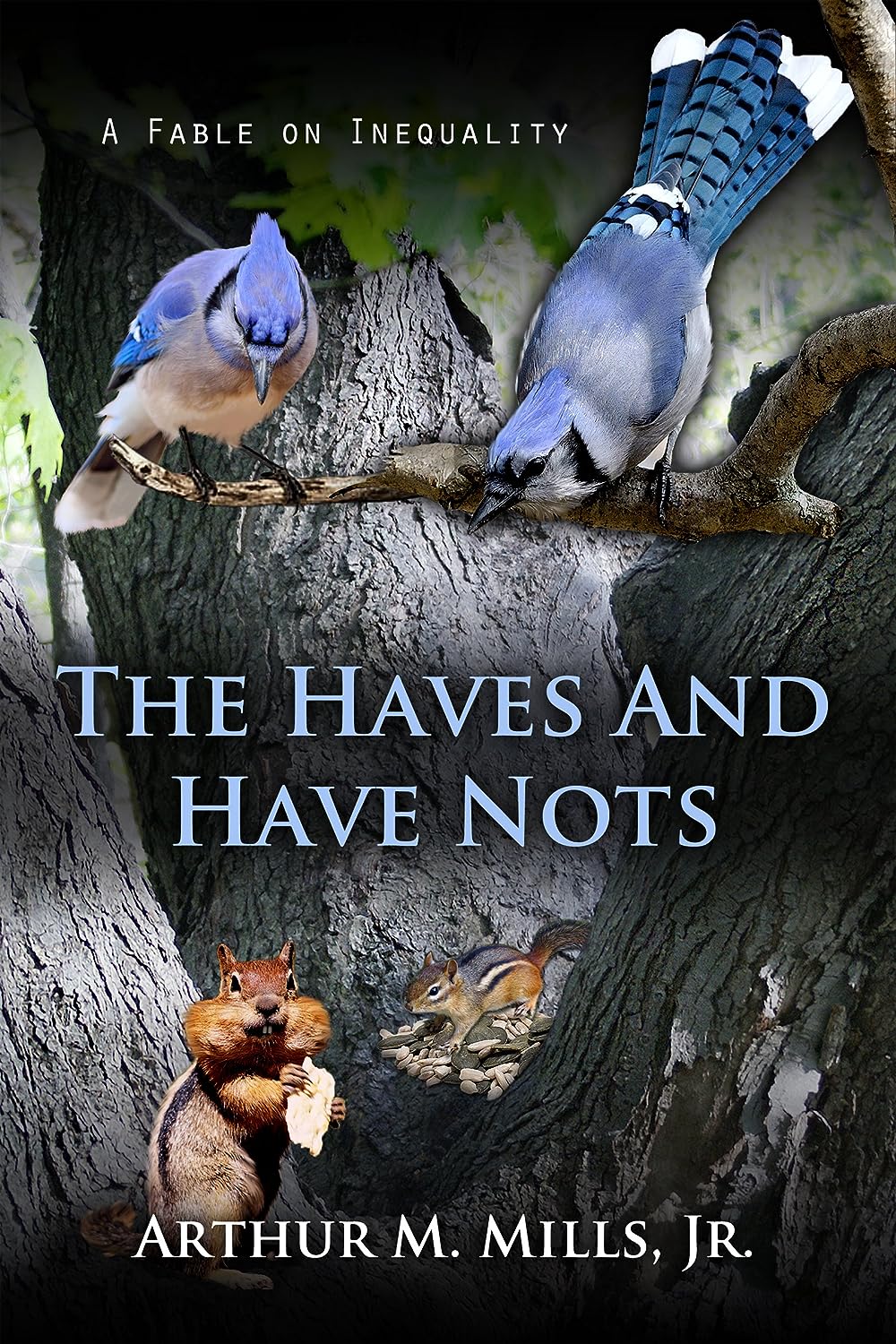 It was in solidarity with the chipmunks that I finally picked up and read The Haves and Have Nots by Arthur M. Mills, Jr. The book arrived in our office a few months ago and languished, much like the hibernating fauna that is its subject matter, in a dark corner under a pile of dry leaves (of paper).

To say the book took me by surprise is an understatement. This retelling of the classic ant-and-the-grasshopper fable is really satisfying on a number of levels. First of all, Mills’ highly-developed writing is serious and engaging. In Mills’ hands, Aesop’s fable of the Ant of the Grasshopper is put into the modern context. Instead of the ne’er-do-well wasting away in the long winter after having refused the practical advice to store up for hard times, he turns aggressive:

Javlin [the idle blue jay] quivered his tail feathers in impatience. He would have to say something. … “It isn’t fair that some small animals – maybe the same size as us, have everything – not to mention everything put away for when, as you have often reminded us, for the times when Tolmie State Park is bound to be less hospitable. Well, if we can’t labor for the foods you do, we simply acquire them.”

Acquire them? But how?

This time, it was Old Owl who ruffled his wings and looked fiercely gruff at the chipmunks, his eyes piercing through his perfect circles beneath his brows. “I found out the hard way. I took a look at the bottom of my hollow, where Owless would store nuts. I suggest that all of you to take an inventory of your larders.”…

It was heartbreaking, especially for the younger couples. Their stocks had all been broken into. They had all lost provisions that they had labored hard to put by for themselves, some for their children. Tamias wept when she discovered their hard-earned loss. Mitch tried, ineffectually, to comfort her with his arms around her sobbing head, patting her back. The chipmunks had to call an emergency late morning meet. Strangely, the blue jays didn’t linger this time to listen. They seemed instinctively to know what it was about.”

Mills describes himself as a full-time husband, father, and Warrant Officer in the U.S. Army—and a full-time author and book designer! He is the creator of Branching Plot Books—“a book series devoted to the art of double meanings and reader interaction.”  His other books include the award-winning part-memoir and part-fiction The Empty Lot Next Door and the teen/young adult interactive fiction novel The Crawl Space. On top of all that, due to service-related injuries, Mills “writes” his books with the aid of speech-recognition software.

It is a truism often repeated among people of the Right that the only way to influence culture is to produce it. The Haves and Have Nots is a fine example of how it can be done. Accessible and provocative, it belongs on every young person’s summer reading list this year.

Athena Kerry [email her] began writing for VDARE.com as a student at a Catholic university somewhere in America. She is now a stay at home mother of two in New England who looks forward to returning to her home state Texas.