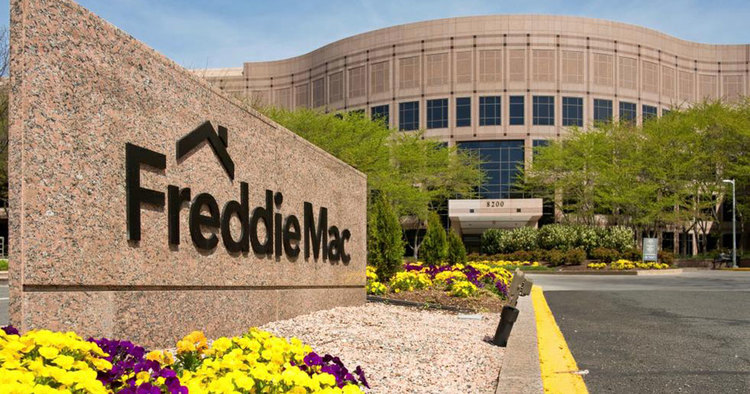 The Mortgage Monsters Meet The Immigration Invasion. They Like Each Other.

George W. Bush boasted in his radio address last weekend about how his Administration is boosting homeownership among what he called "minorities." He even concluded with a heart-warming account of his meeting with an Hispanic "single mom," who gratefully told him the fact that she and her "girls" could afford a home, with the help of a federal homeownership program, was "a miracle."

It's not a miracle, of course. It's just a massive subsidy from the American taxpayer—through Government-Sponsored Entities (GSEs in Washington jargon) whose possible instability, as a matter of fact, is attracting increasing concern in financial circles. And it's a subsidy that, to a remarkably unreported degree, goes to immigrants.

Federal Reserve Chairman Alan Greenspan recently acknowledged Wall Street's concern about Fannie Mae and Freddie Mac. He admitted that these institutions, operating under an "opaque and circuitous GSE paradigm," are expanding because of an "implicit subsidy" at a "pace beyond that consistent with systematic safety." As Greenspan reminded his audience

"A market system relies on the vigilance of lenders and investors in market transactions to assure themselves of their counterparties' strength. However, many counterparties in GSE transactions, when assessing their risk, clearly rely instead on the GSE's perceived special relationship to the government."

Investors, said Greenspan, assume that in the

"event of a crisis involving Fannie and Freddie, policymakers would have little alternative than to have the taxpayers explicitly stand behind the GSE debt."

This implicit socialization of risk leads to investors' taking on more risk than is healthy.

As so often happens in cases like these, Greenspan said frankly, "a substantial portion of GSE's implicit subsidy accrues to GSE shareholders in the form of increased dividends and stock market value." [MSNBC - Greenspan: Mortgage giants must tighten debt, Feb 24, 2004]

He cited a study by a Federal Reserve economist, Wayne Passmore, that showing the subsidy may account for "more than half of the stock market capitalization of these institutions." [The GSE Implicit Subsidy and Value of Government Ambiguity]

In other words, federal policy has created a massive financial distortion—and an interest group, Fannie and Freddie's shareholders and employees, are in favor of that distortion continuing.

What Peter Brimelow has called the Mortgage Monsters have become financial Frankensteins.

And the Mortgage Monsters are allying with another interest group: the immigrant lobby. Immigration is one of the main engines of growth for the giant mortgage lending institutions. And few companies have more openly tied their fortunes to immigration than Fannie Mae and Freddie Mac.

In fact, Fannie hawks its shares by promising potential investors that there will be "30 million more Americans by 2010...." Fannie bubbles over with enthusiastic cheerleading for immigration, noting "[M]inorities will grow evermore important to housing markets over the next 10 years, accounting for an estimated two-thirds of net new households." Since three-quarters of the U.S. population is white, but nine-tenths of current immigration and virtually all population growth minority, Fannie is clearly enthusing about administering a subsidy from Americans to immigrants.

Fannie Mae is a major corporate supporter of mass immigration. It has sponsored conferences for non-governmental organizations [NGOs] and lawyers dedicated to increasing immigration and increasing hand-outs for immigrants.

According to its reports, the Fannie Mae Foundation works with "community-based immigrant and refugee organizations to directly reach the immigrant community." [Reaching the Immigrant Market [PDF]]

In other words, the government-sponsored entity (GSE) works with government dependent NGOs to ...well, sell more product—subsidized by the taxpayer.

Mortgage Monster "production goals," federal law such as The Community Reinvestment Act and other government regulations, mandate lending to "traditionally underserved markets." A newly-arrived immigrant, perhaps here illegally, does not come to mind as the first example of "traditionally underserved" and in need of remedial lending. But here it is from the same Fannie Mae Foundation Report:

"financial institutions required under the Community Reinvestment Act to provide services to underserved communities perform well in regulatory evaluations when they can show that they are serving the immigrant populations in their communities. For these reasons, CEOs and other senior financial institution officers see immigrants as a highly desirable customer base well worth cultivating."

For example, the Little Haiti Housing Association in Miami is a "Community-Based Organization" [CBO] that manages several layers of public subsidy for new arrivals.

One financing package for the newly-arrived home buyers includes:

And that is only the beginning: "considerably more attention needs to be paid to retaining homeowners" and "home-improvement lending" according to another Fannie report. [Making New Mortgage Markets: PDF, Fannie Mae Foundation]

But this report concedes "The tremendous effort and subsidy that is necessary to make new markets work is hard to sustain, especially for long periods and at high volumes." (p 10, Making New Mortgage Markets)

So fixated on immigrant customers are the Mortgage Monsters that, when counting income and assessing credit-worthiness of a borrower, "primary income may be supplemented by income from family members who are on disability or work off the books." Also, "certain nonpermanent immigrants," even borrowers presenting more than one social security number, are eligible for home mortgages according to the Fannie report. "Many times the borrower would have more than one social security number" gushes a Fannie-backed banker in a Fannie Mae Foundation report.

From Fannie's perspective, an immigrant borrower collecting disability under one social security number and an old-age SSI check under a second social security number while working "off the books" is a better credit risk and shows more promise than the poor American sucker who is content merely to work for his daily bread.

Similarly, Fannie Mae believes bankers must learn to look differently at job history. Multiple changes in employment, quitting one employer to "go home, then come back and sign on with another employer," or the "annual customary 3-month return to Mexico at Christmas time" do not constitute a credit risk [p 54] according to Fannie Mae Foundation reports.

And of course these peccadilloes may well not be a credit risk to Fannie's stockholders—as much as it is to the U.S. taxpayer.

It's not just Mortgage Monster employees and stockholders who benefit from this racket. So do a whole range of private business interests.

Thus the work force of North Arkansas Poultry, a Tyson Food subcontractor, is 95% immigrant. Between 1990 and 1993 the plant was experiencing an employee turnover rate that hovered around 200% i.e. the average worker only stayed for 6 months.

But the Tyson subcontractor knew where to go for help!

With the Fannie-backed First National Bank and Trust of Rogers it developed a program to facilitate home ownership among its work force. This program reportedly brought the turnover rate down to 15 to 20%, boosting profits for the chicken processor…at taxpayer expense.

Fannie reports are filled with happy stories of government-dependent CBOs or organizations such as La Raza and Chicanos Por La Causa partnering with Fannnie Mae, private lenders and factory chicken processors to make money for the private sector participants and keep the ethnic lobbies employed.

Thus the welfare state and private capital are melding in ways that only the national socialists could have imagined. Immigration is a key ingredient in the rise of this new statist regime—characterized by institutions like the clay-footed giants Fannie and Freddie.

We've known for some time that current mass immigration is politically unstable. Now it turns out that it's financially unstable as well.

Thomas Allen (email him) is a recovering refugee worker