The SYRIZA Phenomenon; Or, How The Greek Center-Right Shot Itself In The Foot

Dimitrios Papageorgiou
A+
|
a- 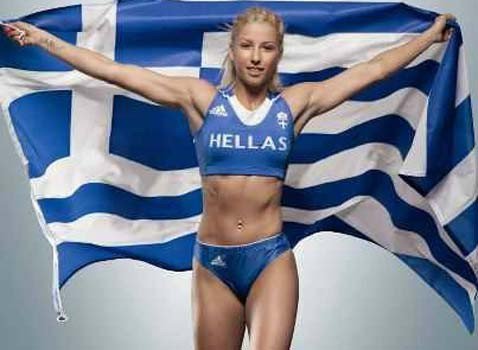 The electoral triumph of SYRIZA in Greece made worldwide headlines: the hard-Left party managed to get an impressive 36.3%, leaving behind the center-right New Democracy governing party, which got 27.8%. Golden Dawn, a new anti-immigration party widely denounced as neo-Nazi, came third with 6.28%. Greece, the center of a renewed European crisis, has taken a radical turn.

SYRIZA is the first hard-Left party to take power in Europe since the collapse of the Soviet Union. (The name is an acronym, in Greek, for Coalition of the Radical Left.)

In order to understand the importance of this, we must look at what SYRIZA is. Greek electoral law gives a bonus of 50 seats in parliament to the party that achieves the highest popular vote. But it will not give this much-needed bonus to a coalition of parties. Until recently—just a couple of years ago—SYRIZA was such a coalition, of many leftist parties of various tendencies including Maoist, Trotskyist, Leninist and even some with anarchist leanings. All those, with the addition of voters abandoning the failing socialist party PASOK, have merged nominally into one party, but still fiercely hold into their different views.

That means that there are several agendas that will come into play the next years: internationalist, communist, anti-military. And, of course, pro-immigrant—many of these groupuscules have been trying to make inroads into the immigrant communities in Greece

Others identify themselves with Leftist Latin American governments, notably Venezuela and Cuba. Significantly, the ambassador of Venezuela has recently been accorded celebrity status in SYRIZA's meetings.

SYRIZA will now pursue schemes like the disarmament of police units, extending voting and citizenship rights to immigrants, the building of mosques in Athens and of course harsher laws against “xenophobia” and “racism” (which includes thought crimes). But this agenda has not been widely discussed in Greece, since all debate in the election was focused on the economy.

A few years ago, SYRIZA was a small party that in every election would be in agony over whether it would reach the 3% popular vote threshold required to enter in the parliament. What were the changes in Greek politics that brought it this ten-percentage point win over the long-established New Democracy party?

SYRIZA's ascent to power can be attributed to two different factors.

The second factor: The governing New Democracy party spent a lot of its political capital in trying to parry the challenge from Golden Dawn, with which it was in competition for the Greek patriot vote. It failed, partly because (like the GOP in the US) it was clearly not really serious about stopping immigration. So, with Golden Dawn polling up to 10%, the government resorted in 2013 to the extraordinary measure of branding Golden Dawn a “criminal organization” and imprisoning its leadership.

The government directly contacted members of the supposedly-impartial judiciary to ask for the imprisonment of Golden Dawn members. (One New Democracy official was subsequently forced to resign after being videotaped admitting this conspiracy—Greek far-right Golden Dawn topples PM aide amid police crackdown, RT.com, April 3, 2014). Incredible in a supposed democracy, Golden Dawn leaders have had to fight this election from prison.

The net effect of this: many disgruntled voters who would not vote for New Democracy because of its austerity policies did not vote for Golden Dawn but for SYRIZA. In fact, the movement of voters from New Democracy to SYRIZA is the biggest we have seen in recent political history—an estimated 12% of the conservative party's voters moved to SYRIZA. From moderate conservatism to radical Leftism is a route that is hard to explain.

Basically, New Democracy chose to push its voters to SYRIZA—thus bolstering SYRIZA’s win, making it the arbiter of Greek politics for the next years, and enabling the transformation of the Greek state to a leftist multicultural one.

If Golden Dawn had not been branded a “criminal organization”, if its leadership was not imprisoned, if its members were not smeared and intimidated on a daily basis, the probable outcome of the elections would have been different—not that New Democracy would necessarily have gotten a much higher vote, but that SYRIZA would definitely have had a lower vote. It would thus have been unable to form a government without resorting to alliances that would infuriate its hardcore followers, instead of the fairly minor compromises it has to make now.

Nevertheless, even with this extraordinary repression, leaderless and made up of inexperienced political neophytes, Golden Dawn managed essentially to match its performance in the 2012 elections (6.9%) losing only a tiny fraction of its votes and only one seat in parliament. (This actually means a gain of two seats, since three of its MPs abandoned the party after the police crackdown).

As Golden Dawn’s leader, Nicholaos Michaloliakos, stressed in a message recorded in Athens’ Korydallos Prison where he is being held

It is only fair to say that in those circumstances Golden Dawn can indeed talk about “victory”. What is more important than its percentage is the fact that is now, for the second time, the third-strongest party in the Greek parliament—a major feat.

Golden Dawn now faces not only the prospect of a new offensive against it by a Leftist government, but renewed competition from New Democracy, which will also be in opposition and thus able to change its rhetoric. Golden Dawn's favored scenario, that of a government in which both SYRIZA and New Democracy would work together, seems to be fading away for the time being. The party is still cornered and isolated by a cordon sanitaire—what John Derbyshire has called the “Establishment Pincer.”

Will it be able to overcome? One can only say for sure that Golden Dawn has demonstrated its roots in Greek society and can no longer be characterized as a protest movement.

Dimitrios Papageorgiou [Email him] is an Athens-based broadcaster, journalist, and Editor of Patria Magazine.