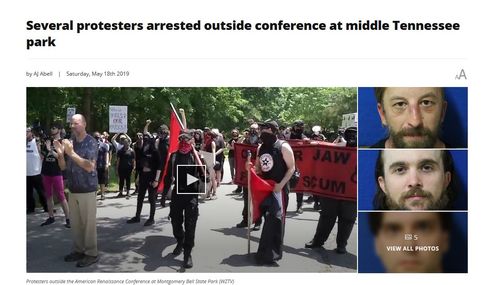 The 2019 American Renaissance Conference in Tennessee went off without a hitch, but it will be a temporary triumph as long as Antifa continue to be treated with kid gloves. Massive security was required and, in a new move, Antifa began attacking attendees’ cars. Needless to say, if nationalists acted this way, there would be Main Stream Media hysteria and a sweeping law enforcement crackdown. But as of now, GOP Governor Bill Lee has done nothing. It is long past time for an investigation into these criminal organizations—by the state of Tennessee and even by Donald Trump’s DOJ.

Tennessee taxpayers have a financial interest in such an effort. As always, law enforcement ably protected the conference; if you didn’t go outside, you wouldn’t know Antifa were even there. Yet the expensive effort required security checks at the doors, roadblocks, and even troopers on horseback. Antifa were provided an area near the venue to demonstrate, but they declined. Four people were arrested. [Several protesters arrested outside conference at middle Tennessee park, by Aj Abell, Fox 17 Nashville, May 18, 2019]

One was named Corley Lemley. Lemley has been Antifa for quite a while, and was given a sympathetic interview by local Tennessee news back in 2017. [Q&A: Antifa organizer speaks about the movement’s mission, by Nancy De Gennaro, USA Today Network – Tennessee, October 30, 2017]

Interestingly, 2017 was the year when an incident took place that likely inspired the heightened security of the future. Contact between an American Renaissance conferencegoer and an Antifa activist led to a fight and mutual charges. The conflict started because Antifa were banging on windows, cursing, and screaming threats. One Antifa named JM Carico was arrested. Antifa claim he beat the charges from 2017, but is now facing drug charges. [KKKop Consolation Prize, The International Anti-Fascist Defense Fund, April 19, 2019] He (not surprisingly) unsuccessfully ran for the Senate seat in Tennessee last year. [The Anarchist Who Wants To Abolish Government… By Joining It, by Gavin Jenkins, The Outline, August 21, 2018] 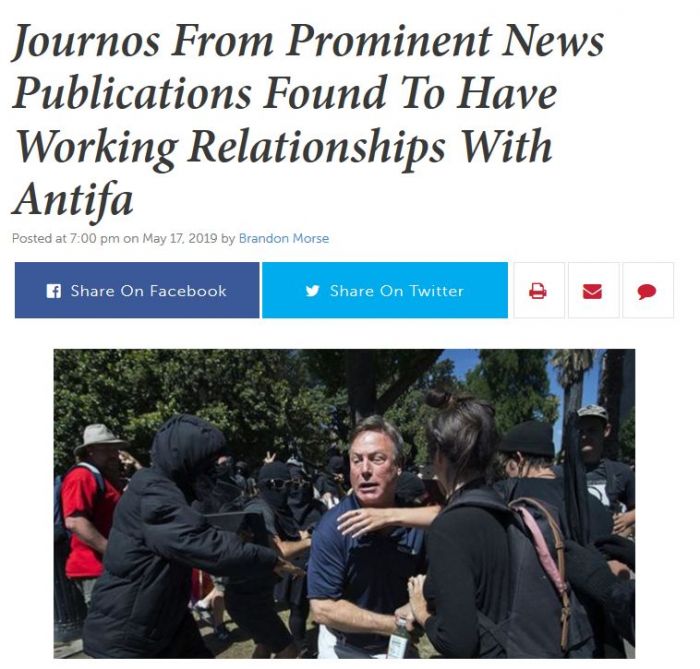 These are the people whom “mainstream” journalists rely on for their reporting. A recent investigation found MSM organizations work directly with these violent groups for common ends:

After mapping the social interactions of 58,254 Antifa accounts on the social network Twitter, Dr. Eoin Lenihan found that many journalists from major publications such as The Guardian, Vox, and more had a direct working relationship with the Antifa members.

[Journos from prominent news publications found to have working relationships with Antifa, by Brandon Morse, RedState, May 17, 2019]

Antifa is something of a brand, a “front” for assorted communists and anarchists. Yet it is still meaningful to speak of “Antifa” as a defined group. It’s the same people at every protest. And every protest, a few get arrested, but no one is really punished. The implicit message: authorities will tolerate violent behavior.

Not surprisingly, every year at American Renaissance the process repeats. And every year, the state of Tennessee must spend money on security.

Contrast this passivity to what happened to patriot groups. Members of the “Rise Above Movement” were charged with “conspiracy to riot” by federal prosecutors. What prompted this? A documentary by journalists and research by Antifa groups, actually cited within a federal affidavit. [FBI Arrests White ‘Serial Rioters’, by Gregory Hood, American Renaissance, October 8, 2018]

Have Antifa ever been charged by the Donald Trump Justice Department with “conspiracy to riot” after crossing state lines? Has such an investigation even taken place?

Similarly, Gavin McInnes’ Proud Boys were also hammered by strong law enforcement action in 2018, while their Antifa attackers were let off the hook. This was cheered by Conservatism Inc., part of the de-facto partnership between the Beltway Right and Antifa.

Every patriot was thus informed of the double standard—Antifa can do what they want, and if you fight back, the state will prosecute you.

Consider in more detail what happened in Charlottesville, Virginia. Even if you assume the absolute worst about James Fields, one still must grapple with the indisputable truth, confirmed by an independent report, [PDF] that the leadership of the city and police department deliberately conspired to enable violence in order to shut down a legally permitted rally. This is beyond dereliction of duty; it is a monstrous crime. It is what enabled the death of Heather Heyer.

Yet there has been no federal investigation of state or local authorities. Indeed, they have been rewarded. Former mayor Michael Signer formed “Communities Overcoming Extremism.” With astonishing chutzpah, he wrote in The Washington Post:

The Constitution was very far from city authorities that day. As I reported at the time, police furthered violence by literally forcing the two sides together.

Former Virginia governor Terry McAuliffe is also bragging about his conduct, in a book entitled Beyond Charlottesville: Taking A Stand Against White Nationalism.

President Trump did, apparently purely instinctively, doubt the Main Stream Media Narrative. But he could have launched a federal investigation of state and local authorities. Yet nothing has happened.

Could Governor Bill Lee of Tennessee be more effective? The police are certainly doing their job. Yet the overall passive, reactive strategy emboldens Antifa to keep escalating. They don’t just to demonstrate; they want to hurt someone—and they want to suppress our First Amendment rights.

It’s time for an investigation into Antifa and exemplary sentencing for those convicted of crimes. It’s virtually certain that, at this point, the police know specifically who these groups and individuals are. But the status quo is that those on the Right are given life-crushing sentences and those on the Left are simply set free. There must be equal treatment.

If the law is secondary to the political whims of journalists and bureaucrats, then the state has ceded legitimacy. It furthers the path towards violence.

American Renaissance’s Jared Taylor told the media that his attendees are “not Nazis or white supremacists and they don’t want to cause any harm” but want to “be left alone to discuss their interests.” [Middle Tennessee conference attendees discuss, defend white advocacy, by AJ Abell, Fox 17 Nashville, May 19, 2019]. With basic law enforcement, this can take place.

And those who oppose American Renaissance can have their say too. As luck would have it, a “Pagan Unity Festival” was going on at the Montgomery Bell Park at the same time as American Renaissance 2019. A report from conference goers professes horror at the “Nazi” conference taking place simultaneously, but admits attendees had no contact with conference goers and no problems. It also praises the professionalism of police. [Pagan Community Notes: PUF manages through white supremacist gathering, lawsuit citing 1st Amendment against VA and more!, The Wild Hunt, May 20, 2019]

In other words, while Antifa would have you believe the “community” was gripped by fear and under threat from violent white supremacists, a progressive group was in the same park at the same time. And most didn’t even know something was going on.

This is as it should be. People of whatever political opinion can peacefully express their views without attacking each other. That’s what America is all about.

Or at least it used to be. It won’t be for much longer, unless law enforcement actually does something about Antifa.

President Trump hasn’t done anything about it. Governor Bill Lee [ Tweet him | Contact Him | Phone his office at (615) 741-2001] should. If he won’t oppose violent Leftists in a conservative state, what’s the point of having a Republican governor at all? 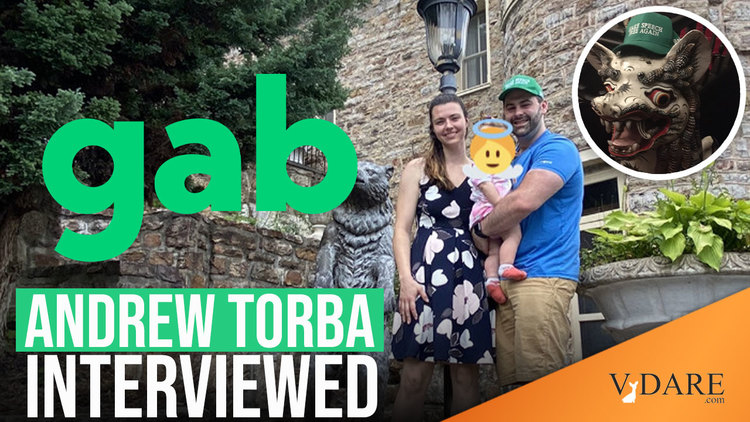 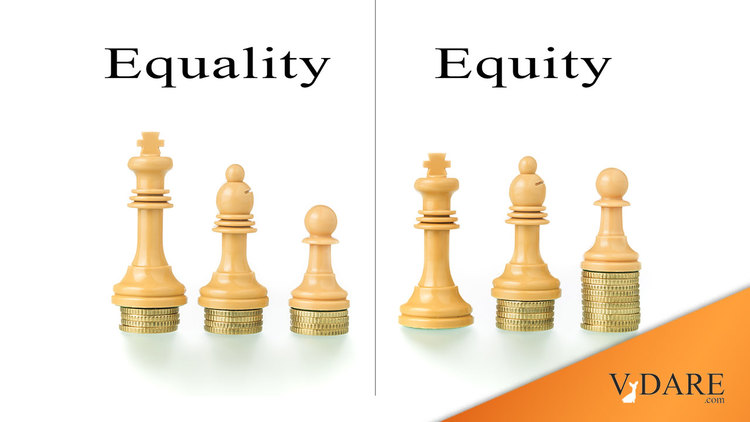 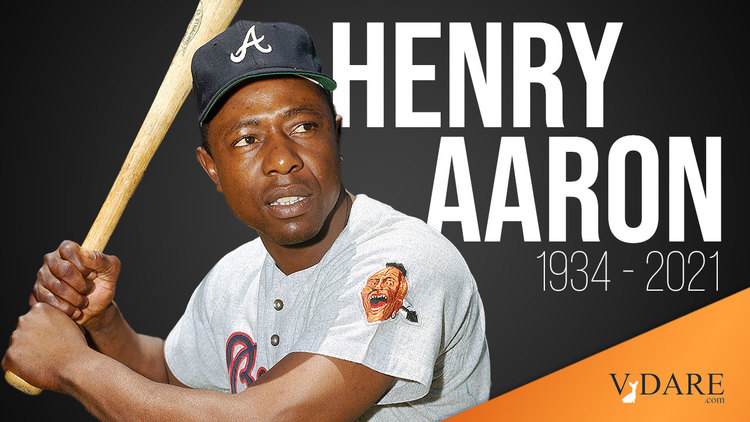 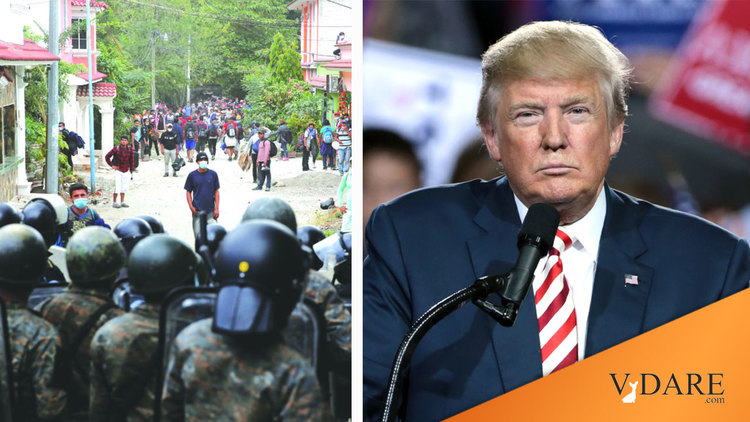 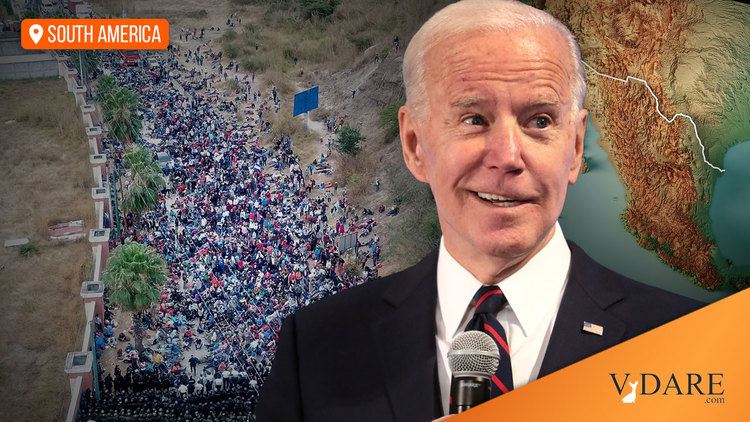