A Berkeley Reader Says Even "Little Golden Books" Are Getting Woke

From: A Berkeley Reader [Email her]

Little Golden Books have been an American institution since the series’ inception in 1942. As a child in the early 1950s I read (or had read to me) The Little Red Hen, A Day at the Zoo,  and The Seven Sneezes. The cover art was by Rudolf Freund and Tibor Gergely, both distinguished illustrators. (The Hungarian-born Gergely designed many other Little Golden Books, whereas Freund was best known as a scientific illustrator and naturalist. Two of these three titles were later “updated” with artwork grossly inferior to that of the originals. But I digress.)

The current fare for children in my local bookstore instead celebrates the following individuals:

And, should parents desire more reading matter, the publishers helpfully suggest a few other titles on the back cover: 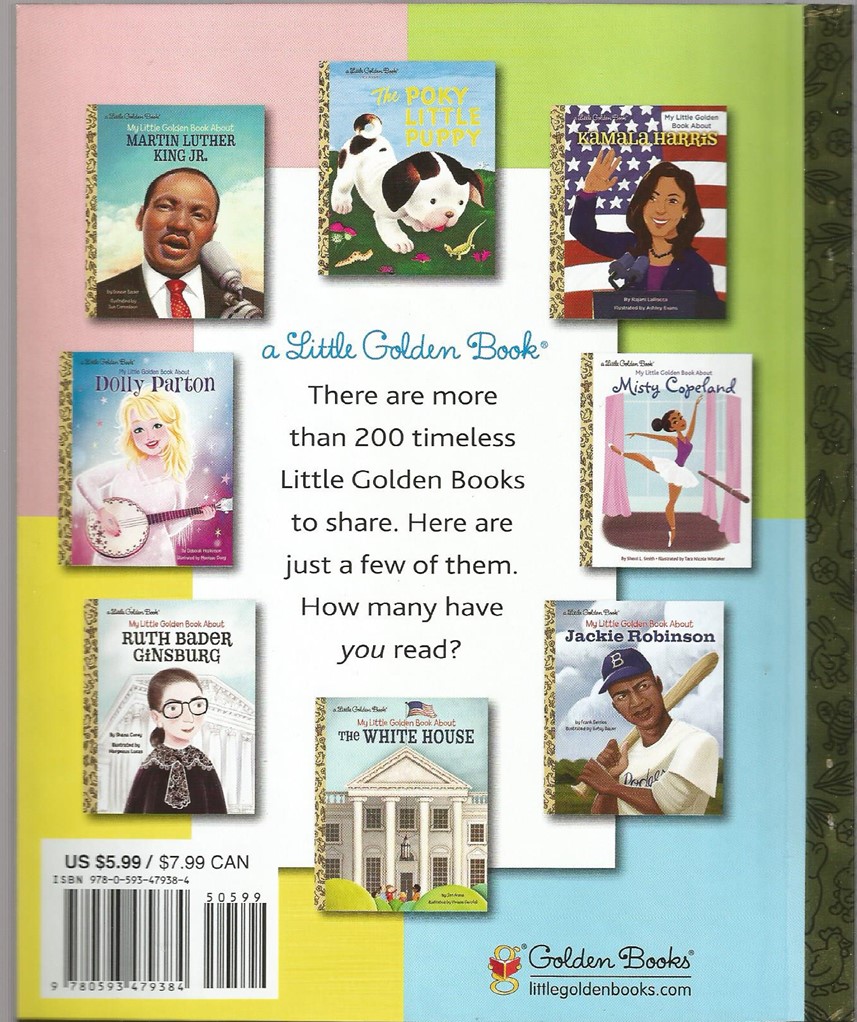 Note that among the human subjects, non-whites outnumber whites two to one.

The Poky Little Puppy, an anomaly among the other featured items, was one of the first twelve titles published in 1942, and is the all-time best seller among Little Golden Books.