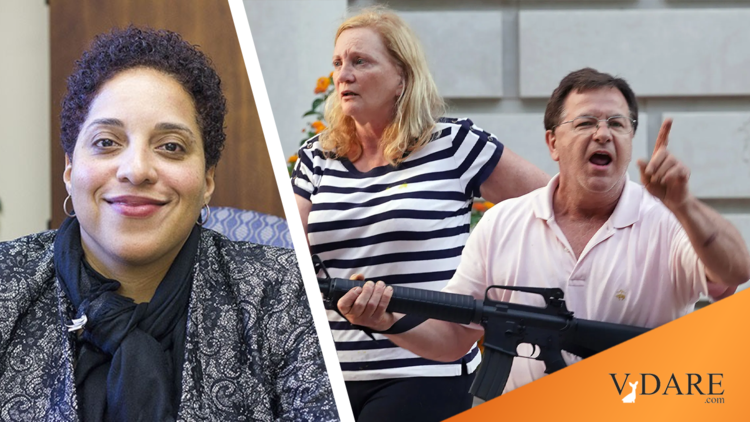 A Patriot Lawyer Comments On The McCloskeys' Black, Female, Prosecutor Being Removed

Re:Trump Fights Back: Invites The McCloskeys And Nick Sandmann To Speak At RNC

I just saw that Kim Gardner, the (black, female) District Attorney prosecuting the McCloskeys for defending themselves against a BLM mob in St. Louis, was dismissed from the case by the Judge. [Judge dismisses St. Louis Circuit Attorney Kim Gardner from Mark McCloskey case, by  Christine Byers, KSDK, December 10, 2020  ]I have been practicing criminal law for a long time,  both prosecution and defense, and I have never seen that happen. I vaguely remember a senior attorney telling me it happened once several years prior in the early part of his career, but it is a very rare occurrence. I also had another attorney ask my advice about filing such a motion in her case, but the case got dismissed instead.

It is rather common to have a prosecutor voluntarily recuse themselves when they or their office have a personal interest. For instance, if the District Attorney is a victim of a crime it is common practice to hire a special prosecutor. I have even served as a special prosecutor on such occasions. This case, however, appears to be quite different. The Judge in the case actually cited the Rule of Professional Conduct in deciding that Gardner should be forcibly removed from the case. From my perspective, that is kind of a big deal and could result in disciplinary action.

I am hoping that this ruling commences an ethics investigation into her behavior. She should become the next Mike Nifong, the prosecutor who lost his license for his handling of the Duke Lacross case. From the beginning, it was obvious that Gardner was using this incident to enhance her national profile rather than serving the interests of justice.

James Fulford writes:  If she wanted to convince either a Judge or a jury that this wasn't a purely politically motivated prosecution, she should not have used the case in a fundraising email.