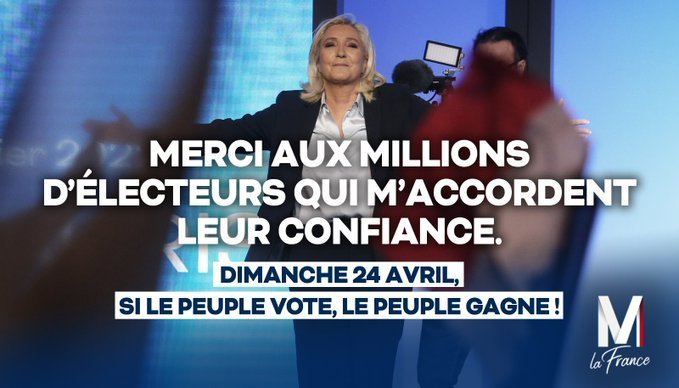 Re: James Fulford's blog post Macron Vs. Marine Le Pen: Macron's Ahead, But So Were Hillary And The Anti-Brexit Mob

The French just finished the first round of their Presidential Election this past Sunday. Emmanuel Macron and Marine Le Pen have advanced to the second round, resulting in a rematch of 2017. The race is suspected to be much closer than last time, with Marine Le Pen having a legitimate chance of winning. If she does, it will be a political earthquake in the same way as Brexit and Trump’s victory.

I noticed something interesting in the first round results. Marine Le Pen handily won the overseas territory/department of Mayotte. This is a small island off the coast of Madagascar. It has a population of about 300,000, the overwhelming majority of which are visible minorities and Muslim.

How could the allegedly xenophobic, anti-Islamic, and racist bigot win in Mayotte?