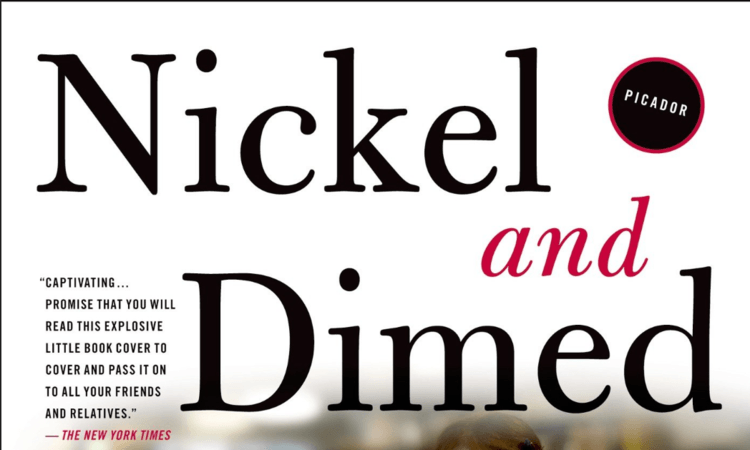 Re: View from Lodi, CA: A Labor Day Lament By Joe Guzzardi

I was surprised to see a leftist like Barbara Ehrenreich so lauded by any of the contributing writers of VDARE. Do an internet search on her and you'll get a fair feel for her views (including her pro-immigration stance).

To solve the problem of poverty, Ehrenreich (send her mail) advocates a living wage of $14 an hour, healthy enough to make any socialist blush.

But look at what she's basing her decision on. Rent at $675 a month? Good grief, no wonder she couldn't make ends meet on minimum wage. Ever hear of roommates or moving to a more affordable location?

According to government's own statistics,

Seventy percent of 'poor' households own a car; 27 percent own two or more cars. Ninety-seven percent have a color television; nearly half own two or more televisions. Two-thirds of 'poor' households have air conditioning. By contrast, 30 years ago, only 36 percent of the entire U.S. population enjoyed air conditioning. America's 'poor' people aren't hungry, either. In fact, 'poor' people are more likely to be overweight than higher-income people. The average consumption of proteins, vitamins and minerals is virtually the same for poor as middle-income children, and in most cases above government recommended minimums."

Walter E. Williams, "Where are the poor?"

If this is what a semi-capitalist economy produces, then a truly capitalist (one that has all traces of all coercive government transfers gone) economy is the way to go.

Any book that complains about a "living wage" illustrates a massive ignorance of economics and how prices function in a market economy. There will always be high wages and there will always be low wages...big surprise there. The price for labor (wages) is utterly subjective and determined solely by consenting individuals. If this were not true, and wages could be determined objectively by central planners, then socialism would be possible. However history and Econ 101 (see Hayek and Mises for why efficient economic calculation is impossible under socialism) says otherwise.

There is one objective fact that illustrates how desirable or undesirable a free-market system is—that's how many foreigners want to enter a country  from another location. The U.S is one of the more desirable places on this planet. If the poor think that working here is demeaning, then they have to option to live elsewhere where government is responsible for determining wages.

I think a better review of Ehrenreich's book can be found HERE at the Texas Mercury.

Peter Brimelow writes: Turns out a lot of VDARE.COM readers just can't STAND Barbara Ehrenreich. Scott Wilson's letter is one of the mildest.  And Joe Guzzardi is certainly one our squishiest writers. We even suspect him  – shh! – of having voted for Democrats on occasion. But hey, we're a coalition - focused exclusively on immigration and the National Question.

The reason Ehrenreich is important is that she has a point. Real incomes in the lower brackets have stagnated over the last thirty years. Of course, in absolute terms, the poor in the U.S. are well off by world standards. And of course there are all kinds of methodological problems with government statistics – God knows I made this argument often enough when I was at Forbes. Nevertheless, in relative terms, there has been a stall.

And of course, Ehrenreich's prescriptions are nutty. But we had better get used to them, because they're going to get awfully familiar – unless there's an immigration cut-off.