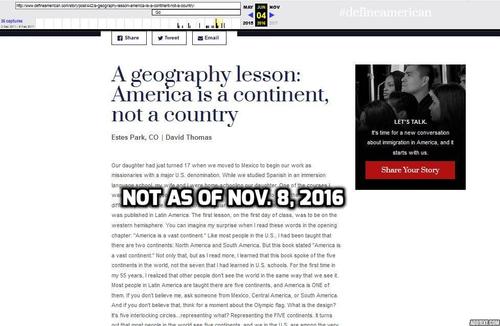 A Geography Lesson: America Was a Continent, Not a Country—Until November 8, 2016

John Derbyshire has aptly noted that whereas in the past people said, "It’s surprising what you can find on the internet," these days, one is more often surprised by what can’t be found online. The Derb went on to note that in the Current Year, when you can’t find something on the internet, the reason might well be that it’s because someone doesn’t want it found.

The general point came rushing back to me yesterday when I was toiling away at turning hyperlinks into footnotes for a forthcoming (and very good) book. Back in 2014, James Kirkpatrick noted that Cultural Marxists sometimes take issue with calling the United States of America “America” for short, because “America,” in the Latin American view, usually means the entire new world. Showing his erudition, Mr. Kirkpatrick noted that:

Professional parasite Jose Antonio Vargas's site "Define American" features articles on the subject.  [A Geography Lesson, America Is a Continent, Not a Country, Define America, November 15, 2011]  Again, not only do immigrants not assimilate, they are not even willing to accept the name of the country without taking offense.

To my shock, the link on “A Geography Lesson, America Is a Continent, Not a Country” (https://defineamerican.com/story/post/442/a-geography-lesson-america-is-a-continent-not-a-country/) went nowhere. You can try it yourself if you like.

I looked over the URL to see if some silly typo explained it. Nothing obvious jumped out, so I did a web search for “A Geography Lesson, America Is a Continent, Not a Country.” The meager four results were the Kirkpatrick post itself, two different forum sites, and a strange news site where the original article had been reposted.

How peculiar. Why would Professional parasite Jose Antonio Vargas and his pet project “Define America” take down a post lecturing Americans, yes, “Americans”?

I had assumed the website had simply been updated at some point, and that said update had killed some old URLs—VDARE.com is well aware of how that can happen.

But that was not it at all. The post was deleted. I headed to the trusty WayBack Machine to see if I could find an archived version. Per usual, I did, but curiosity compelled me to see if I could not figure out when the post had been deleted. I discovered this much: In 2016, the final two times the WayBack Machine archived the page were on June 4th and November 16th. On June 4th, the page was there. On November 16th, the page was gone.

For the life of me though, I cannot think of what happened between those two dates that may have led Jose Antonio Vargas and his cadre to delete a snotty post about how Latin Americans understand geography better than “Americans.” 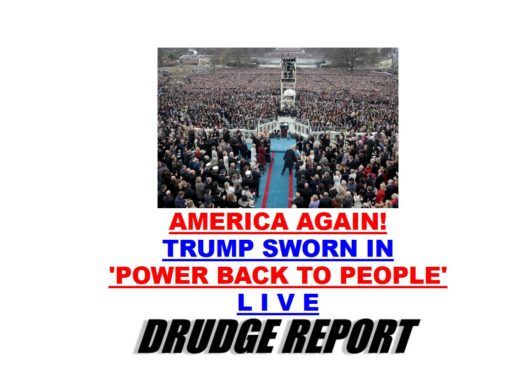