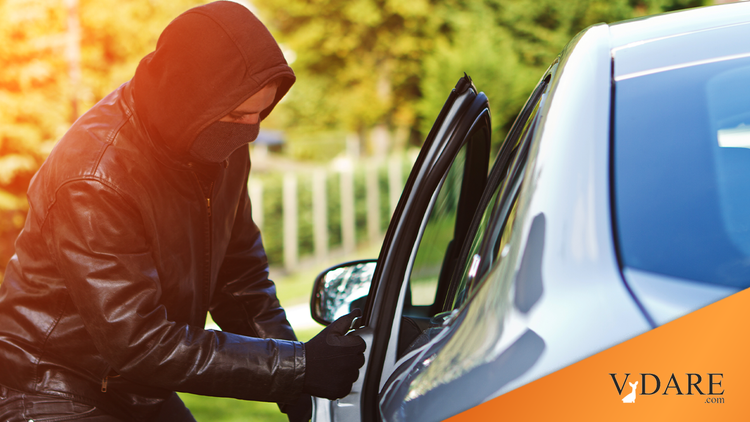 Why carjackings have skyrocketed in parts of the country during the pandemic
Carjackings have shot up 537% in Minneapolis this year.
By Andy Fies
December 12, 2020, 9:40 AM

After almost 30 years working as a firefighter in Chicago, Lt. Dwain Williams was familiar with danger.

So perhaps it is not surprising that when confronted by three men trying to take his car, he was prepared to fight rather than forfeit his SUV. He drew the gun that he legally carried. But the carjackers also had guns and fatally shot him, fleeing as they did so. A week later, they remain on the loose.

The assault on Williams, captured on surveillance video recently released by the Chicago police in an effort to identify and catch his killers, focused attention on a dramatic spike in carjackings there. In all of 2019, there were 501 incidents of that crime. So far that number has more than doubled to 1,125 this year, according to the latest Chicago police statistics.

But Chicago is neither the only nor the worst example of this disturbing crime trend. Minneapolis police report that carjackings there have shot up 537% this year. …

Data for auto theft is easier to come by and, according to Herrmann, the numbers show that crime is also spiking in many cities this year, including a rise of 68% in New York, 36% in Los Angeles and 34% in Philadelphia. But carjackings draw attention as the violent, potentially fatal version of auto theft.

“Carjacking is just lazy car thieves or violent car thieves,” said Herrmann. “The normal car thief is going to steal your car while you’re working or sleeping and you’re not going to find out your car is stolen until six hours later.”

And he explains that the pandemic, which has normalized mask-wearing, makes these thefts easier.

“If we weren’t in a pandemic and you saw a guy coming up to your car with a mask on, you probably would freak out and hit the gas pedal,” he explained. “But nowadays, everyone’s wearing masks. So there’s this anonymity part of the pandemic that I think a lot of criminals are taking advantage of.”

Masks and George Floyd Worship don’t really go together, do they?

In the 1960s, I watched a lot of cowboy TV shows, so the correlation between masked men and robbing people with a six-gun was pounded home. But that was a long time ago, so nobody remembers it.