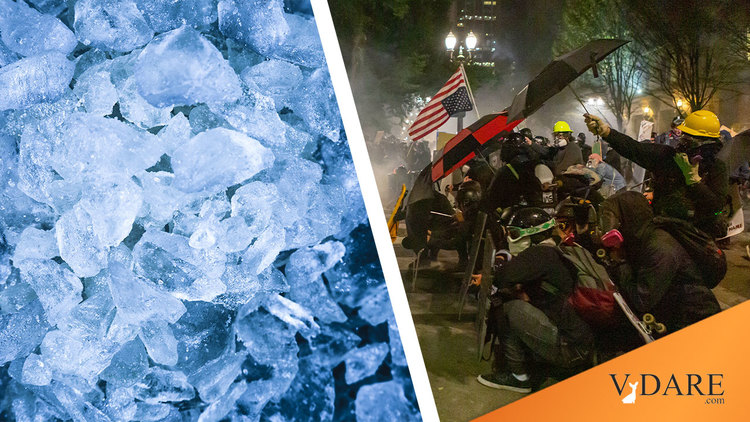 How much of the extraordinary behavior of Antifa lowlifes in 2020, such as in Kenosha, was due to the newer P2P recipe Mexican meth that according to reporter Sam Quinones tends to induce effects resembling paranoid schizophrenia in users?

As I talked with people across the country, it occurred to me that the P2P meth that created delusional, paranoid, erratic people living on the streets must have some effect on police shootings. …

“We knew when the Mexican meth hit because people went crazier. Before that, police shootings were not common,” Cox told me. “Now there’s this new category of people starting shootouts with APD SWAT when they have one bullet and acting like they thought it would work.”