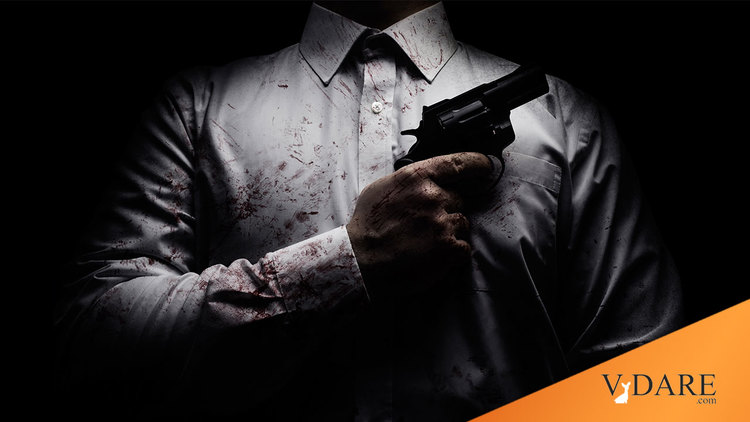 Are Mass Killing Shooters The New Serial Killers Or The New Political Assassins?

Alfred Hitchcock’s Psycho in 1960 and John Frankenheimer’s The Manchurian Candidate in 1962 were two of the most brilliantly made movies of their time, both in black-and-white with Freudian incest themes. Personally, I don’t like Psycho, but I’m not a fair judge because I don’t like horror movies. I think The Manchurian Candidate is one of the movies that works the best of all those I’ve ever seen, but that’s just my opinion.

And both seemed to usher in eras with large numbers of their subject matter: serial killing and political assassination, respectively.

Psycho is often said to be the first slasher movie. It made Hitchcock $15 million, and was followed by famous real-life serial killers like the Boston Strangler and Richard Speck. The Manchurian Candidate was certainly not the first movie about political assassination (predecessors included D.W. Griffith’s 1915 The Birth of a Nation), but the subject had somewhat faded from American life in the three decades since Chicago Mayor Anton Cermak was shot sitting next to President-Elect FDR in 1933.

It’s probably impossible to statistically determine whether there’s any relationship between these superbly made movies and their real life extensions in sex killers and political assassins, just as the relationship, if any, between the tens of millions of players of first person shooter video games and the tens of mass killing shooters is beyond the tools of social science.

But here’s an interesting theory. While it’s often said that the decline in serial killers is due to would-be serial killers turning into mass killing shooters, they seem rather different personality types, one furtive, hedonistic, and self-preserving, the other exhibitionist, non-sexual, and self-destructive. But a reader suggests that it’s more likely that the fame-seeking assassins of the past are, more or less, the fame-seeking mass killing shooters of today:

So Lee Harvey Oswald or Arthur Bremer today would slaughter a bunch of children or grocery shoppers rather than mess with the modern Secret Service?

Yeah, I could see that. It makes more sense than that serial killers turned into mass shooting killers.