Michelle Go was by media accounts a lovely woman:  young, a graduate of NYU’s Stern School of Business, and charitable, working for years with the upscale Junior League to prepare homeless people for job interviews.

The Asian-American woman pushed into an oncoming train by a homeless man worked with homeless people for a decade. https://t.co/A5im2TK6kd

The overtures were not repaid.

A 61-year-old black man, Simon Martial, pushed her to her death in a subway station.

No major network will show the victim's picture because they are focusing on mental illness to redirect attention away from all the African Americans killing white and Asian people across our country. https://t.co/6ieEMqESIf pic.twitter.com/gZRzpbgEt1 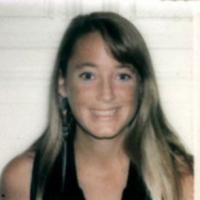 Go's tragic death is a twist on Amy Biehl Syndrome—like the white American girl activist murdered by a black South African in 1993, she was murdered by the very type of people she was trying to help.  Only Go was Asian, while Biehl was white.

I'll accept that Martial had some screws loose, but somehow, even schizophrenic black males seem able to cut through a sea of New York humanity to get the Asian woman.

For a male version of Amy Biehl Syndrome, check out the story of Samuel Collington, who was shot in the chest during a robbery in Philadelphia.

From the Philadelphia Inquirer:

Collington, a political science major and philosophy minor, was passionate about social justice issues and racial and income equality, friends said. He was the president of the Political Science Society for the last year and an officer of the College Democrats.

Just last month, he lobbied for Temple’s funding in Harrisburg as part of “Owls on the Hill,” and in the past, he had canvassed for Planned Parenthood, the ACLU, and Vermont Sen. Bernie Sanders. At the time of his death, he worked as a democracy fellow in the Office of the Philadelphia City Commissioners, the agency that runs city elections. 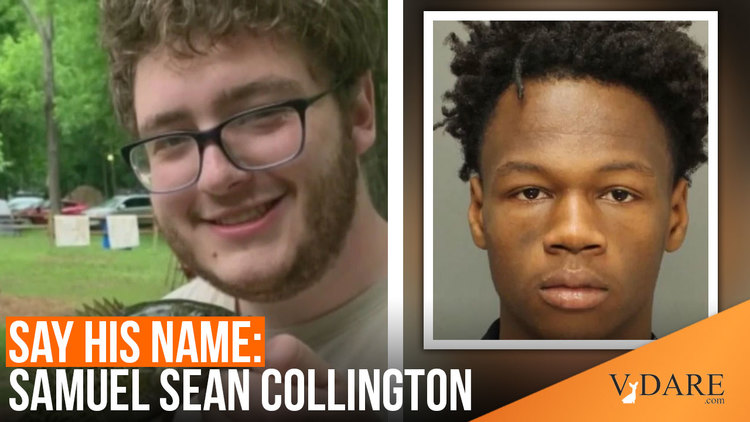