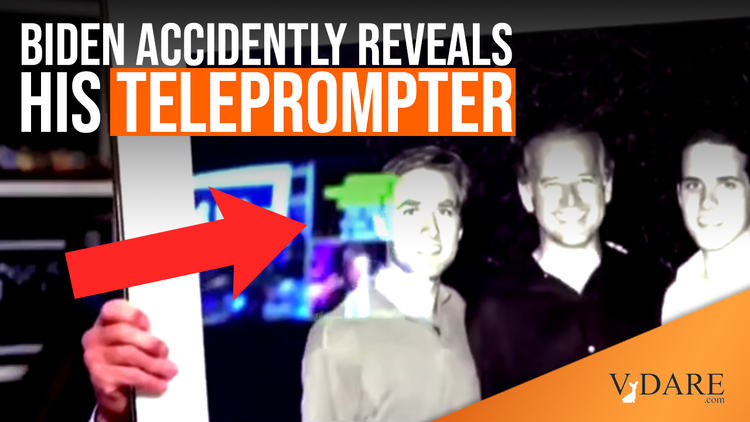 Earlier: Joe Biden Has Left The Building: It Will Be A Kamala Administration On Day One

What is happening here in this interview w/ @JoeBiden? After he says he’ll freeze deportations once becoming president, he tells someone off camera, “I lost that line.” Telemundo’s @jdbalart then tells him “We can talk you and I on that.”

José, was he reading his responses? pic.twitter.com/Yoausx0zTr

These are understandable reactions. While they illustrate the absurdity of democracy, though, they don’t destroy it. The obvious collusion between putative news sources and the Democrat presidential campaign does that.

The only way the campaign is able to come up with written responses for Biden to read while being interviewed by CBS and Telemundo is if his campaign received the questions in advance. These are not soft or friendly interviews, these are professionally produced campaign ads. Biden’s campaign should report them as in-kind donations. Not doing so is a blatant violation of campaign finance laws.

Donald Trump needs to sit down and study this well enough to have command of it next week, assuming the first debate takes place as scheduled. Ask Biden point blank if he uses a teleprompter during media interviews and call him out for lying if he tries to deny it.

People hate the media—for very good reason, as we see here. They’re predisposed to take the president’s side in a rigged game, and people will home in on all the instances of implicit rigging the rest of the night. Trump needs to force this issue early, within the first few statements he makes and then hound Biden with it every time he fumbles.