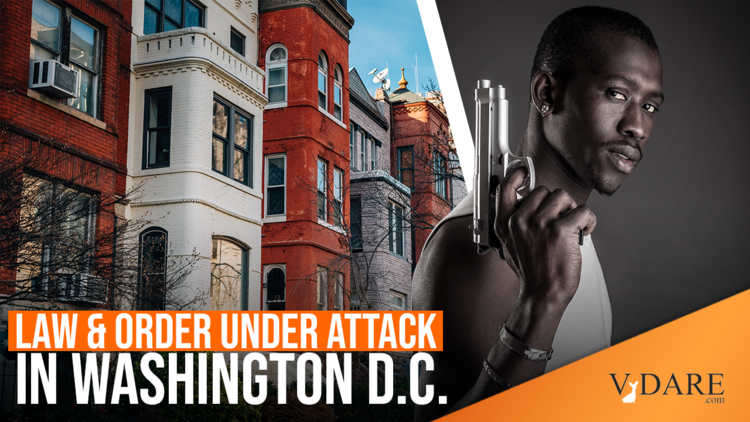 Because gun-crime prosecutions disproportionately impact the black community (because that’s the primary community committing gun violence in not only Washington D.C., but all of America) black prosecutors in America’s capital city are calling for the criminal justice system to be more “fair.”

As protests against police brutality and systemic racism filled streets across the country this summer, a group of Black prosecutors in the nation’s capital began thinking about how they, too, could take a stand.

They shared the outrage over the deaths of George Floyd, Breonna Taylor and other Black people at the hands of police. But the demands for change also sparked soul-searching about their own roles in a massive criminal justice system that some had been a part of for decades.

They called for implicit bias training for prosecutors and the end of a strategy for gun-crime prosecutions they said disproportionately targets Black communities. They also called for a new focus on alternatives to incarceration.

They said the job of a prosecutor should not be confined to an office or courtroom. Prosecutors, they said, should develop relationships in the communities they serve, attending meetings and events. And prosecutors should be required to visit the city’s jail to better understand the impact on those who are locked up.

The proposals, the prosecutors wrote, would lead to better decisions in prosecuting cases and help secure trust and bring more just outcomes in a city where they said the majority of victims, suspects and witnesses are Black.

“If we purport to be an institution that regards these stakeholders as people, rather than merely numbers or statistics, our response to the instant crisis matters,” the prosecutors wrote in the June 16 memo obtained by The Washington Post. “And make no mistake about it, unequal treatment under the law is a national crisis.”

“… help secure trust and bring more just outcomes in a city where they said the majority of victims, suspects and witnesses are Black.”

Wouldn’t it be easier just to make it illegal for blacks to own firearms? Isn’t this a more just and fair idea, when basically every fatal/nonfatal shooting in Washington D.C. has a black suspect? We already pool too many resources into this community because they commit all the gun violence in DC, so why not just make it illegal for black individuals to own firearms, since collectively they commit almost all the gun violence?