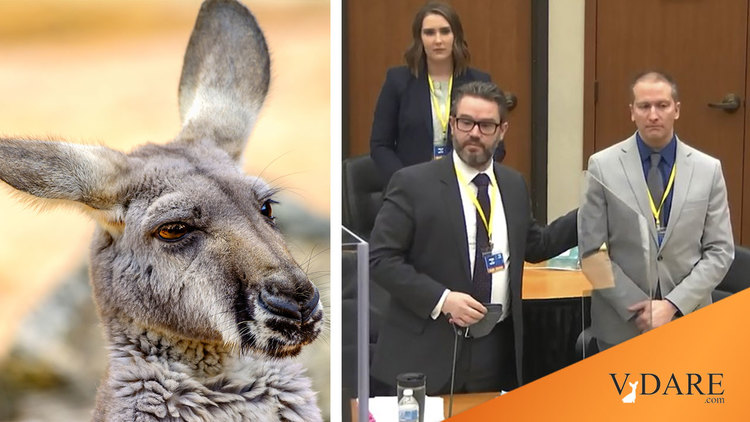 Earlier: JOHN DERBYSHIRE: The Chauvin Case—David vs. Goliath In Minneapolis…And In America

The Derek Chauvin trial in Minneapolis, in the second week of jury selection, has been thrown into disarray by the decision, approved unanimously last Friday by the City Council, to pay $27 million to the family of George Floyd.

This is the largest pretrial settlement in a police civil rights wrongful death case in U.S. history. It's also the biggest sum ever paid by the city, even bigger than the $20 million they paid out in 2019 to the family of young white woman Justine Damond, who was shot and killed by a black Minneapolis police officer in 2017. You remember all the riots and mayhem that followed that killing, I'm sure.

"Floyd's family and their legal team welcomed the settlement," the Washington Post tells us [George Floyd’s family to receive record $27 million in settlement approved by Minneapolis City Council, by Holly Bailey and  Toluse Olorunnipa, March 12, 2021]. His family? Who would that be? The Post only mentions a brother and a nephew. Floyd had at least five children, though, so presumably there are baby mommas with claims on the prize, too.

Jurors and prospective jurors who heard about the award might reasonably take it as a confession of guilt-by-proxy on the part of the City Council, thus disposing the jurors to assume Chauvin guilty. Two jurors already selected have now been de-selected on just these grounds.

If any person of authority in the state of Minnesota cared about Derek Chauvin getting a fair trial, they would relocate this trial to whichever point of their state is furthest from the wretched city of Minneapolis and its loathsome jellyfish of a mayor, Jacob Frey. Nobody does care, though, so this show trial will proceed to its foreordained guilty verdict, following which Officer Chauvin will be handed over to the tender mercies of Merrick Garland's Justice Department for a couple more life sentences.

I'd call this "kangaroo justice," but that would be an insult to kangaroos.