Chapman University Holds Multicultural Segregated Graduations, Including "APIDA"—But None For Whites, Of Course

Chapman College is holding various racial graduation ceremonies for a variety of oppressed groups, separate from the main one.

Chapman University will be hosting segregated "Cultural Graduation" ceremonies in July and August based on various racial and identity categories.

'There is no separate graduation for exceptional academic achievement, but one for someone’s skin color,' remarked one student.

The upcoming ceremonies in July and August still drew criticism for not capitalizing the 'd' in the 'disability Graduation Celebration.'

Note, above, that "disability" is in lower-case, that's apparently on purpose because it's symbolic of something boring, and drew a boring response from a snippy disabled person who said stuff like "Also when explaining disability, try to assume you’re not talking to abled people".

You'll notice, below, that each group has its own mortarboard colors, some self-explanatory, some not, but I'm sure the explanations for those would be boring, too.

The APIDA was a new one on me, it turns out to stand for "Asian Pacific Islander Desi American" which adds Hindus, who come from the Asian Sub-Continent, as part of Asian-Americans in the hope of increasing the size of the pressure group.

Note that these groups are frequently people who hate each other—the Chinese haven't forgotten the Japanese Rape of Nanking, for example—but on campus they're organized to hate whites.

The one group which doesn't get a graduation ceremony: white Americans, of course! They're the founders of  Chapman College, which was founded the same day and hour as Abraham Lincoln was inaugurated, and unusually for a college in 1861 resolved to "students regardless of sex or race."

Well...that was then, this is now. 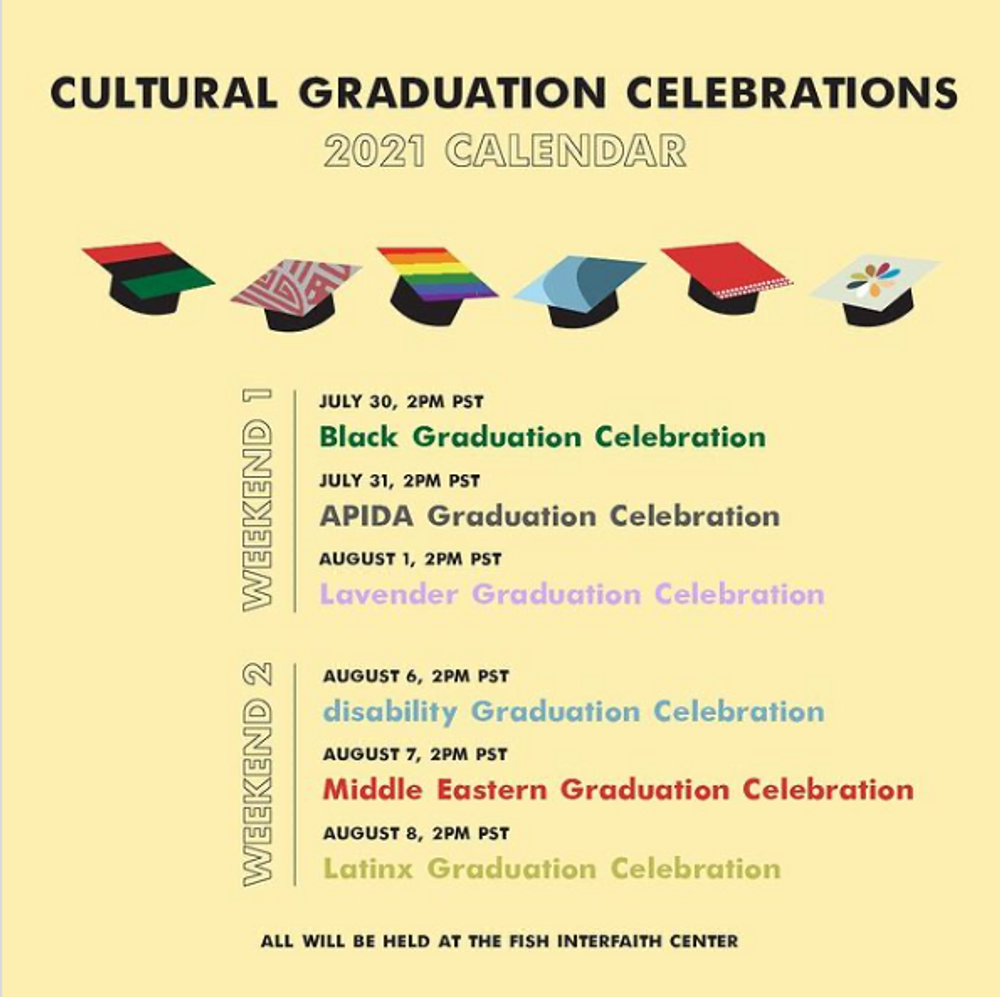