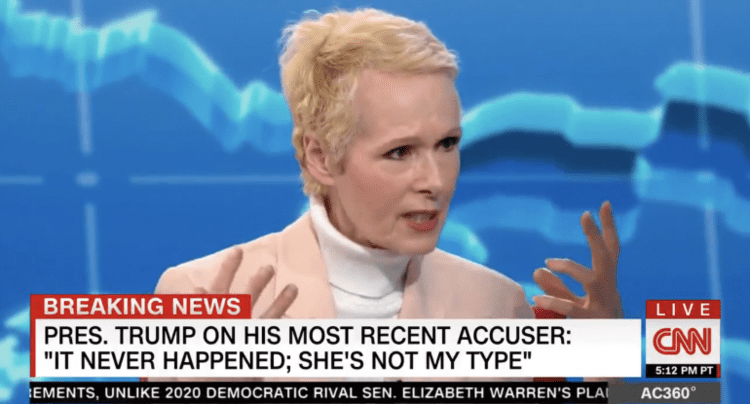 Anderson Cooper: I think most people think of rape as a violent assault.

E. Jean Carroll: I think most people think of rape as being sexy. Think of the fantasies. https://t.co/qJFRFF6AW7

This lady’s memoir about all the famous men like Donald Trump and Hunter S. Thompson who just can’t stop raping her due to her overwhelming sexiness reads like a cross between a bodice ripper romance novel entitled The Maiden Who Was Ravished by the Pirate Captain and a Letter to Penthouse.