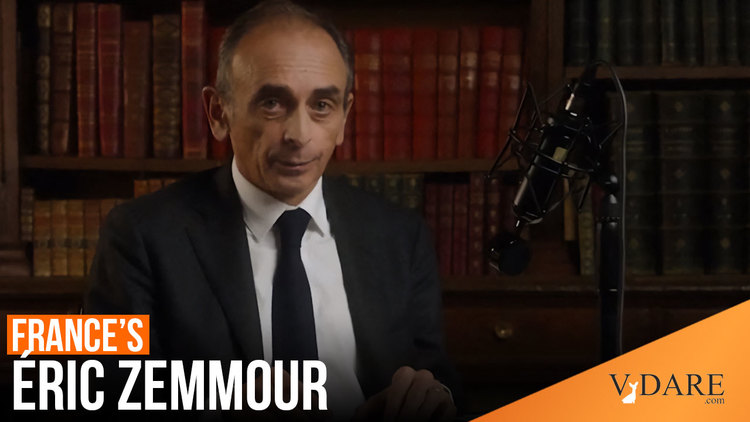 Éric Zemmour's Great Announcement Speech: A National Conservative Such As We Americans Can Only Dream Of

Tuesday this week Éric Zemmour announced that he will be a candidate for President of France in their election next April.

I first heard about Zemmour last month, from a francophone friend whose political sympathies match closely with my own. Zemmour is, my friend told me, a National Conservative such as we Americans can only dream of.

Not being much concerned about French affairs, I did not give Zemmour much thought. Then this afternoon, Friday afternoon, as I was setting up to record the podcast, my friend sent me a ten-minute YouTube clip of Monsieur Zemmour announcing his candidacy. It was one of the most stirring and eloquent political speeches I have ever heard.

Listeners, I urge you to watch that speech. Zemmour speaks in French of course, but there are running English subtitles. Just click "Watch On YouTube"—the YouTube corporation, in its censorious way, doesn't think National Conservative politics are suitable for children.

It's ten minutes and it's simply brilliant. If there is anyone as smart, well-spoken, fearless, and patriotic as Monsieur Zemmour in American public life, I urge him to step forward and offer himself to voters for 2024.