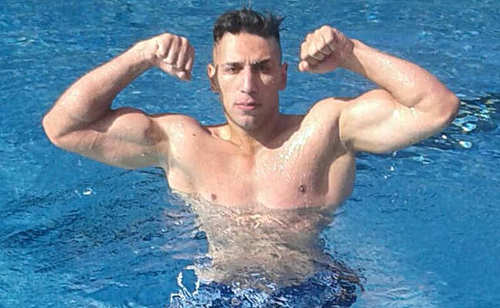 As you may have heard, the new center-right prime minister of Finland, Juha Sipilä, is one of the few Europe elites to actually promise to share some of his own personal housing stock to help out refugees. But the story behind his generous decision turns out to be illustrative of several themes that haven’t gotten much attention in the conformist press yet.

The prelude was played on Saturday evening when Finnish TV station MTV broadcast a short conversation between the Finnish prime minister Juha Sipilä and an asylum seeker called Fahad Firas at the Oulu refugee centre.

In the interview the boy explains that he may look big but he is only 17 years old and he can prove this. He also states that his father was killed and he, himself, was kidnapped. The boy says that he is from Iraq. The prime minister just keeps on listening and nodding with sympathy.

Refugee Boy starts chatting up the Finnish PM in excellent English at 0:21 in the video.

The prime minister was so touched by his encounter with the refugees that he agreed to let his house in Kempele, a municipality next to Oulu, become a home for refugees at the turn of the year, when his own family moves to southern Finland.

Seeing the interview, people could not believe their eyes, and began to search for more information; there was a lot to be found.

He may have some military background, and he has been staying in quite many countries, for example Germany and Bulgaria, before coming to Finland.

According to his own posting on the internet he seems to have spent some time in prison when he was younger.

He is a servant of Allah and likes to build up his upper body.

In case you are wondering, the Finnish prime minister has a wife, with whom he has had five children. (I can’t tell how many of them are daughters. You might think a man with daughters might be a little concerned about who is showing up claiming to be Refugee Boys, but that’s racist or something, I guess.) The first couple of Finland met long ago at Protestant summer camp.

Here’s Refugee Boy’s Facebook page, which gives you an amazing inside look at what being a refugee is like in the smartphone age. Check it out before it gets deleted.

Camp Of The SaintsDiversity Is Strength
<< Previous
Next >>
LATEST