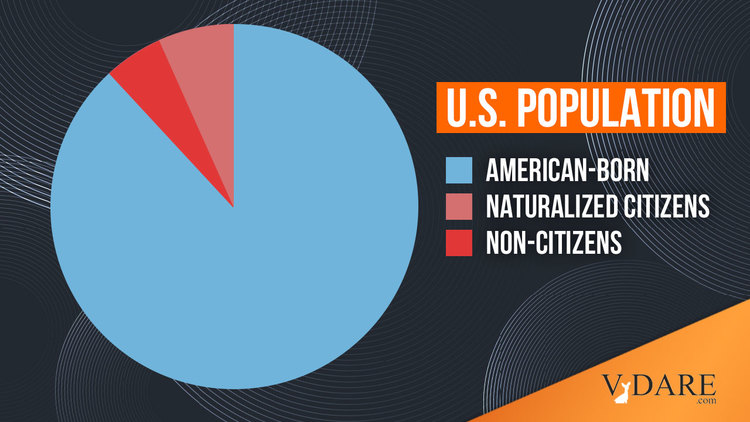 The recently-released American Community Survey reports that of 331.9 million people living in the United States, 45.3 million were born in foreign countries. That’s 13.6 percent

The largest contingent, 22.7 million, were born in Latin America. Another 14 million were born in Asia. They account for 81 percent of the foreign born. 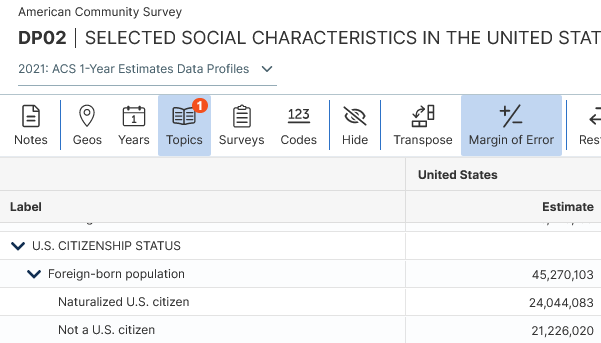 Another report from the Census Bureau says the number of foreign born is 46.8 million, Steven Camarota of the Center for Immigration Studies observed, but that figure is in a health insurance report [Just-Released Data Shows Foreign-Born Population at 45.3 Million in 2021, September 15, 2022].

Two more frightening numbers: 67.7 million people speak a language other than English at home, most of them Spanish, of course, and 25.9 million don’t speak English very well. Combined, that’s 93.5 million, or 28.2 percent of the population.

But remember, The Great Replacement is just a “white nationlist conspiracy theory.”