From West Hunter, the blog founded by Gregory Cochran and the late Henry Harpending:

Live Not By Lies

The Genomics of Race and Identity

… Reich explains how recent genetic analysis shows that people’s genes cluster in ways that correspond pretty well with old-fashioned notions of ‘race’. He prefers to talk about ‘ancestry’, because (in his view) the word ‘race’ is too ill-defined and loaded with historical baggage. Whatever.

He goes on to say that people that deny the possibility of substantial differences between populations just can’t do it anymore: they’re putting themselves in an indefensible position. He is wrong: sure, their position is logically indefensible, the facts are against it, but what does that matter? The significantly crazier idea that there are no differences between the sexes – that sexual dimorphism itself is a myth promulgated by the Gnomes of Zurich or the orbital mind-control lasers – has become very powerful in much of the Western world: barking-mad craziness apparently doesn’t need to defend itself.

He says that geneticists have tended to ‘obfuscate’ on this topic, mentioning Richard Lewontin. I’d put it a bit differently: they lie.

Reich mentions independent genome bloggers [Reich specifically mentions in his book Razib and Dienekes], some of them skilled analysts, who are on the whole less inclined to go along with the usual falsehoods. He thinks that means you can’t keep up the charade: again, he’s very likely wrong, not least because those skilled genome bloggers have a tiny audience. More important, Reich himself doesn’t want to keep up the charade. That may matter.

David Reich’s views on these questions are not ultra-sophisticated, but I don’t expect them to be. He has a huge amount on his plate running a pioneering ancient DNA analysis factory that has been immensely productive. Most of his stances on political / ideological questions are straightforward defenses of his right to keep doing what he’s doing without getting shutdown by obscurantist science denialist defenders of the conventional wisdom.

Reich goes on to demolish some fairly common false arguments about how different human races – excuse me, ‘ ancestral populations ‘ – really can’t be very different, at least not in any traits that would upset people. You know, for the same reasons that dog breeds can’t really be very different.

It would seem theoretically possible for Reich to deny that he was interested in “behavioral genetics” and instead emphasize that he’s practicing “population genetics” that doesn’t have anything to do with differences in human performance; instead, he could say, he’s concentrating on “junk genes” that don’t do much functionally but do serve as markers to track ancestry.

But he is interested in all kinds of genes, so he doesn’t bother to try that excuse.

He also knows that the plus alleles, that ones that increase intelligence, are getting rarer at a scary pace, decreasing IQ at something like a point a generation. This illustrates a pattern with Reich: this was roughly understood a long time ago, just from looking at demography and fertility patterns. It was known before genomic analysis existed. Cyril Kornbluth knew about it back in the 1950s – thus his short story “The Marching Morons”. Reich could have known this when he was twelve, but I doubt if he did. Reich often seems to think that if a result wasn’t proved using powerful contemporary genomic methods (what he uses), it wasn’t really known at all. If I don’t know it, it’s not knowledge: that’s a wrong way of thinking.

True, but Reich starting out from a politically correct family background makes his testimony on the science an admission against interest.

Reich’s upbringing was extremely unimpeachable by current MSM standards. Here is his father’s biography on the George Washington University website:

Walter Reich is the Yitzhak Rabin Memorial Professor of International Affairs, Ethics and Human Behavior, and Professor of Psychiatry and Behavioral Sciences, at The George Washington University; a Senior Scholar at the Woodrow Wilson International Center for Scholars; and a former Director of the United States Holocaust Memorial Museum.

So David Reich’s crimethink on genetics can’t be blamed on his having heard Bad Thoughts from his dad around the family dinner table, or the entire moral hierarchy of The Establishment would be up for grabs.

… And he expects that more such racial differences will be found – but now he has to weasel again. He says that nobody knows what those differences will be! So we might find that, in terms of fundamental biological potentials, Koreans are dumb while Pygmies are tall. Suuuuuuuuuuuuuure. That could happen.

Next he slams people that suspect that upcoming genetic genetic analysis will, in most cases, confirm traditional stereotypes about race – the way the world actually looks.

The people Reich dumps on are saying perfectly reasonable things. He criticizes Henry Harpending for saying that he’d never seen an African with a hobby. Of course, Henry had actually spent time in Africa, and that’s what he’d seen. The implication is that people in Malthusian farming societies – which Africa was not – were selected to want to work, even where there was no immediate necessity to do so. Thus hobbies, something like a gerbil running in an exercise wheel. …

Then he attacks Watson, for asking when Reich was going to look at Jewish genetics – the kind that has led to greater-than-average intelligence. Watson was undoubtedly trying to get a rise out of Reich, but it’s a perfectly reasonable question. Ashkenazi Jews are smarter than the average bear and everybody knows it. Selection is the only possible explanation, and the conditions in the Middle Ages – white-collar job specialization and a high degree of endogamy, were just what the doctor ordered.

Watson’s a prick, but he’s a great prick, and what he said was correct. Henry was a prince among men, and Nick Wade is a decent guy as well. Reich is totally out of line here: he’s being a dick.

Oh, wait, my mistake. Looking at the index of Who We Are and How We Got Here, I see Cochran’s name, listed in conjunction with Harpending’s and Hardy’s for their paper on Ashkenazi intelligence. So I was wrong to to assume some craftiness on Reich’s part.

As Cochran goes on to say, Reich isn’t particularly adroit at Machiavellianism:

Now Reich may be trying to burnish his anti-racist credentials, which surely need some renewal after having pointing out that race as colloquially used is pretty reasonable, there’s no reason pops can’t be different, people that said otherwise (like Lewontin, Gould, Montagu, etc.) were lying, Aryans conquered Europe and India, while we’re tied to the train tracks with scary genetic results coming straight at us. I don’t care: he’s being a weasel, slandering the dead and abusing the obnoxious old genius who laid the foundations of his field. Reich will also get old someday: perhaps he too will someday lose track of all the nonsense he’s supposed to say, or just stop caring. Maybe he already has… I’m pretty sure that Reich does not like lying – which is why he wrote this section of the book (not at all logically necessary for his exposition of the ancient DNA work) but the required complex juggling of lies and truth required to get past the demented gatekeepers of our society may not be his forte. It has been said that if it was discovered that someone in the business was secretly an android, David Reich would be the prime suspect. No Talleyrand he.

It says something about our times that a great lab scientist like Reich feels the social/political obligation to engage in this kind of silliness even though he’s no good at it. 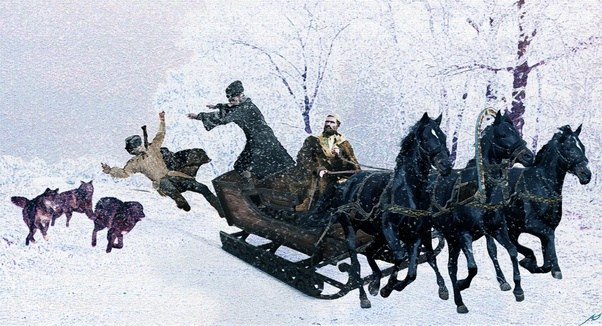