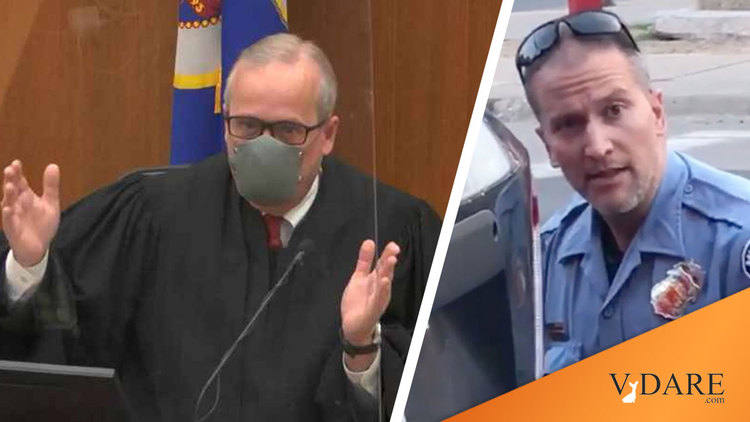 Guide To Derek Chauvin Case: Why Police Are Innocent

Earlier (May 30, 2020): Even Right Abandoning Accused Minneapolis Cop—But They Shouldn't

If you are interested in the Derek Chauvin trial, from anosognosic:

Why the police are innocent in George Floyd’s death

This post will lay out the case that George Floyd died of a drug overdose and the police acted largely correctly in the encounter, and that, consequently, the establishment media have been lying to you for the better part of a year.

I don’t know much about law or medicine, but, for whatever it’s worth, I’m guessing the case will depend upon: