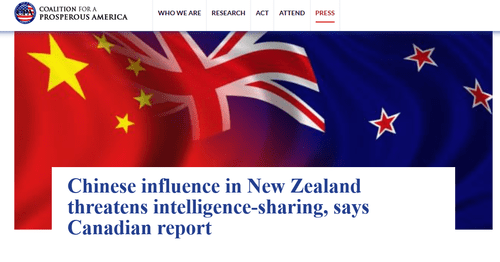 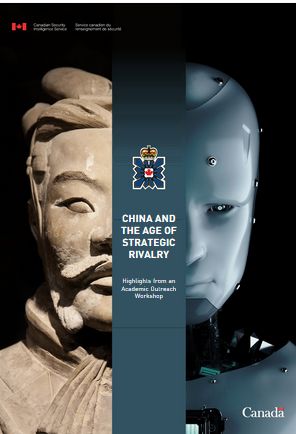 We know immigration has consequences. And so does treason. Apparently Chinese have co-opted the elites and influenced the Chinese immigrants to the extant that New Zealand can no longer be trusted with shared intelligence according to a Canadian intelligence report.

"...China seeks to gain advantages in trade and business negotiations, suppress negative views of China, facilitate espionage and control the views of the   Chinese expatriate community in New Zealand, according to the report. Ultimately, Beijing seeks to “extricate New Zealand from […] its traditional [military and intelligence] partners]” as a means of asserting its regional and —eventually— global influence, the report concludes."

"...the influence of the Chinese Communist Party in New Zealand is so deep that it raises questions about whether the Pacific Ocean country can continue to  share intelligence with the other members of the Five Eyes alliance."

The actual report is available on Scribd. Of course China has long had thousands of firms here dedicated to stealing American technology as well as college students and immigrants willing to help--and neither Republican or Democrat administrations have done much about it. As we have seen in Taiwan, many who should be opposed to China are all too willing to get on board what they see as the future richest and most powerful country. Many Chinese (most?) have no morality other than accumulating money and power. We can’t expect the kind of assimilation we saw with World War II Japanese Americans—America no longer tries to assimilate foreigners, and the Chinese refuse to be assimilated.

An interesting development is the more recent colonization of American technology businesses and communities by Indians. As Indians and Chinese have a history of hostility, one wonders how India versus China will play out in the quest to steal technology and defense secrets. In the end it may be all about who pays the most money—and China is the one with the bucks.