Just imagine if the government of Indianapolis (and for that matter, every government in major U.S. cities) treated the black population as a liability to public health, instead of pretending black people are the victims of relentless white racism. H/T to the late Colin Flaherty for that concept, by the way.

Well, a report from the Indianapolis Office of Public Health concludes that 18-35 year old black or Hispanic are the root cause of violence in the city, and those are two key risk factors in identifying perpetrators of violence.

INDIANAPOLIS — As Indianapolis leaders look into how to reduce violence across the city, the Office of Public Health and Safety are looking to the root causes for violence.

The office says research has identified eight risk factors for becoming a victim or perpetrator of violence. These risk factors include:

Of these risk factors, the age, race, employment, education and shootings categories are able to be tracked using publicly-available data. Using data from the U.S. Census Bureau along with IMPD shooting data, we were able to track where in the city people were at the most risk.

Research from the National Institute for Criminal Justice Reform (NICJR) shows victims and suspects of homicides and shootings are primarily Black men between the ages of 18-34. This is despite Black citizens comprising only 29 percent of the overall population in Indianapolis. 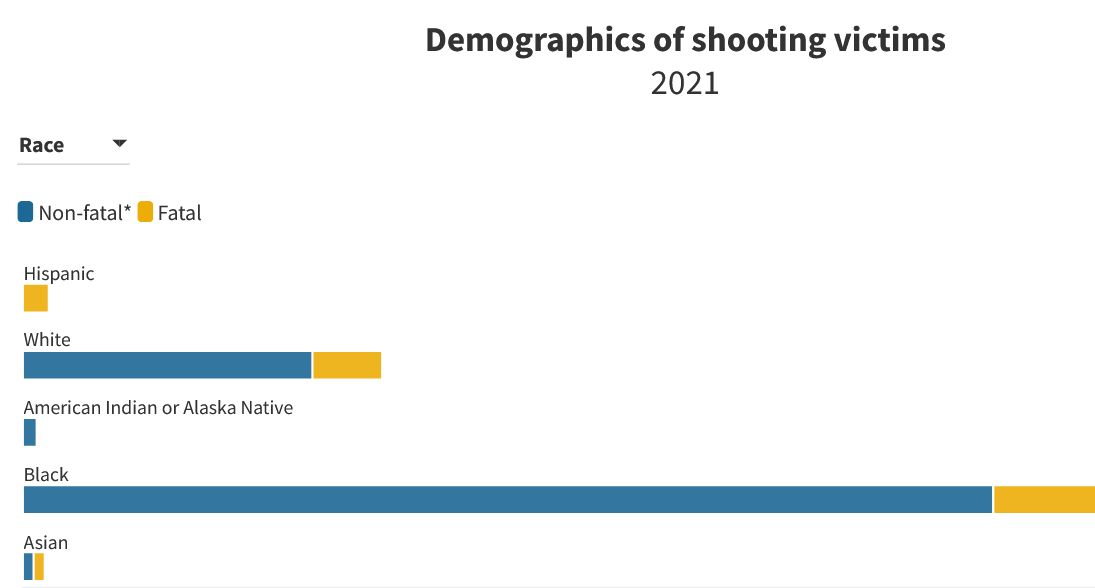 One of the highest concentrations of people in that age range is Census Tract 3910, within Indianapolis’ downtown neighborhood. Of the 6,323 people living in this area, 4,855 are within the risk age range.

The deadliest area of the city, Census Tract 3308 within Indianapolis’ Far Eastside neighborhood, experienced 10 homicides in 2021, with 12 non-fatal shootings through the beginning of August 2021.

Of the 3,816 people who call this area home, an estimated 832 are between the age of 18 and 34. The majority of the non-fatal shooting victims were 23-years-old.

The report from the NICJR also found 77 percent of victims and suspects in homicides and shootings were Black, despite making up 29 percent of the overall population in Indianapolis. Using data from the American Community Survey, we were able to identify areas in the city with a higher Black population.

Census Tract 3302.02, within Indianapolis’ Far Eastside neighborhood, is predominantly Black. Of the 11,717 people who live in this area, around 6,794 are Black.

In comparison, the deadliest area of the city, one census tract away from 3302.02 is also predominately Black. Of the 3,816 people living in this area, 2,187 are Black.

How much violent crime would Indianapolis have if the city were all-white?

The Indianapolis Office of Public Health has concluded, with this report, not much.

As it is, in 60% white Indianapolis, the Indianapolis Office of Public Health lets us know who is most inclined to commit violent crime.

Now if only we instituted laws to protect the law-abiding, instead of throwing every resource behind the belief black people are relentless victims of white racism…