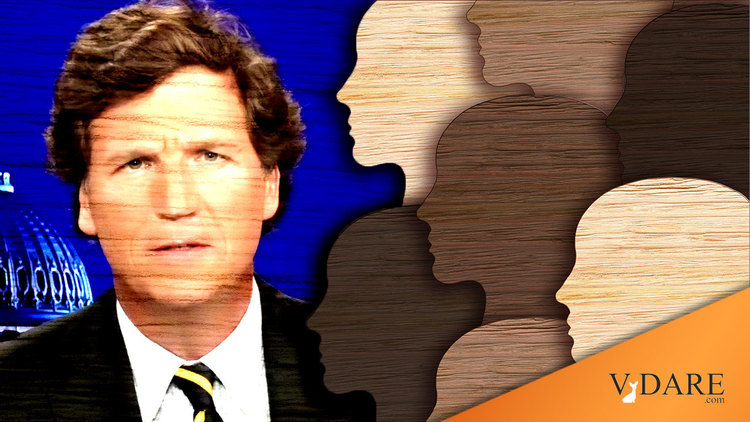 Instapundit, Ann Althouse, And Nate Cohn On Tucker, The "Great Replacement" And The Left's DoubleThink

Glenn Reynolds at Instapundit, someone we have accused in the past of being a Respectable Rightist, but who has been showing signs of Deplorableness, writes

IT’S ODIOUS, AND DEMOCRATS HAVE BEEN OPENLY GLOATING ABOUT IT FOR YEARS. IT JUST HASN’T WORKED OUT THAT WAY.

The “Great Replacement” theory is referred to elsewhere in the article, here: “Contrary to what Tucker Carlson says repeatedly on Fox News about the rise of ‘white replacement theory’ as a Democratic electoral strategy, the country’s growing racial diversity has not drastically upended the party’s chances.” That’s carefully worded. It doesn’t say that the Democrats do not have that strategy, only that it hasn’t worked as well as you might think. If it’s an odious strategy, then it’s bad whether it works or not.

Here’s how Publisher’s Weekly described the argument: “In support of their thesis they argue that the electorate is becoming increasingly diverse, with growing Asian, Hispanic and African-American populations—all groups that tend to vote Democratic. On the other hand, the number of white Americans, the voting population most likely to favor Republicans, remains static.”

Reynolds is linking to Ann Althouse, a conservative who's really respectable, and she's linking to Why Rising Diversity Might Not Help Democrats as Much as They Hope/Voters of color make up an increasing percentage of the United States electorate, but that trend isn’t hurting Republicans as much as conservatives fear, by Nate Cohn, NYT, May 4, 2021.

The thing you need to remember is that the Left has been cheering on demographic displacement under the name "The Browning Of America" since the 1990s.

It's only when you, I, or Tucker Carlson mention it that it's a "conspiracy theory."

And if the NYT's Nate Cohn doesn't like to think of "Replacement," what does he think of this:

"Damn it, Michelle, the Secret Replacement Master Plan is supposed to be secret, at least until after the November election! Why are you printing it in the New York Times in October? Are you crazy?"https://t.co/rwgF44pevU