Americans would rally around Trump if they understood that the jackals attacking him are the REAL subversive threat. 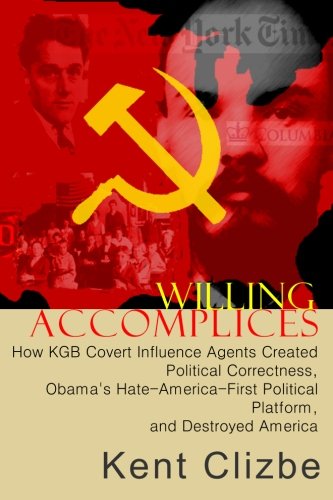 A former CIA espionage officer, Kent Clizbe, wrote a book in that helps to explain how former Soviet spies long ago set in motion the radical left ideas we see now.   Willing Accomplices: How KGB Covert Influence Agents Created Political Correctness and Destroyed America. He tells how the KGB, beginning soon after the Communist takeover of Russia in 1917, planted the toxic seeds in the gardens of the American media, entertainment, academia and education that are now exploding. The Soviets created front organizations to make people feel superior to normal Americans. They said that America must be changed from a “racist, sexist, homophobic, xenophobic, capitalist, imperialist hell hole.”

Around 1938, Stalin murdered all the Comintern / KGB officers who originally created the operation like Willi Muenzenberg.  After the 50s Red Scare, Soviet spies could not work openly in the U.S., but the seeds continued to yield harvests, Clizbe says. Though the PC movement now has no link to Communism, our valid election seems threatened by a virulent liberal coup d’état.

A perfect example of the truth of this:  Making Citizens: How American Universities Teach Civics [PDF]A Report by the National Association of Scholars January 2017. The report explains how many of the nation’s universities are openly brainwashing naive, inexperienced students and pushing them into radical activism instead of teaching them civics.  Our tax dollars pay professors to teach hate for our country, and provide jobs and internships working for radical leftist groups and demonstrating. Spotted any unrest lately?

The report even mentions brainwashing at a high school: They “‘tried to push students to engage more directly with power, with forces that prevent significant social change in the areas students were focused on.’” Students started the semester being asked to name one thing that makes them angry. One student commented “‘From everything we’ve said today, I’d say that a good citizen is someone who is angry and obnoxious in relationship with others.’”