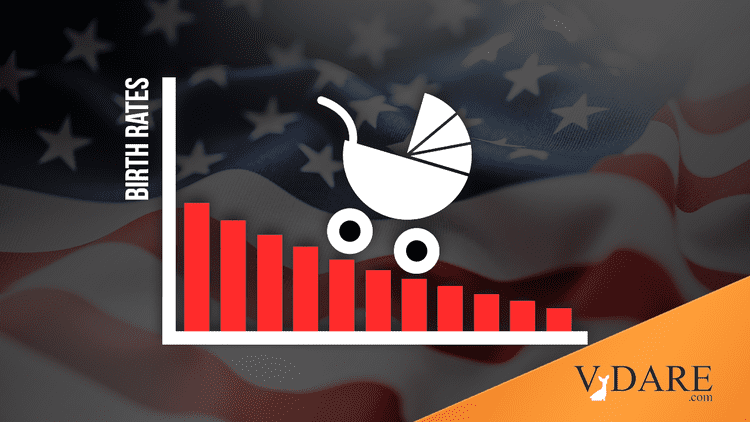 From Reason magazine (which really ought to look into changing its name to something more appropriate, such as Smugness):

As a historical example of panicking over birthrates, we read:

"Waves of birthrate anxiety swept through France at the beginning of the 19th century...

And, of course, all that French hysteria over Germany having a higher birthrate and thus being able to field a bigger army turned out to be just a hallucination as the Germans never ever bothered France again.

The article includes three mentions of Mark Steyn's America Alone., without mentioning the ongoing court battle in Canada over whether the leading newsweekly up there has the legal right to print part of it.

And, of course, there is zero mention in the article of the most prominent public calls for maintaining the quantity and quality of the race—from Jews.

For example, Elliott Abrams, who served during the first Bush II administration as Special Assistant to the President and Senior Director on the National Security Council for Near East and North African Affairs and then was promoted to Deputy National Security Advisor for Global Democracy Strategy, spent the Clinton Administration years trying to keep Jews from marrying shikses. Abrams wrote in Slate in 1999:

"But the accommodationists are wrong. Intermarriage is both inevitable in our open society, and immensely threatening to Jewish continuity here. The Jewish community must avoid excuses and circumlocutions, and recognize that only a powerful Jewish identity built on the faith and practice of Judaism can enable young American Jews to resist the temptation of intermarriage. Only that faith can explain to them why they should resist the melting pot and build a family that takes its place in the covenant of Abraham."

Putting a race warrior like Abrams in charge of America's Near East policy was a little like making Rev. Bob Jones III ambassador to Nelson Mandela's South Africa. But nobody seemed to notice the joke. That's just one of those things you aren't supposed to talk about, especially in Reason.